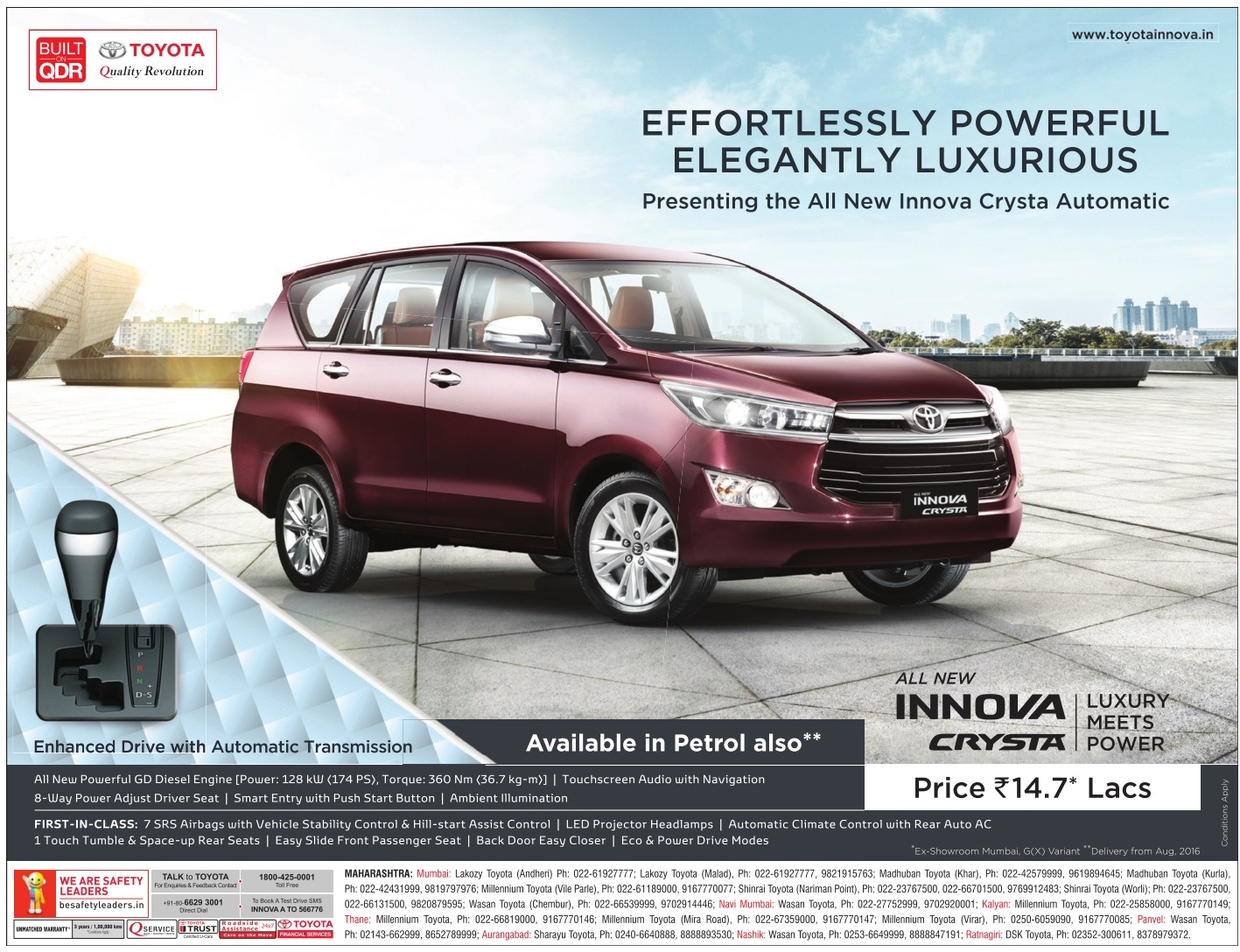 The MPV segment has been the ruling the ground of the Innova. The ban on registration of diesel cars above an engine displacement of 2,000 cc may not have impacted sales completely, but the tale would have been even more rosy without it. Also with more cities and states looking into the idea, it is only logical to have an alternative. Voila, the Innova Crysta petrol. After months of speculations Toyota has officially confirmed that the petrol Innova will be launching soon. In fact, deliveries of the same will begin from next month! Yes, folks in Delhi can finally get the new generation Innova. The company has also confirmed that deliveries for the same will begin from August 2016. 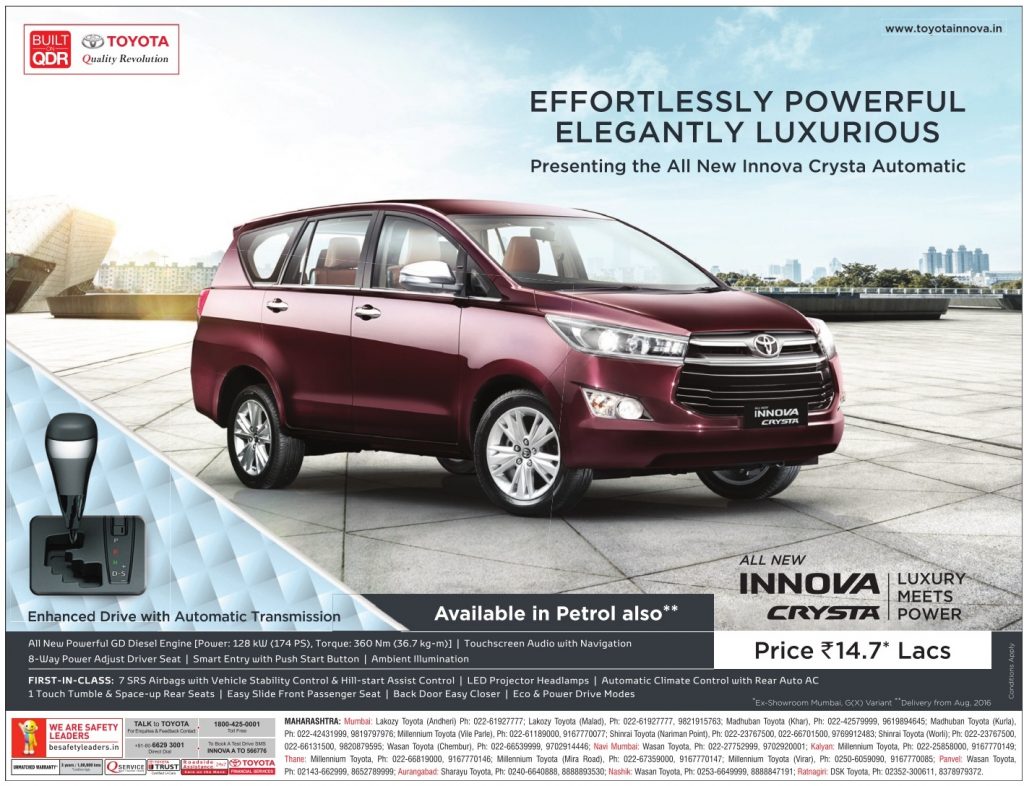 Powering the Innova Crysta petrol though, is expected to be the 2.7 litre mill sold in the Middle East which produces 164 hp of power and 245 Nm of torque. Transmission options can include a manual gearbox in the lower variant, with an automatic unit in the higher trims. Indonesia though, which was one of the first markets to get the new Innova, boasts of a 2.0 litre Dual VVT-i engine with 139 PS of power and 183 Nm of torque. The new Innova Crysta petrol will be cheaper than the diesel version to buy but will be pretty expensive to run. Let’s see what efficiency figure Toyota claims.