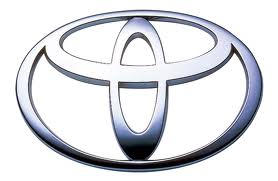 Toyota Kirloskar Motor, the Joint Venture between Toyota Japan and Indian Kirloskar Group has put forward its proposal to set up a diesel engine plant in India. The rapidly increasing demand for diesel vehicle and the Budget  for 2012-13 with no new tax proposals for diesel cars has made a favourable conditions for TKM to bring up this proposal.

According to sources the company has seen higher demands for its diesel cars especially sedan Etios and compact car Liva. Last year the company sold 63,575 units of Etios and Liva in which 70 percent comprises of diesel variants.

TKM, India has requested Toyota’s Tokyo headquarter to set up a diesel engine plant in India to meet the demands for diesel vehicles. However, further updates are not yet received and the company is still studying the proposal.

Society of Indian Automobile Manufacturers had earlier said that auto manufacturer  had hold back investments of over Rs 3,000 crore due to unclear tax on diesel vehicles and pricing of fuel. Maruti Suzuki India had already announced to invest Rs 1,700 crore to set up diesel engine plant at its Gurgaon Facility while Hyundai Motor India, is also looking forward for such plan.