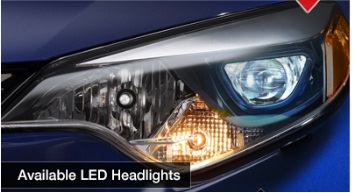 Ladies and gentlemen, get ready for the best looking Corolla ever! Always a neutral looker, Toyota intends to give a shot in the arm to the Corolla brand with some scorching looks.

Prior to its official unveiling on 6th June, Toyota has released a few teaser shots at their official Facebook USA page. Here are the teaser shots with their details:

Toyota is revealing the car bit by bit and what we see is what we like. The new Corolla has some aggressive flowing lines, right contours and as we have iterated earlier, this will probably be the first Corolla which will have ‘looks’ as one of its USPs! You can see the complete car ‘officially’ on the 6th of June ie 3 days from now as it gets unveiled in USA.

However, if you intend to lay its hands in India, you might just have to wait for a few months. According to the word out there, Toyota will not consider launching this new 2014 Corolla this year. Indian launch is expected to happen towards the first half of next year and no, we are not sure of which engines will it get in India, but we do hope and expect Toyota justifies a D-segment car with a proper D-segment diesel engine!