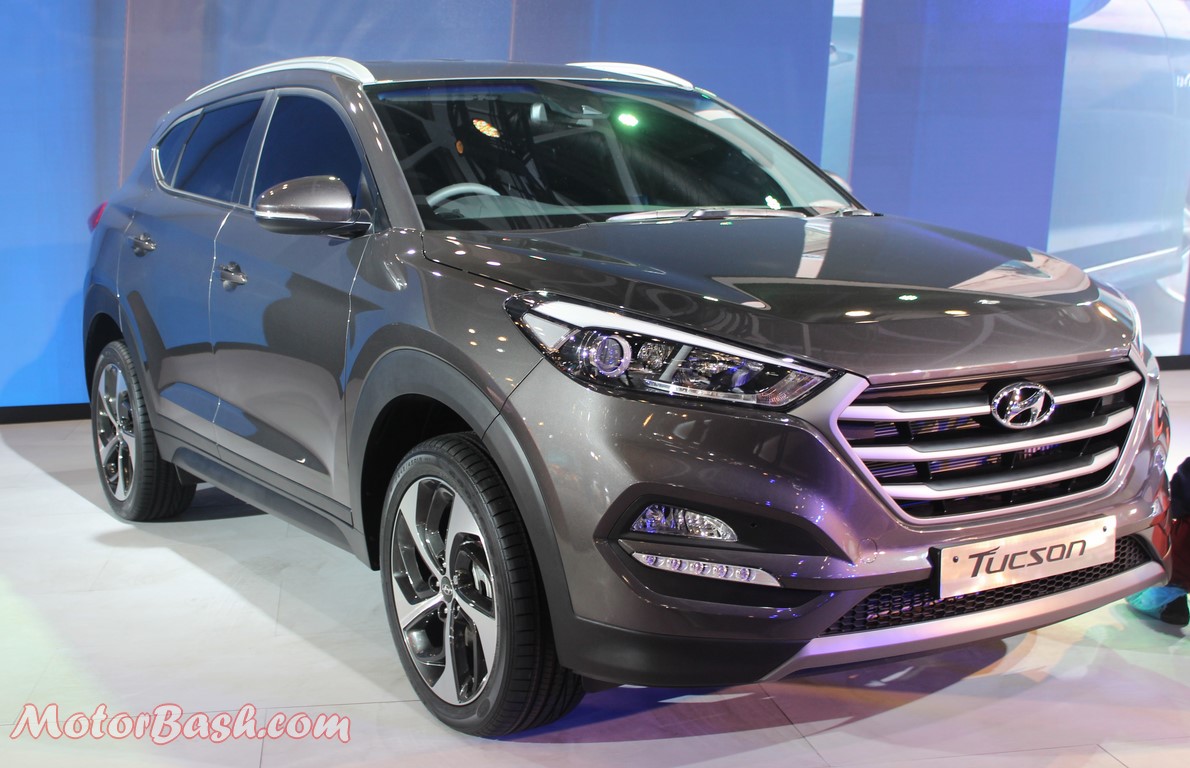 Hyundai is soon going to add another SUV in its line-up – the new Tucson. Unveiled at the Auto Expo 2016, the SUV/crossover is expected to be launched by the middle of this year possibly via the CKD route. This will mark the re-entry of the Tucson brand in India and it will be placed right between the Creta and Santa Fe which is a massive gap.

Adding to it is the complete absence of 4WD in the Creta series. In fact if you want a Hyundai badged 4WD SUV in India you will have to stretch your budget to the range topping Santa Fe which has an asking price of Rs 30.79 lakhs (ex-showroom, Delhi). That is where the Tucson can score  – with a cheaper 4WD alternative.

Chances are that the company will limit the Tucson only with the 2.0 litre turbocharged diesel mill which in Europe produces 182.4 bhp of maximum power and 400 Nm of peak torque. It gets a bold and athletic look with flowing curves, so typical of Hyundai. They might even pull up a surprise by bringing in the new 1.4 litre turbocharged petrol mill showcased at the Auto Expo.

Expect the crossover to be feature loaded with a range of gizmos. Considering Hyundai’s current mindset, Tucson is expected to be priced between the Rs 15 to 20 Lakh price bracket (or even slightly higher), which we believe is a little higher for its size and placement but then Creta’s sales have been bumper despite those astronomical asking prices.

1 thought on “Tucson Will be Hyundai’s 3rd SUV in India – Launch Later this Year: Showcased”