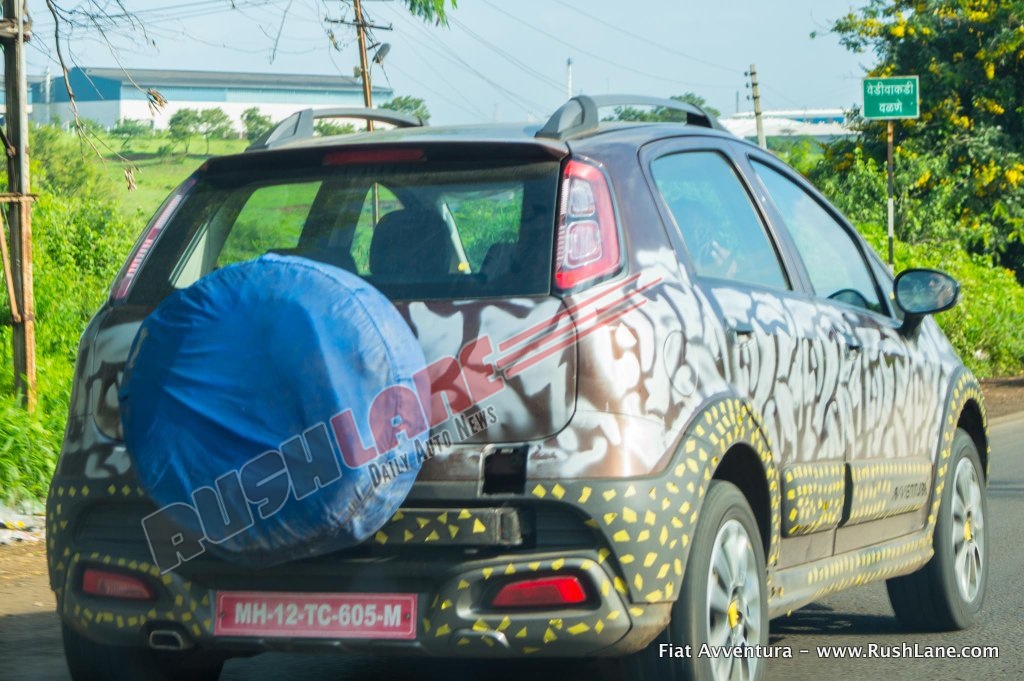 There is no doubt in the fact that Fiat makes some of the best looking cars, the Linea sedan and the Punto Evo hatch are some of the best examples of that. The Avventura crossover continues with the trend and scores the maximum points against its competitors, the drab Toyota Etios Cross and Volkswagen Cross Polo.

European crossovers, which originate from a daily use hatchback generally get an engine upgrade and an increased ride height and some more useful equipment which enhances its capabilities. However, Indian crossover hatchbacks are just hatchbacks with some cladding and visual stuff to fool customers!

Avventura, however, does sound a lot more interesting than Etios Cross & Cross Polo since it, one, looks better, two, has an increased ground clearance and third, gets an exposed spare wheel. The ride height gets increased by 20mm from the Punto Evo’s 185mm granting it impressive maneuverability over the crater rigged roads in our country! 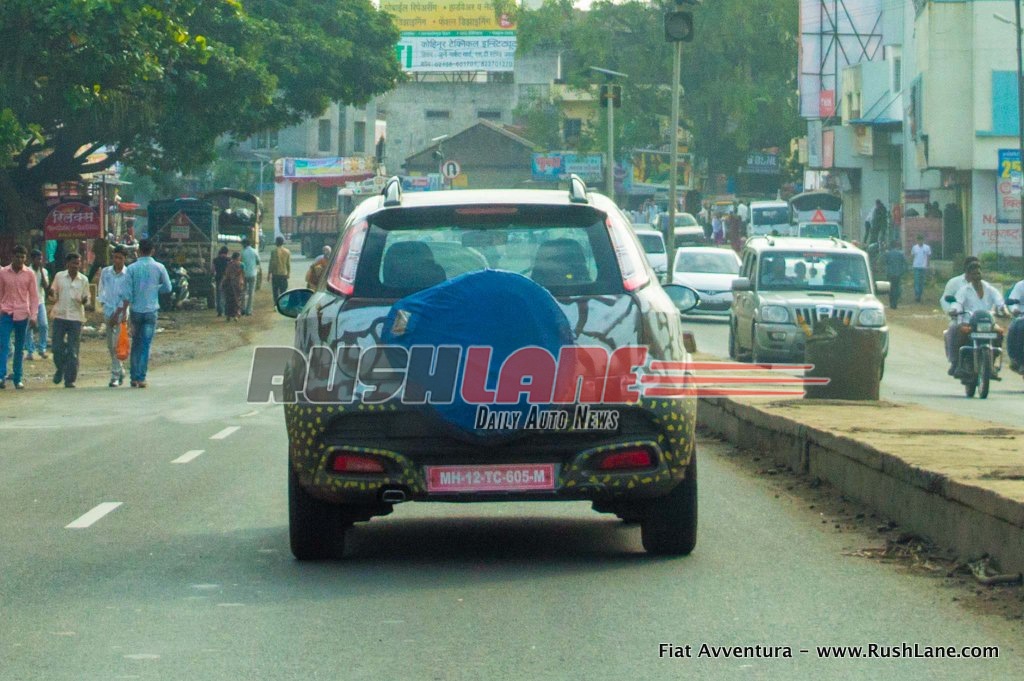 With the launch drawing close, new spy shots have emerged on Rushlane.com which showcase a mule in an interesting camouflage. It also hints at the possibility of the Avventura getting the Tuscan Wine color. We are awaiting an official date for Avventura’s launch but it is slated to come somewhere towards the end of this month or early next month of October.

And for all you true Fiat aficionados, the Italian major is also planning to bring in an all-new proper compact SUV, codenamed as X3U to the Indian market after the Avventura. You can read about it here.