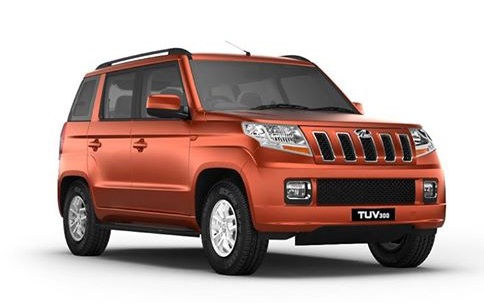 TUV300 Launched at a very impressive price point. Comes with optional airbags and ABS right from the base variant – our thumbs up for this….

Mahindra has finally launched the TUV 300 in India starting at Rs 6.98 lakhs (ex-showroom Delhi) for the base variant. Built on the body-on-ladder chassis from the new Scorpio, the company claims that the TUV300 will have high torsional stiffness and durability along with car like ride and handling. It is also the first product in the segment to offer the convenience of an AMT gearbox.

Developed in-house by Mahindra engineers, this is their first new brand since 2011 when they unleashed the XUV500 (leaving the Quanto). The SUV has a 5+2 seating configuration and measures 3,995 mm in length, 1,835 mm in width and 1,839 mm in terms of overall height. The gross vehicle weight is a heavy 2,225 kilos and it gets an impressive 60 litre fuel tank. The boot space with the rear-most jump seats up is 384 litres which can be expanded to 720 litres.

Mahindra claims that the TUV300 gets an all-new 1.5 litre mHawk80 three cylinder diesel engine with a two stage turbocharger, however, it appears to be the same Quanto motor to us, which has been bettered in terms of refinement and drivability for the ‘mhawk’ moniker.

Displacing 1,493 cc, on the TUV300 it produces a maximum power output of 84 bhp at 3,750 rpm and a torque output of 230 Nm which peaks in the range of 1,500 to 2,250 rpm. Transmission options include a 5 speed manual unit and a 5 speed AMT (which Mahindra calls autoSHIFT Automated Manual Transmission Technology) in which the power output gets reduced to 81 bhp and the SUV returns an ARAI rated fuel efficiency of 18.49 kpl. It also boasts of a first in class Eco mode found on bigger Mahindras. 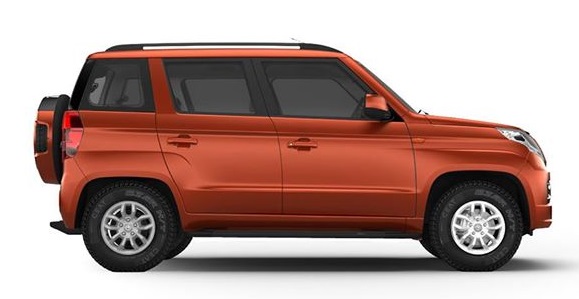 With inspirations from a battle tank, the TUV300 gets striking front bumpers with static-bending headlamps and chrome-accented fog lamps. The front grille gets chrome inserts while the flat roof gets stylish ski racks. The doors have been built slanted and it gets an exposed spare wheel mounted tail gate. The interiors sport dual tone black and beige interiors with metal and chrome accents. The infotainment system consists of a 2 DIN audio system with Bluetooth, USB and AUX; the controls of which can be found on the steering wheel as well. It also gets reverse parking sensors, key less entry and electric ORVMs. 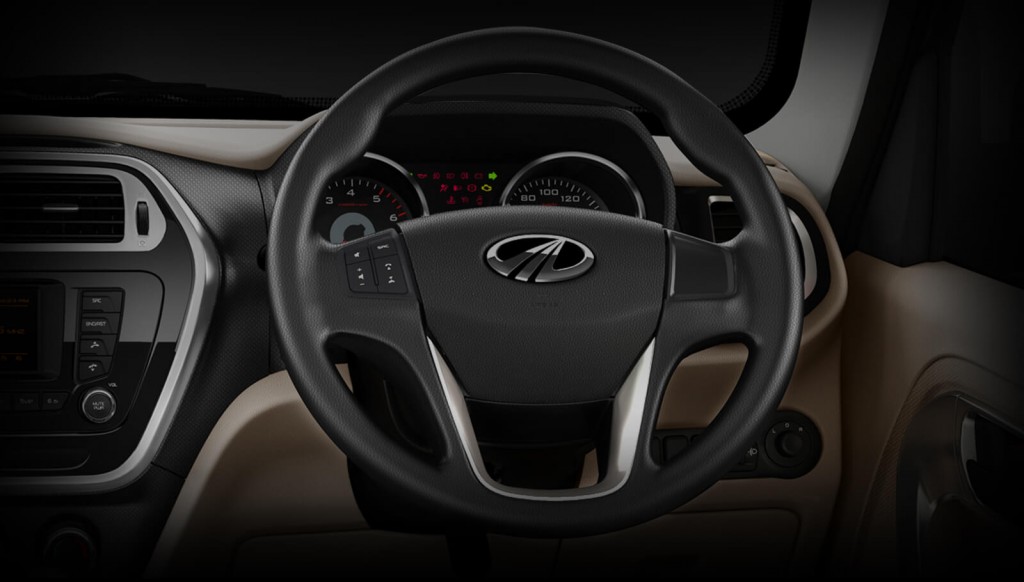 Safety features include ABS, EBD and dual airbags at the front. ABS is absent in the base version but is standard from the T4+ variant onwards. It also gets corner brake control, Automatic door locking to prevent doors from opening accidentally, crumple zones and side intrusion beams. 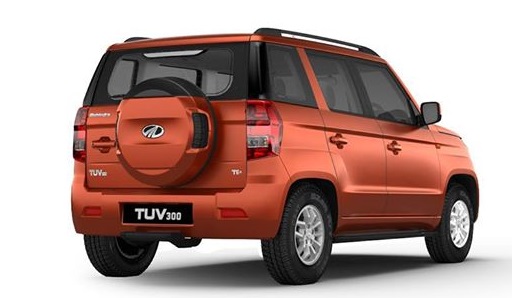 At starting prices of under 7 Lakhs, Mahindra has priced the TUV300 fantastically well and it is a lot cheaper than its immediate rival EcoSport diesel. We will share more pointers on this when we do comparo between these two competitors. Next launch is S101.