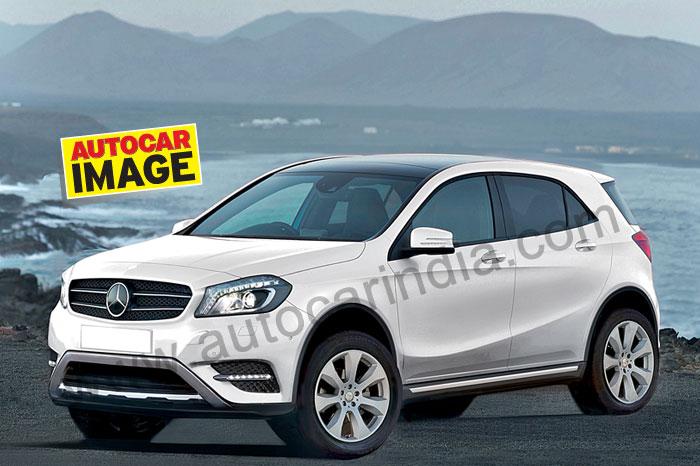 Initially Mercedes got a fantastic head start in Indian luxury car market but later on, BMW and Audi caught up and passed ahead. One of the reasons cited is that Mercedes did not have products in segments where the X3, Q5 , X1 and Q3 belong.

Mr. Dieter Zetsche, Head of Mercedes-Benz Cars, told AutoCar India that the company is planning two brand new SUVs for Indian market to take the competetion head on! These two of them will be ‘yet to be launched’ GLA which will compete with the X1 and the Q3; and another will be the New GLK.

Let’s talk about the GLA first and list the expected features.

The other product of the pipeline, the GLK went through some difficulties as the engineers had scratched their heads so hard back in 2008 when they were trying to convert the Left Hand Drive GLK to a Right Hand Drive version for markets like India. Now, the second generation GLK is supposed to be revealed sometime in 2015 and is already undergoing development at the company’s head quarters in Stuttgart, Germany. This time, for sure, there is going to be a Right Hand Drive version for emerging markets like India. The GLK is a bigger SUV with a longer wheelbase and 4 wheel drive system. The New GLK seems perfect for India and a tough competitor to Audi’s and BMW’s larger selling SUVs!