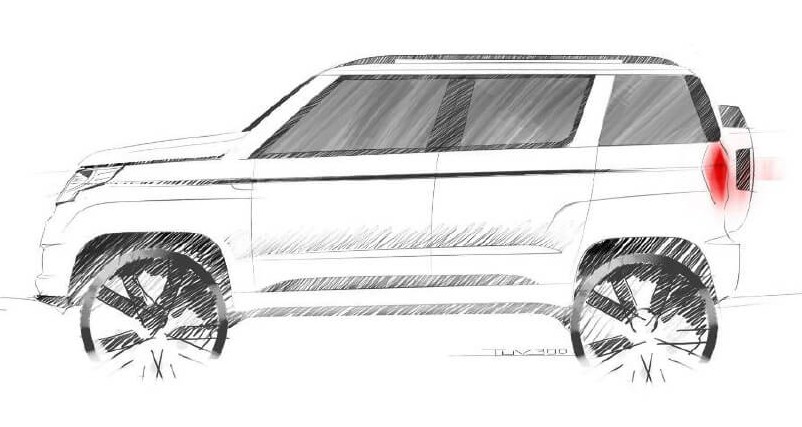 After countless spy shots on the internet, Mahindra has finally divulged some information about the vehicle codenamed U301, which was so far been touted as the Next-Gen Bolero. The all-new compact SUV has been termed as TUV3OO (that is double ‘O’) and will NOT be a replacement for the Bolero, as we have been saying ever since the first spyshots emerged.

The TUV300 stands for Tough Utility Vehicle and will try to attract customers with Mahindra’s strong sturdy image. Mahindra informs that TUV300 was inspired from a battle tank. They have also released a few sketches of the UV and it looks interestingly good! TUV gets raised shoulders, a high front nose with pretty decent-looking ground clearance, flatter roof, and a straight bonnet  to create an image of a rugged SUV. 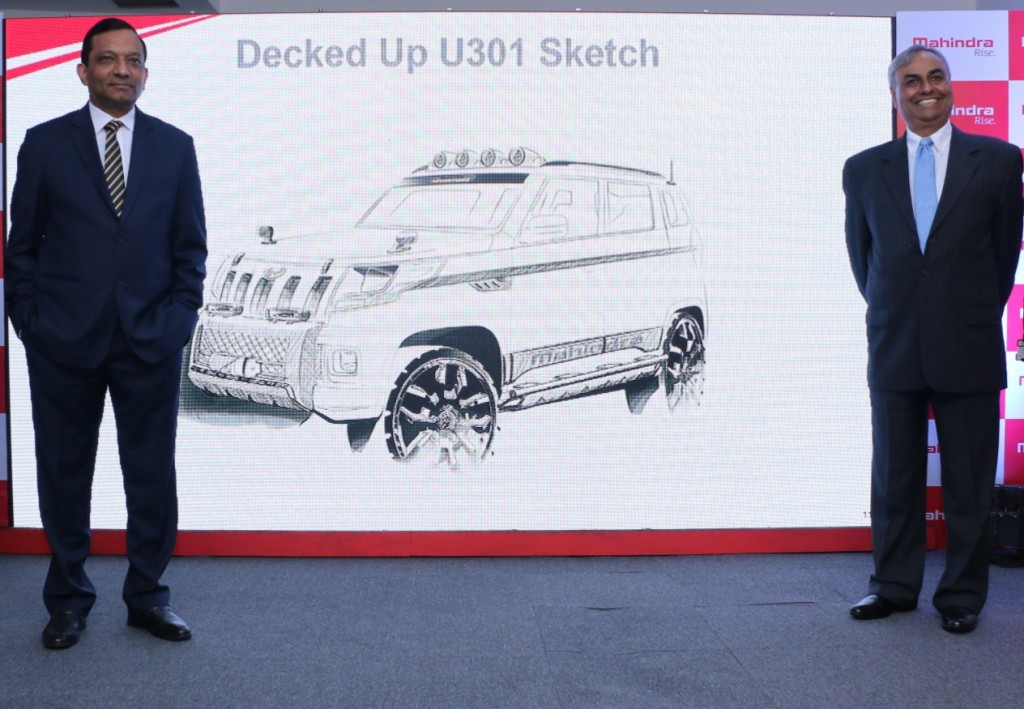 Designed completely at Mahindra’s in-house research and development centre, the TUV 300 was born on the drawing boards of the Mahindra Research Valley in Chennai. The SUV, which is built on an all-new platform is set to be manufactured at their Chakan plant.

The company also added that TUV 300 will be powered by the mHawk engine which we believe will be a derivative of the same 1.5 Liter Quanto motor, with betterments and tweaks! No more details of the engine were shared. AMT gearbox is also expected to be offered on TUV.

The TUV 300 will be the second compact SUV from Mahindra after their Quanto failed to make a mark in this segment. Launch, as they confirmed is scheduled for mid-September this year. Apart from this, Mahindra will also introduce S101, another compact SUV based on a monocoque chassis, sometime after this…

2 thoughts on “U301 is Mahindra TUV3OO – Sketch Released: Launch Next Month”