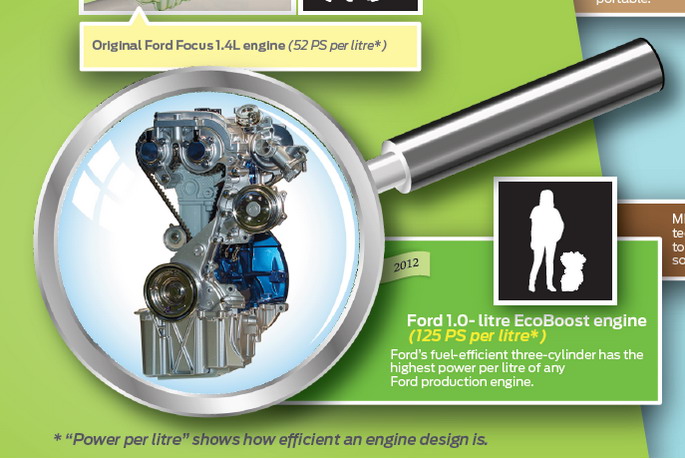 What Ford’s EcoSport will bring with it is the technically sound 1 Liter turbocharged EcoBoost petrol engine first time to India. What EcoBoost engine will bring to India is a promise of both power and fuel efficiency at the same time.

For those who are unaware, along with a couple of other engines Ford EcoSport will be powered by Ford’s latest 999cc 3 cylinder turbocharged GTDI EcoBoost petrol engine. Despite its puny size, it produces a fantastic 125PS of peak power output as well as a diesel like maximum 170Nm of torque. Add to this the fact that it has an ARAI certified fuel efficiency figures of a whooping 18.9kmpl!

Interestingly, this is Ford’s first ever 3 cylinder petrol engine. More interestingly, at 125PS per liter, this engine has the highest power per liter as compared to any other Ford’s production engine! Power per liter showcases how efficient an engine design is.

How it Stacks up

Ford is claiming that this 1L EcoBoost engine is

If we talk about its torque curves, EcoBoost’s peak torque of 170Nm comes in as early as 1400rpm and and continues till 4500 rpm. This means it has a huge torque band which keeps the car happy and you free from frequent gear changes. According to a graph shared by Ford, in comparison to the regular 1.6L petrol and diesel engines, EcoBoost offers a consistent and long torque band which doesn’t tapper off as early as diesels. 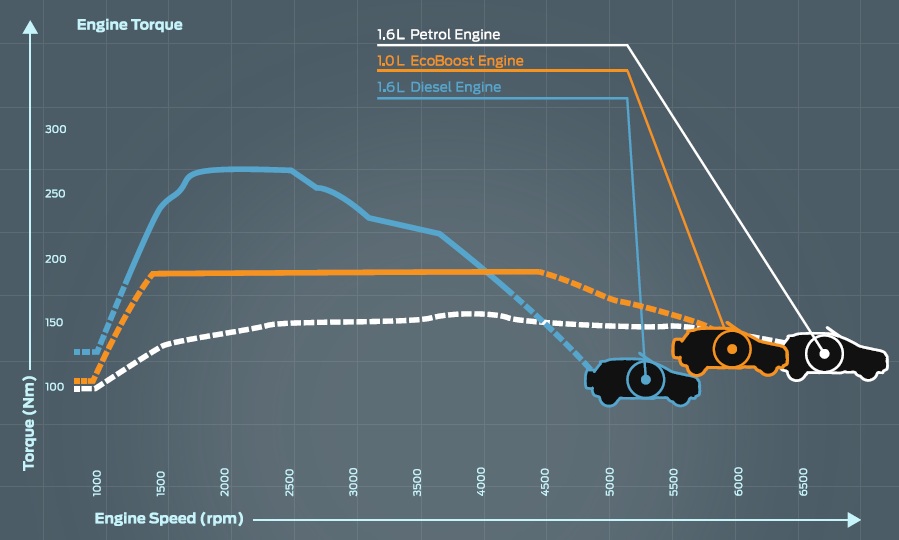 For the records, EcoBoost engine can rev till 6500 rpm until the cut-off sneaks in. Ford is considering this EcoBoost engine as one of the most remarkable achievements for them and a technically sound gift to India. We have driven the EcoBoost powered EcoSport in Goa and our initial impressions do echo similar thoughts.

The EcoBoost drives fantastically well. Though, its not an absolute driver’s delight but it will definitely put many other bigger engines to shame when it comes to outright acceleration as well as absolute driveability! Ford will offer the EcoSport will EcoBoost in only the top Titanium and Titanium (O) variants when it gets launched sometime in June (More Details on EcoSport Variants).

This engine will also power Ford’s upcoming cars in India. So, how much will you be ready to pay for the EcoSport EcoBoost Titanium?