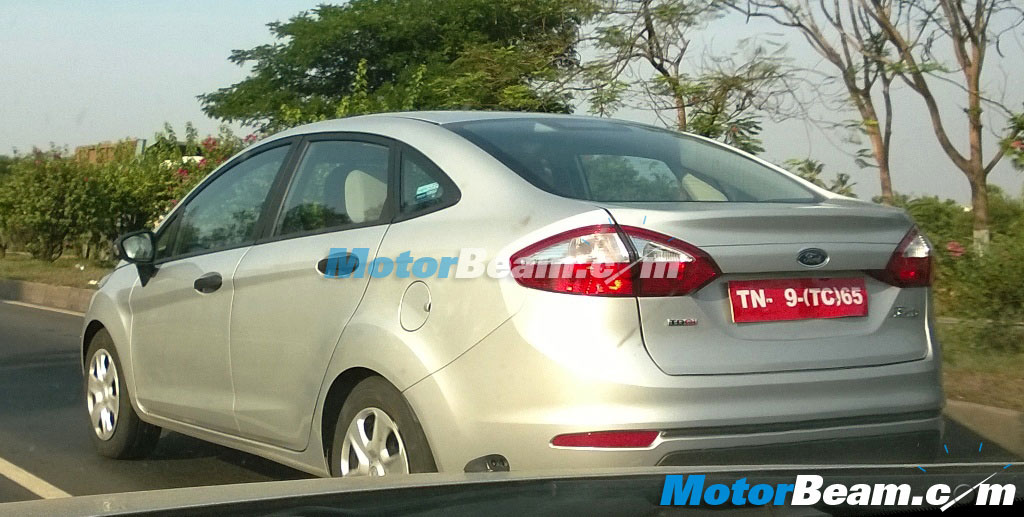 Life was simple in the 80s. There were a handful of choices when it came to buying a car and it was fairly easy to decide. But now, things have completely changed with a massive influx of information overload.

We have so many options that it becomes really hard to decide which car to go for. The mid-size sedan segment is a perfect example of this and is all set to get one more addition (more appropriately new replacement): the new Ford Fiesta.

The new Fiesta facelift was spied during a test run on the Chennai- Trichur highway by a Motorbeam.com reader. The test mule was uncamouflaged and appears to be near production ready. Going by the TDCI badge at the rear, this mule is sporting the 1.5L TDCi engine which produces a modest 90.2PS of power and a 204Nm of peak torque and is mated with a 5 speed manual transmission on the current car.

However, the petrol engine is a question mark at this point of time. The question is in fact on the very existence of the model on the facelift as a few speculative reports suggest that Ford may not offer it in India at all.

However, we would love to see the 1.0L turbocharged EcoBoost petrol motor from the EcoSport which produces 125PS of power and 170Nm of torque at some point of time on the new Fiesta.

The previous generation Ford Fiesta failed to see any reasonable sales volume even though it was a very good driver’s car, primarily because of ‘high pricing’ and ‘smaller’ looks. New Fiesta comes with features like the Ford SYNC AppLink for voice activated commands, emergency assist, ABS, EBD and dual airbags. 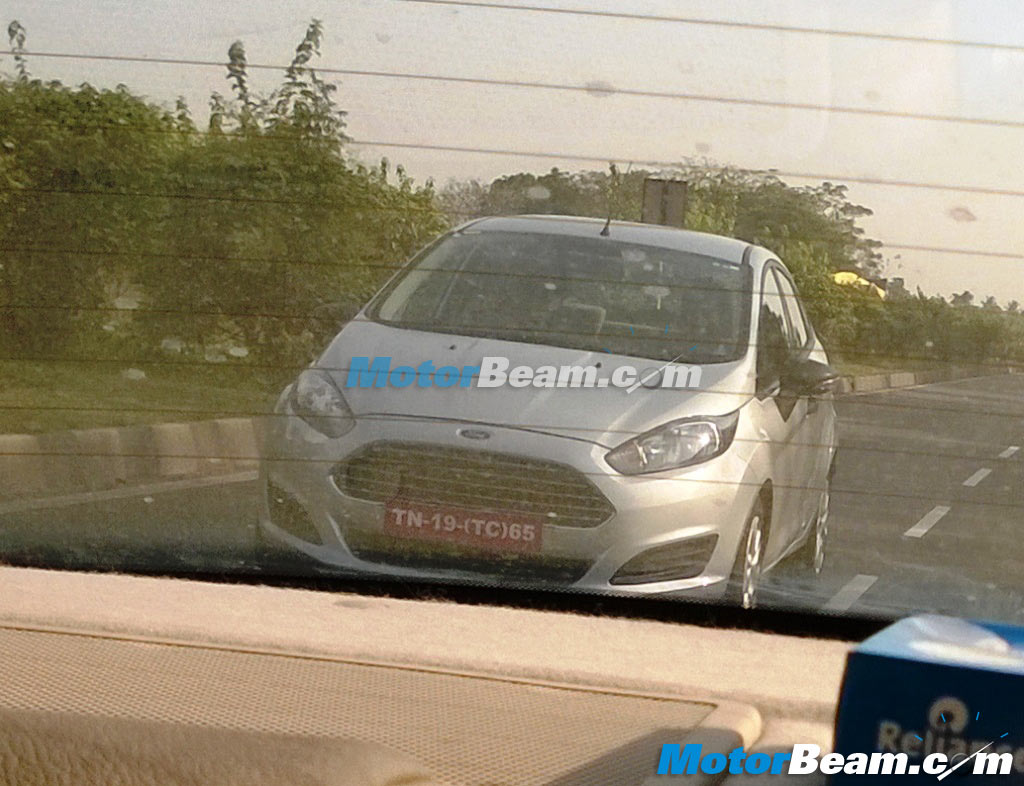 A few days back MotorBash shared exclusive spyshots of Fiesta facelift from a renowned ad agency in Gurgaon which hinted that Ford is done (or going through) the promotional activities of the car and the launch is just about a few weeks away.