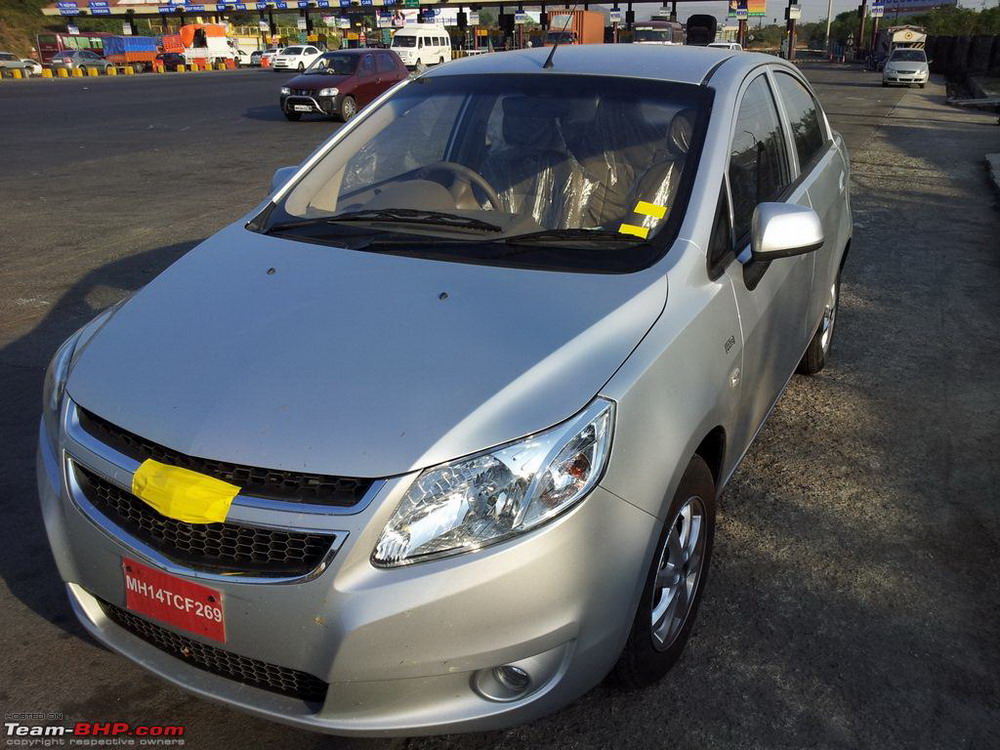 Despite a slow start to Chevrolet’s latest hatchback Sail U-VA, the company must be all pumped up for their next big release. And we know it is going to be the sedan or the notchback version of the car.

Sail sedan would sit in a very important C-segment for Chevrolet rivaling mass sellers like Dzire, Manza, Sunny, Etios and the upcoming Honda Brio Amaze. Despite the density of products here, this segment also offers a lot of potential for Sail to flourish if it is competent enough.

There are a few spyshots shared by Team-Bhp’s members which reveal the car completely. One mule doesn’t even have the badges covered and the number plate contains the car’s name signaling that, that particular car might just be heading for some event where it would be served as a display car. 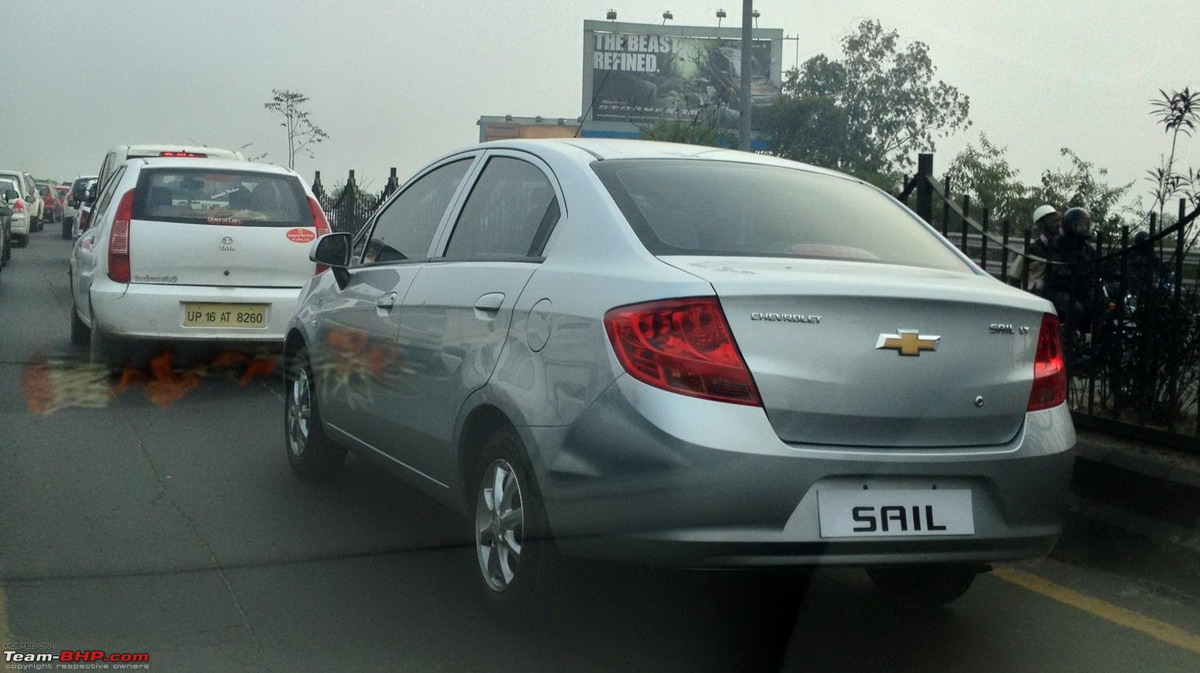 All in all, with each passing day, we are nearing the launch of Sail, which might just happen in January itself. Sail will be powered by the ubiquitous 1.3L Multijet or SMARTECH engine in GMs language. The interesting bit here is that the petrol version will also be powered by the 1.2L engine from Sail U-VA which goes against the common belief that the notchback Sail would get the 1.4L engine.

We expect Chevrolet to place Sail in the price band of 6 Lakh to 8 Lakh, however, we would suggest Chevrolet to keep the diesel variant’s pricing lower and as close to Dzire as possible.