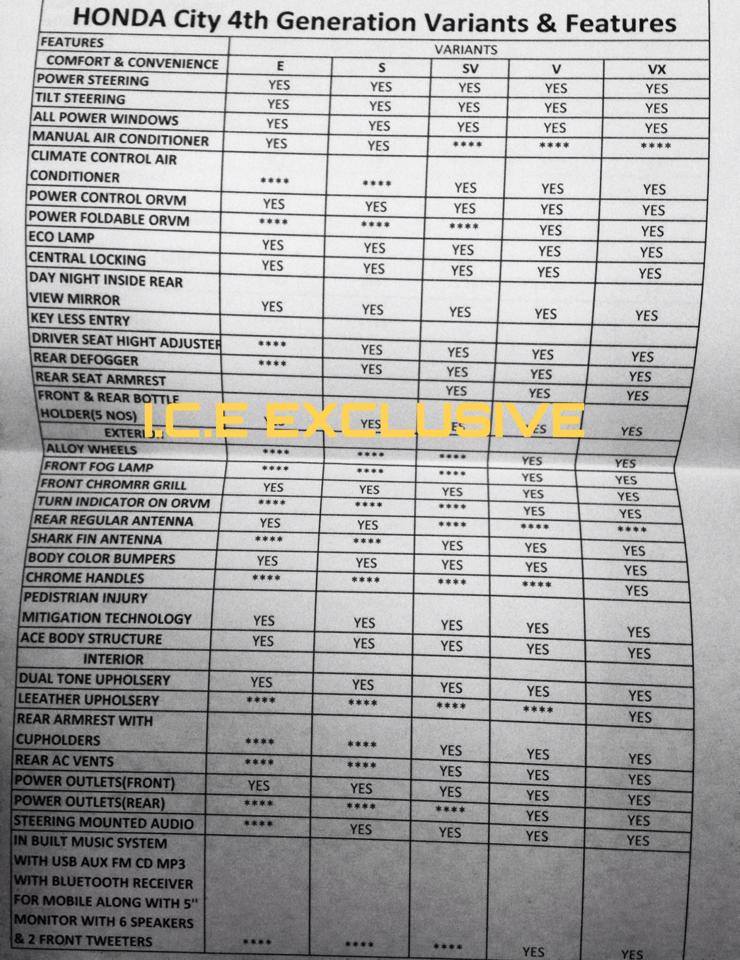 Here are some more details about the upcoming all-new Honda City. In a scoop by Indian Car Enthusiasts, the feature list of the new all-new Honda City has been scooped. The launch date of the car has been confirmed to be 7th January, 2014.

The new Honda City will be available in five variants, namely :

The price of the new Honda City will range from 8 lakhs to 12 lakhs. The source has claimed that the deliveries for the Diesel Honda City will start from the 15th of January. However, petrol variants will be a bit delayed as they will be dispatched only after the 2nd week of March. 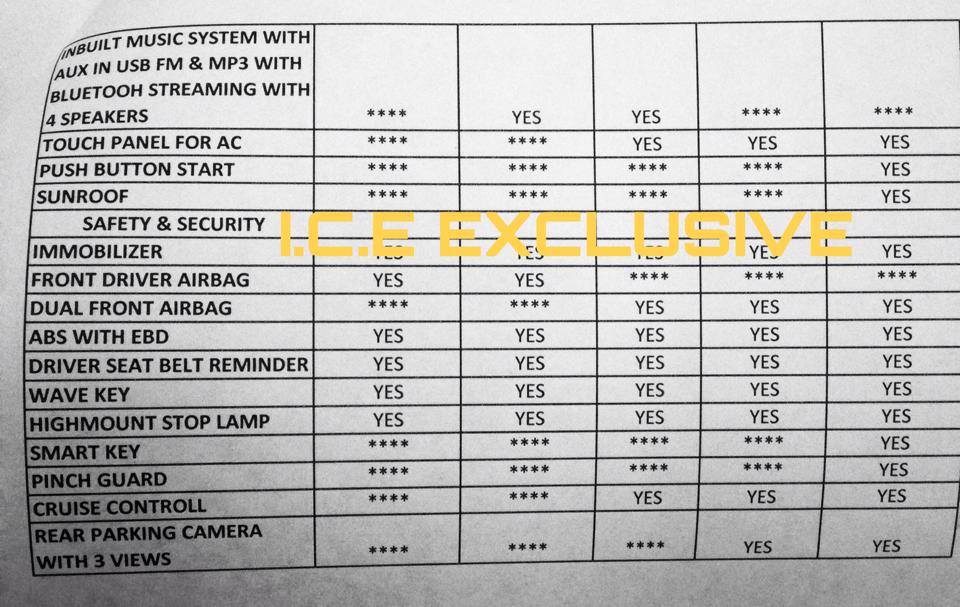 The all-new City looks stylish with a design philosophy that Honda likes to call the “Exciting-H” philosophy. That the car was always a darling with the Indian customers and its newly offered diesel powerplant option has taken its oomph to a new level is a well-known fact by now.

The interiors of the new Honda City see a substantial improvement over the outgoing model. There is a 5-inch LED Display for the audio system with a handsfree-call function. There are other features like steering-mounted controls and rear air-conditioning vents, 8 speakers as well as power outlets at both the front and rear of the car.

The new City takes safety very well in its stride and has made ABS standard across all the diesel versions. An interesting addition is the Pedestrian Injury Mititgation Technology, found earlier in only high-end cars.

If you have been waiting for a decent mid-size sedan, then this is the car for you! Are you heading over to the Honda showroom?