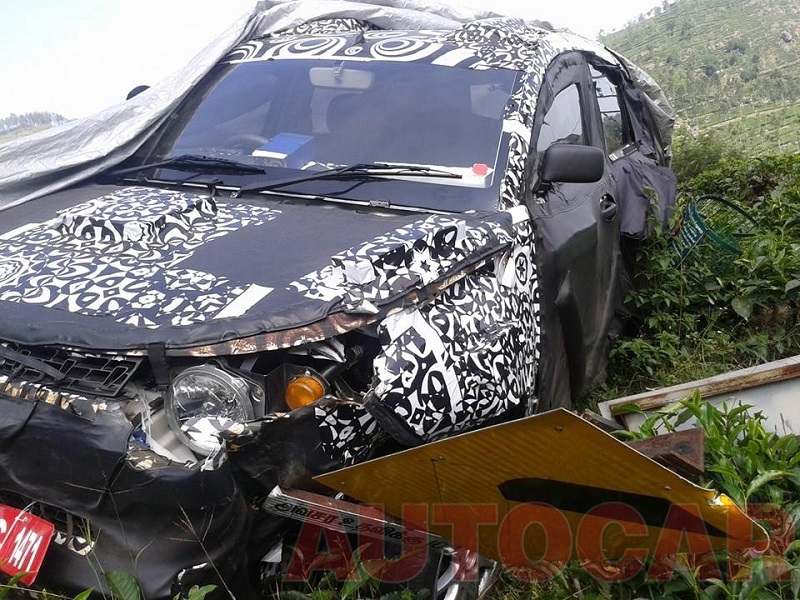 The last thing an undercover operative would want to do is to attract attention to himself. I mean, as a general thing; not as a rule. What seems to have happened here with a prototype vehicle, purportedly Mahindra’s S101 compact SUV, is that it did just the opposite.

It attracted a lot of attention and subsequently, I am sure, a lot of questioning by the local folks at Niligiri Hills.

The vehicle apparently sped off the tarmac and crashed on to a roadside traffic signboard. Since the car was a prototype and was covered in the usual black and white camo and plastic overalls, and the fact the vehicle was as barebones as a mummy, the extent of damage looks minimal.  Although one does wish the best for the occupants, it’s no gainsaying that they would have a lot of explaining to do. 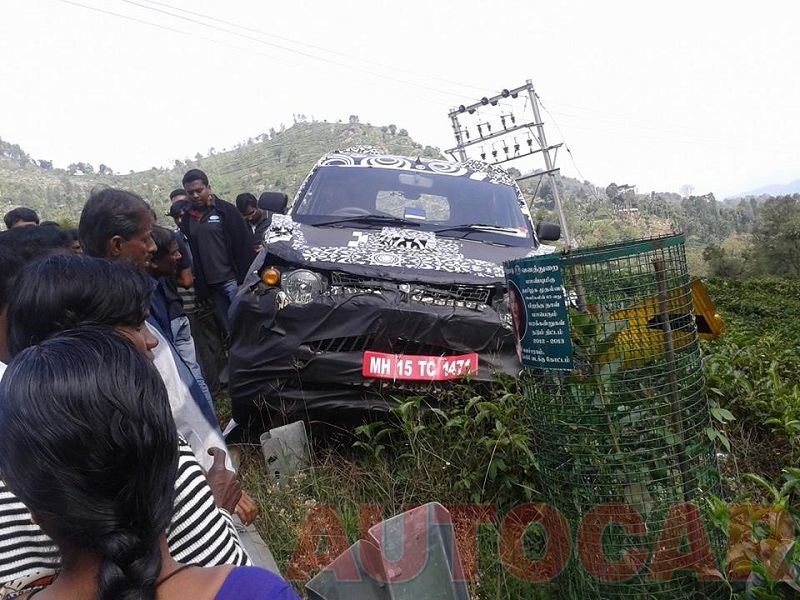 These new spyshots courtesy Autocar India, give us a clear view of the car but it continues to carry the same dummy lights (front and rear) and is still running around without the rear bumper. Mahindra has camouflaged it to the brim and you will find it difficult to unearth many new details of this new compact SUV (We wish). But what is evident is that it is loathed with a lot of test equipment on the outside (under those protrudes) as well as on the inside.

Mahindra’s compact SUV, codenamed S101, has been under development for some time now and one who is following its progress would not be surprised to find a pretty developed version of the car in the Mahindra stall at the upcoming Auto Expo at Delhi. This particular vehicle does look promising, especially, the high-up stance. 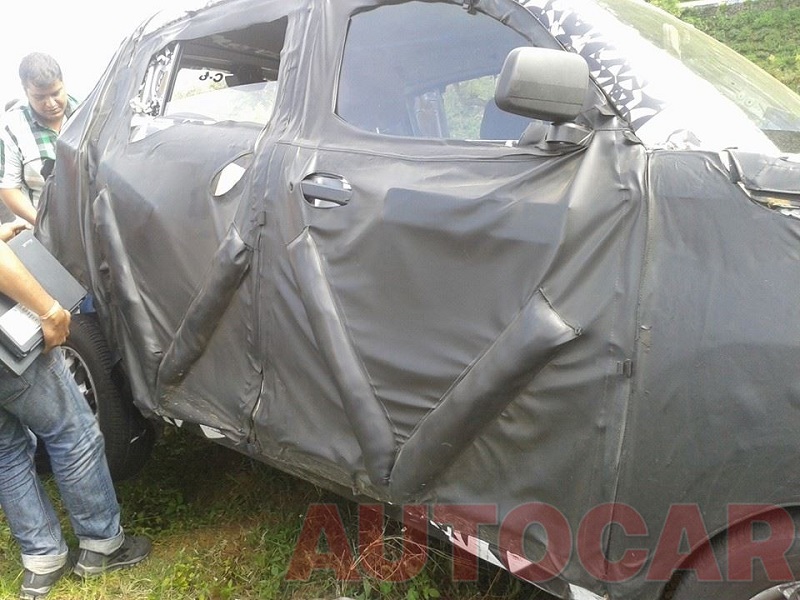 As we mentioned, this prototype features dummy round headlights, brake, reverse, and turn lights, but the renderings available in public domain sports eyes and face quite akin to the bigger X500 SUV.  The squarish power bulge on the hood, usually an intake for the turbocharger, was also covered up. Mahindra may want to name it as XUV300!

The S101, caught testing on public roads many times before, is a much anticipated vehicle from Mahindra, and when out, will be pitted directly against EcoSport and possibly Duster. 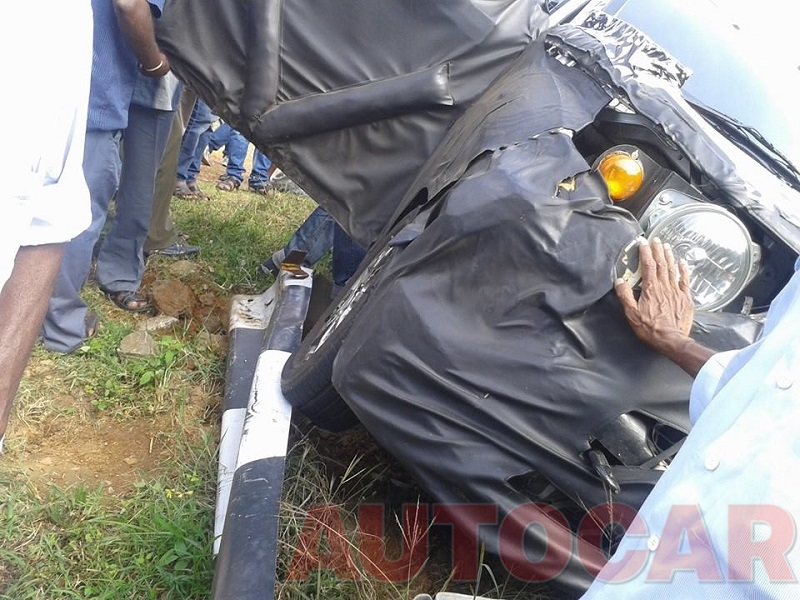 We Indians have gone head-over-heels for the compact SUVs and Mahindra’s entry into this particular market segment speaks of the demand this segment holds out for the manufacturers. With Mahindra’s proven experience and expertise in SUV manufacturing, one could well hope for a pretty good bargain. In an earlier report, it is speculated that Mahindra may eye the Rs 5 Lakh entry tag for this mini XUV!

If you have been saving up for a compact SUV, we suggest you hold on to your money for a bit longer because the Mahindra S101 with its pricing, performance, and features should make its competitors sweat under their collars. And no, it won’t be as accident prone as the prototype.