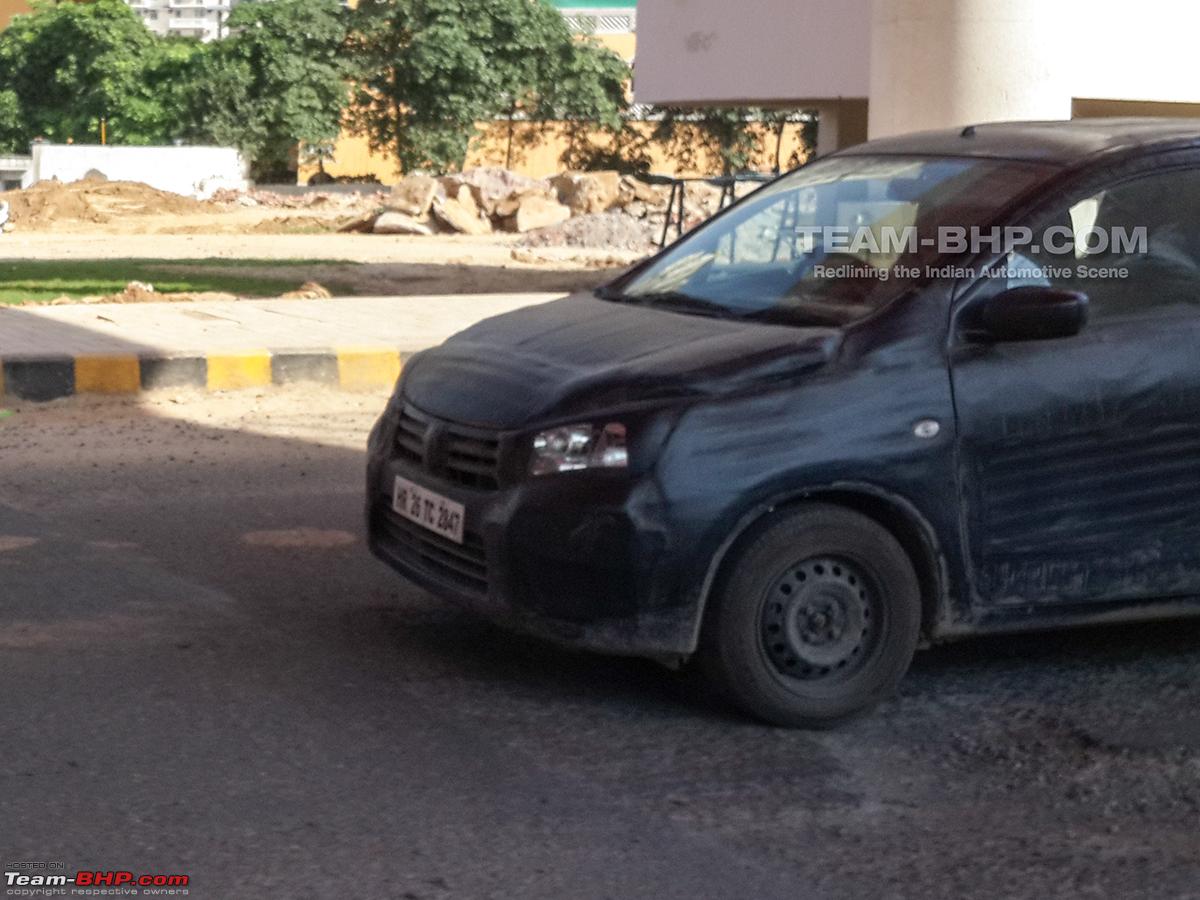 The upcoming Maruti-Suzuki A-Star gets caught again. And that makes me say out, “She’s all over the place!! “. 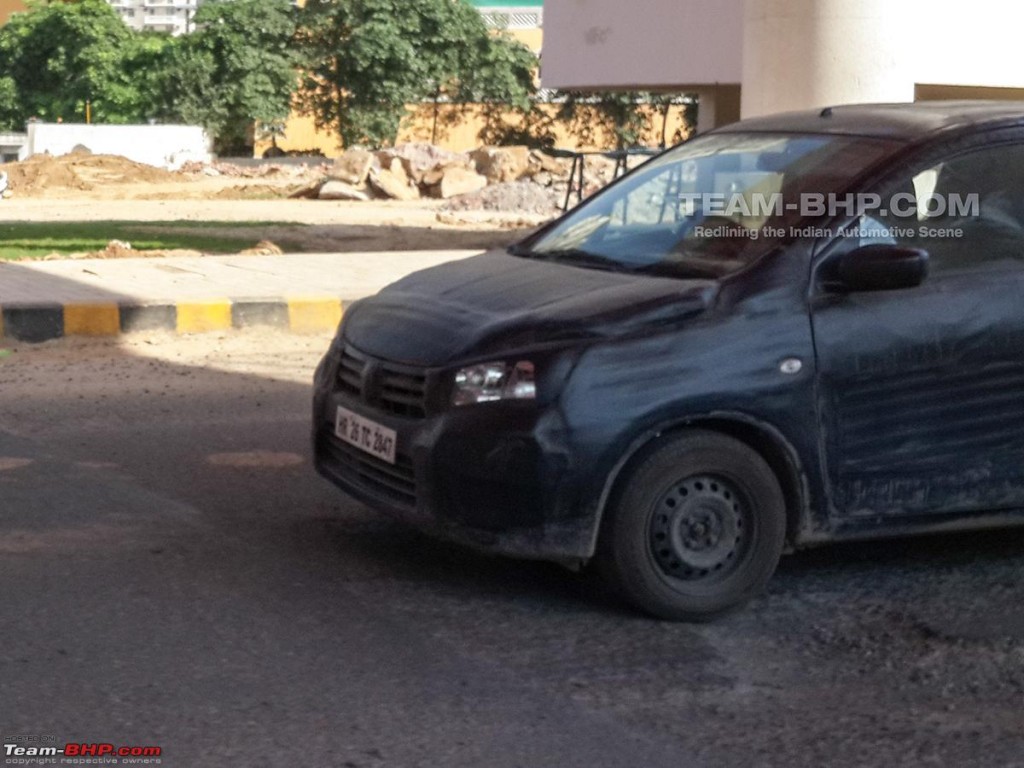 It has started getting quite a bit monotonous. Draped in customary black fabric with a pair of newer eyes peering out, she keeps grabbing attention even though she would prefer just the opposite. And that’s all you will get of her…just the pair of eyes, and a glimpse of the plain-jane steel wheels she is rolling on. When out in the market, she is set to get better looking ones. 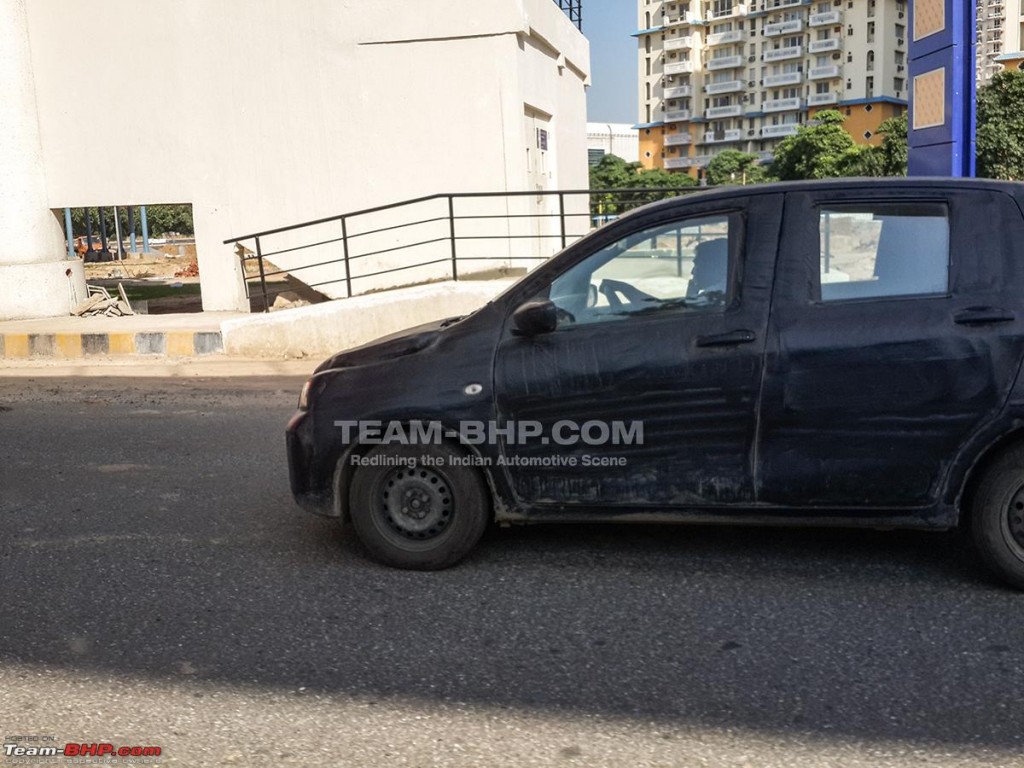 The test vehicle was caught in the surroundings of the Cyber City in Gurgaon by a Team-BHP reader. We can see that the new A-Star sports a more aggressive front as compared to the older one. The new car appears to be wider too, and hence should possess a somewhat more imposing road presence as compared to the earlier version. 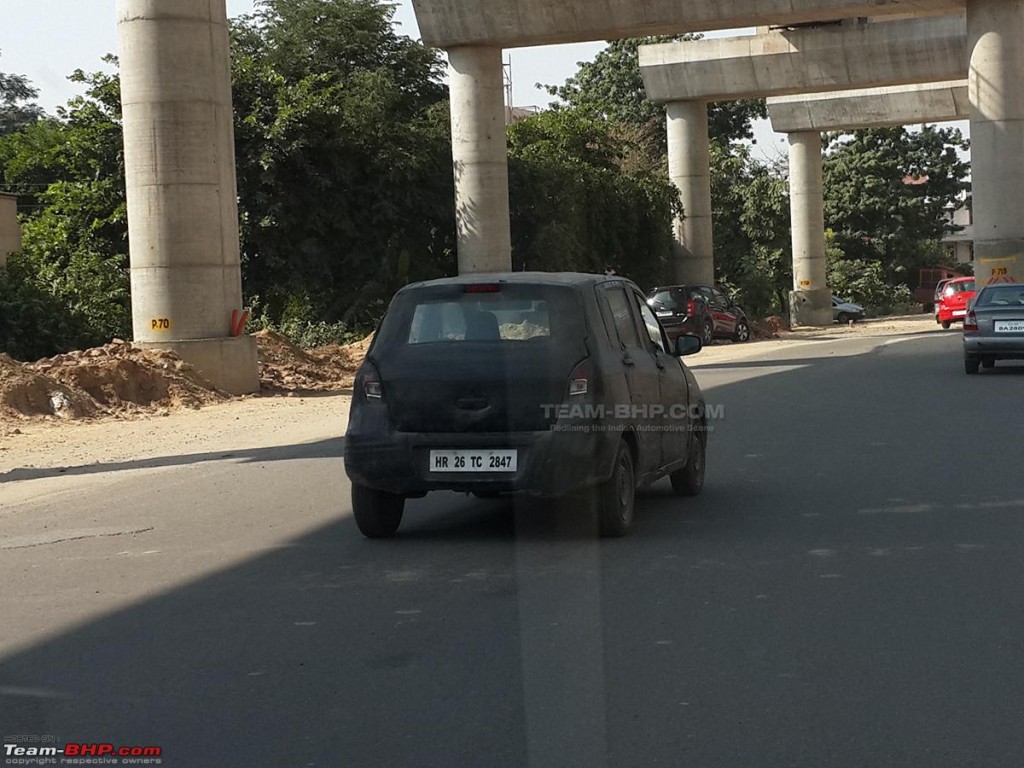 Codenamed as the YL7, the new A-Star will be sold in markets other than India as well. In those markets, it will be christened as the Alto (what it basically is). The test mule does carry a burden of expectations on itself, as the name Alto traces its roots way back to 1979, and has seven generations behind it.

Maruti-Suzuki is currently working on a range of small-capacity diesel engines, ranging from 0.8 Liters to 1.4 Liters. Hence, one of them could find its way to this all-new A-Star as well. We feel the 800cc engine has maximum chances of making the cut. All these engines being developed are turbo-diesel units, hence the 800cc is expected to justify its place on this car. 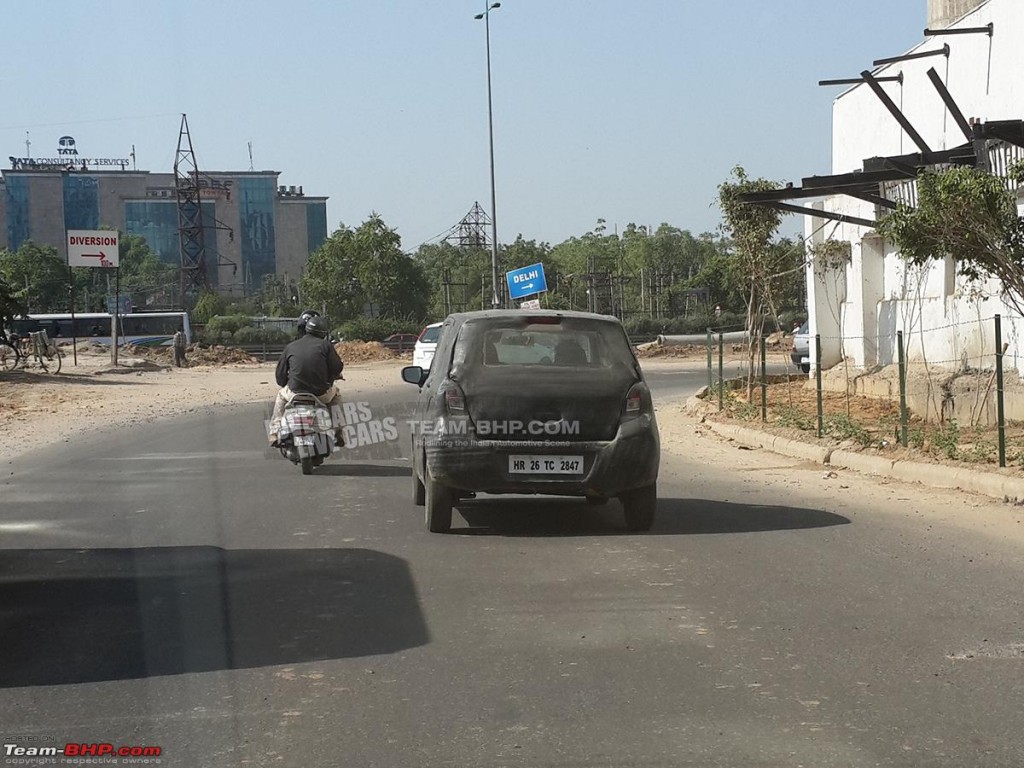 Economic Times carries a report saying that the current A-Star will be shown the door very soon which is expected. This comes close on the heels of the Farewell Party dished out to the Zen Estilo some time back.

This does suggest that the steps for upgrading the product portfolio are being taken pretty quick. The internal movements in Maruti-Suzuki suggest that the new A-Star is pretty close to its production version, and it could be unveiled in the near future. As we have focused on our other reports, we feel Maruti-Suzuki is leaving no stone unturned to guard its position in the “HatchBack” segment.

A slew of launches are lined up :

Add to that the all-new A-Star, and we see a heady mix, spanning from one end of the price spectrum to the other. The current A-Star was a real dud in terms of sales, with its numbers tumbling below that of even the Ancient Maruti 800. 😀 Things have come to such a pass that Maruti-Suzuki has stopped rebadging its A-Stars as the Nissan Pixo for sale in the US. This arrangement had been going on for the last five years, wherein Maruti Suzuki was supplying rebadged A-Stars from its Manesar plant for sale as the Nissan Pixo.

It appears we are heading for an Auto Expo 2014 unveiling!