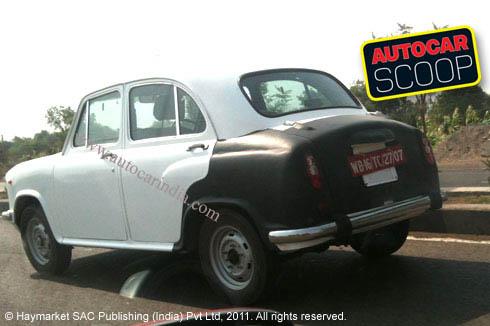 Every now and then this quick news snippet of Ambassador compact sedan comes up leaving us all wondering about the different facets of our multi-dimensional car industry.

Very recently Hindustan Motors launched a BS4 compliant Ambassador in India, the engine of which they sourced from Austrian Magna Steyr. And here is an interesting related development. According to a report on Economic Times, Hindustan Motors is in talks with Fiat to lend over an engine.

If we sit back and analyse, it has to be the 1.3L Multijet motor which is running across on more than 17 cars in the country from different manufacturers (List at the end). And the car has to be the upcoming Ambassador CS!

The current Ambassador is powered by a 1.8L BS4 petrol/CNG/LPG engine and 2.0L BS3 diesel engine (sourced from Isuzu). The sub 4 meter Ambassador can not use either of them since it would not fall under the 1.5L diesel engine limits set for the lowest 12 percent excise duty which every manufacturer is gunning for.

In clear words, for a car to avail lowest 12% excise duties, it has to be under 4 meter in length and be powered with a <1.2L petrol engine or <1.5L diesel engine. Else it is called as a mid-sized car and excise duties mop up to just the double at 24% and more.

With the Ambassador chopping out the boot to attain the desired length, a good go at the market may just be the 1.3L Multijet diesel motor from Fiat which is India’s largest selling diesel engine.

HM also uses a 1.5L diesel engine which has been recently made BS4 compliant and launched on the Encore. It would have been an obvious choice for the Ambassador CS but it appears that Hindustan Motors wants to play aggressive this time.

Some time back Premier also bagged the same 1.3L motor for its Rio compact SUV for the BS4 markets.

Hindustan Motor head Uttam Bose did not reveal much on this development however declared that an official announcement will be made soon.

Interesting times these, when we have access to some fine technologies of the world in international cars and then we come across old Indian manufacturers still working out and trying to snatch a pie.

However, if you are reading this, Hindustan Motors please come up with a better designed car than what the spyshot suggests. How about something on the lines of the speculative render featured here.

Check Out List of All Cars that Run on this 1.3L Fiat Multijet engine in India