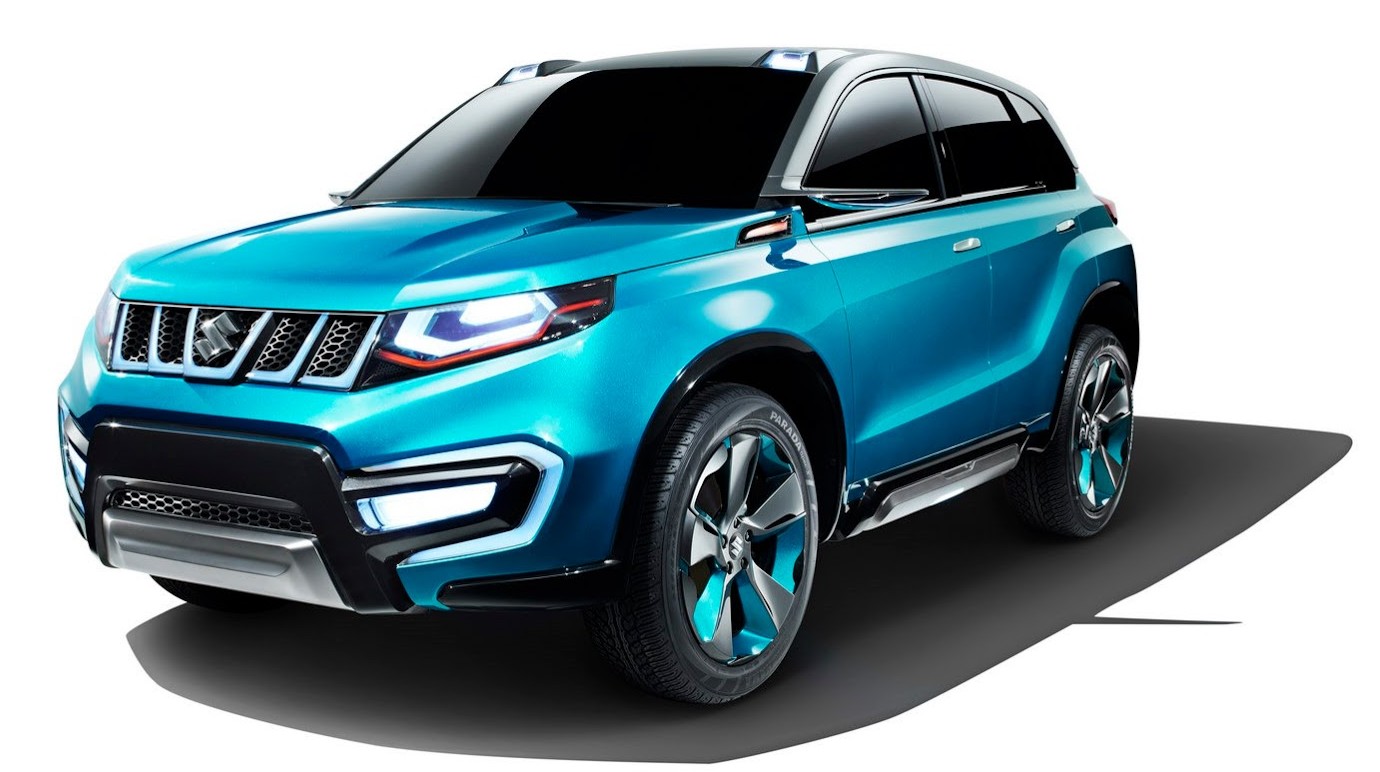 Suzuki has been teasing us all with prototypes of the iV-4 in a number of Auto Shows now, but the final production version is all set to be finally released in October at the Paris Motor Show.

Like you, we are also awaiting to see what changes will Suzuki do to make it a more practical car for daily drives. This will also give us a hint of the slashes we can expect on the XA-Alpha since both the iV-4 and XA-Alpha appear to be similarly advanced looking siblings! 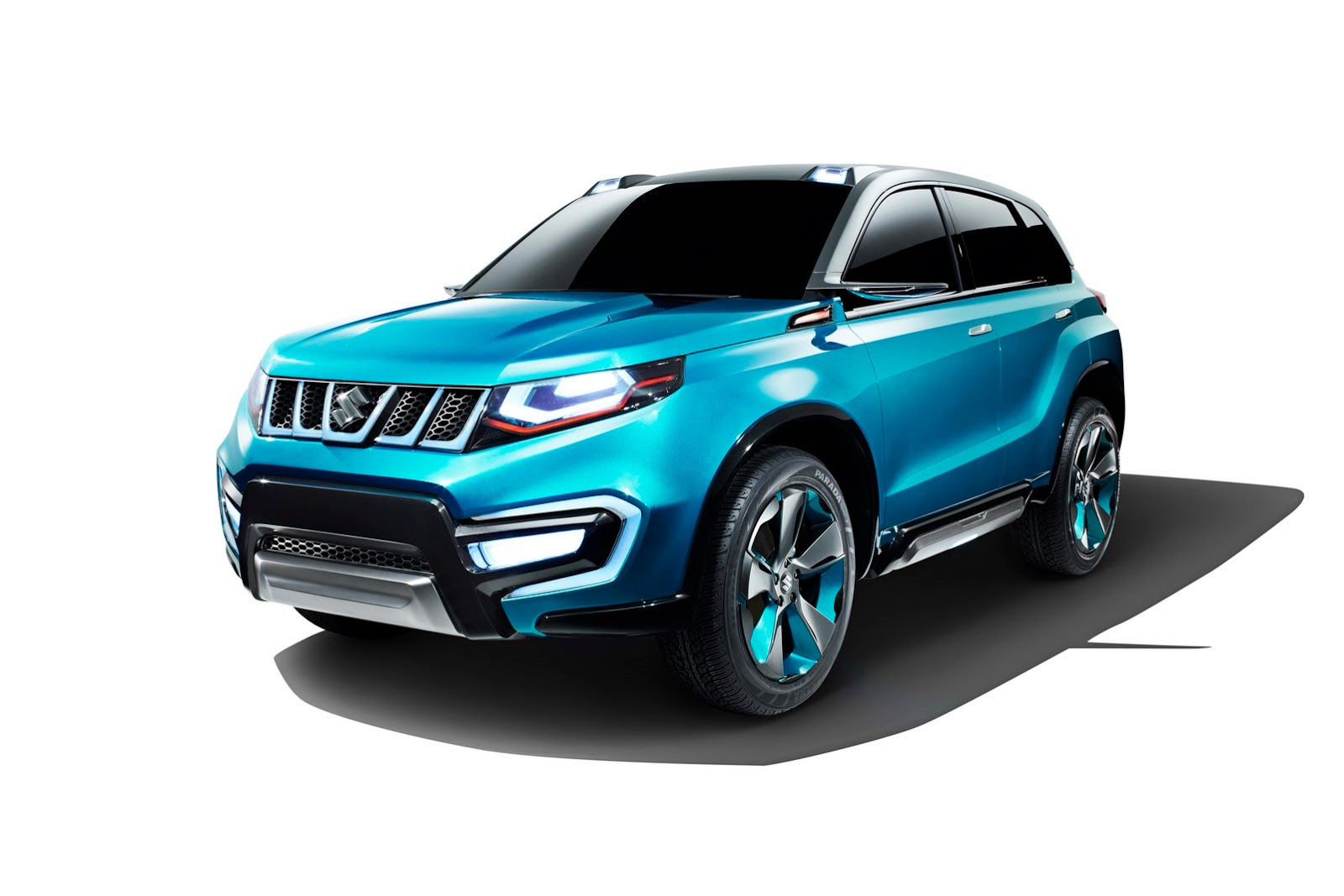 Now, the new development is the report on Go Auto that the iV-4 will be positioned between the Jimny (the car on which the Indian Gypsy is based) and the larger Grand Vitara.

iV4 appears to be big but is actually 4215mm in length, 1850mm in width and 1655mm in height. This means it is slightly smaller but wider than Duster. However, the most startling fact is its small wheelbase of 2500mm which is shorter than even EcoSport (2520mm).

Suzuki claims that the light weight SUV will be one of the most environment friendly cars in its segment. It is also tipped to feature Suzuki’s new All-grip four-wheel drive system. The huge chunky wheel arches and mud skits in all directions do spice up the exteriors and the Mahindra XUV-ish front grille lends it an aggressive look. 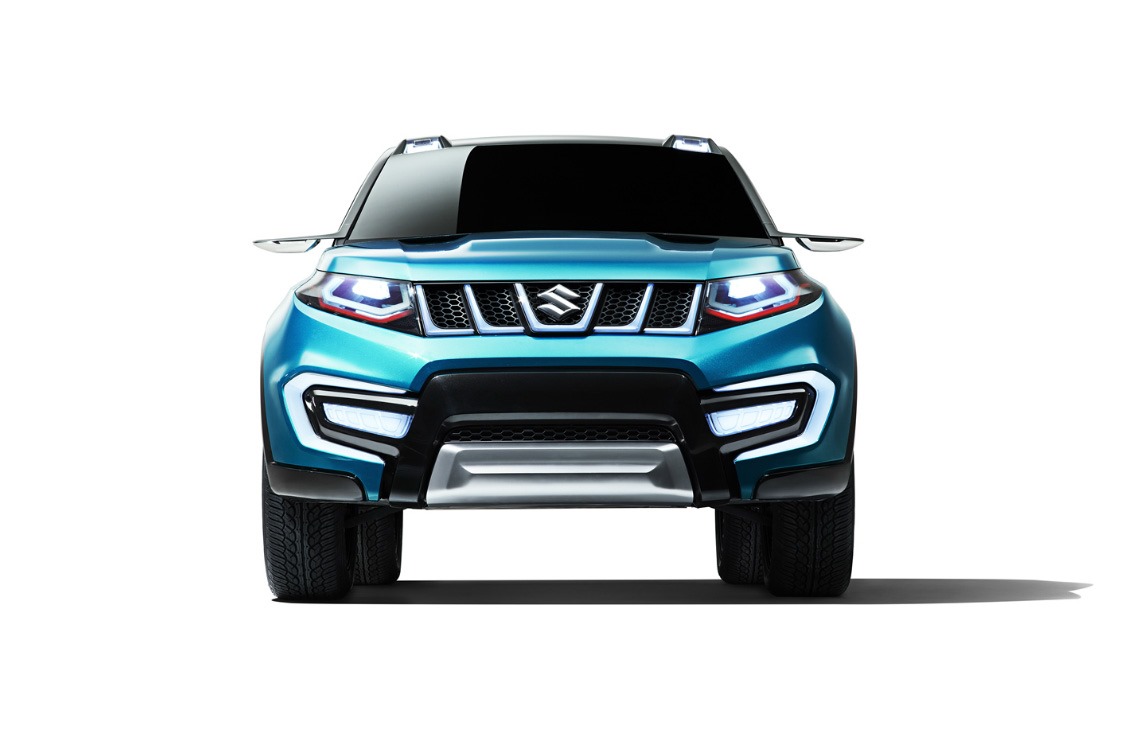 The iV-4 will be launched in Europe by sometime early next year and will be produced at Suzuki’s Hungarian plant. Maruti Suzuki has so far remained mum about its plans for a possible India launch but there have been various reports which predict iV-4’s Indian launch but sometime later in 2017.

It would make a nice Maruti lineup, with XA-Alpha down the rung slugging out with the sub 4-meter sub-10 Lakh compact SUVs and this iV-4 competing against the slightly larger sub-15 lakh SUVs.