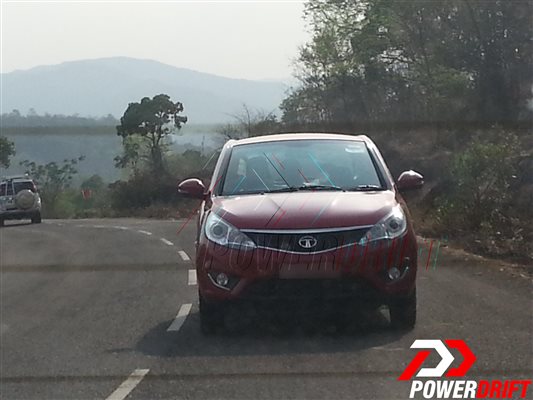 After the clear exclusive spyshots of Bolt we shared a couple of days back, it’s the sibling Zest’s time to get clicked without any camouflage. The upcoming car was caught near Pune by the folks at Powerdrift (via Carwale.com).

This Zest mule is being claimed to be the petrol version of the car as it didn’t sound like a diesel mill. It is also being said that car was running pretty slow so it may be the final fuel efficiency tests that this particular mule may be going through. It also may be the mid-variant on test considering that it is missing alloys. The petrol Zest will be powered by the newly developed 1.2L turbocharged Revotron engine.

As we have busted just a few days back, the Zest will be launched on or before the 4th of July and these two new offerings (Zest & Bolt) are touted to be the game changers for Tata. Hopefully both these cars will help shed Tata’s image of a diesel ‘Taxi’ car maker!

Tuned under the expert guidance of the former F1 racer Narain Karthikeyan the cars can be expected to be fun-to-drive along with better quality. 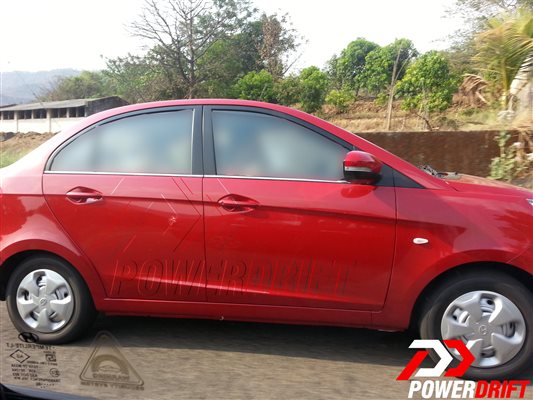 The Zest with the 1.2L petrol Revotron engine will be producing 85PS of peak power and 140Nm of peak torque. A five speed manual transmission as well as an AMT (Automated Manual Transmission) will do duties and interestingly, it is the diesel that will get the AMT, in turn making the Zest the cheapest automatic diesel sedan in the country. 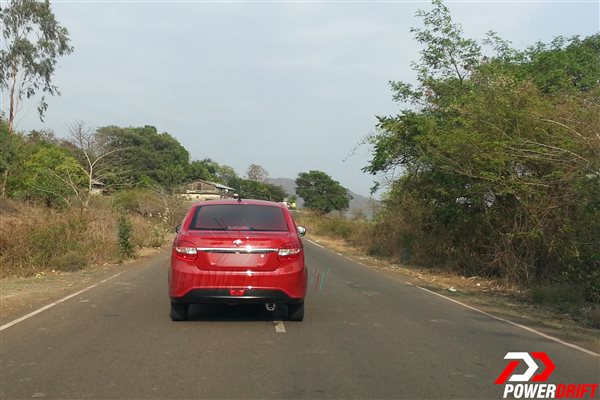 Tata Motors has been closely monitoring the sales volumes of the Maruti Suzuki Celerio AMT, and if the loooong waiting period has anything to go by, the Zest AMT should ideally be a volume churner as well.

Zest will compete against Maruti Dzire, Honda Amaze and the recently launched Hyundai Xcent. Tata intends to offer more features at an expected aggressive price tag. We have already seen projectors and it appears that even the entry level variants will be fairly loaded.

Everyone, including us have a lot of hopes from Tata Motors and we expect that the company will launch a thoroughly tested product this time!