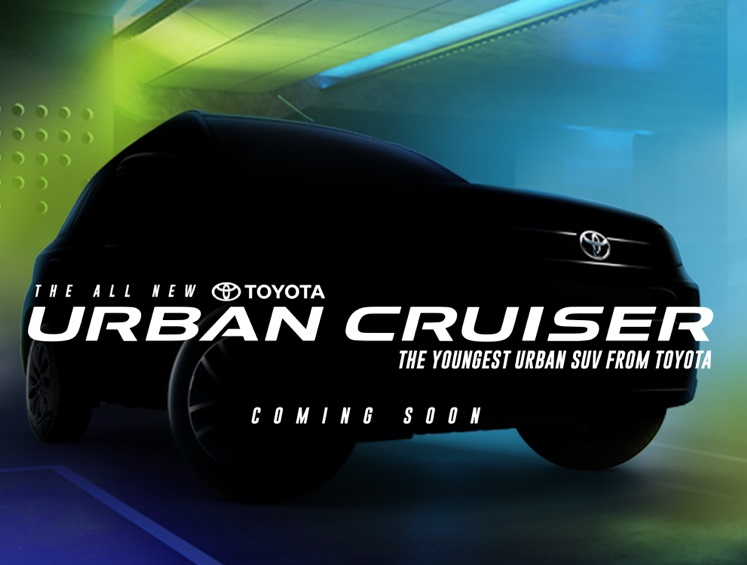 Upcoming Toyota Urban Cruiser is the Japs version of Maruti Suzuki Brezza. It is now ready for a showdown…

It was early last year when Toyota and Maruti Suzuki signed a mutually beneficial cross-badging pact, which enabled the companies to sell each other’s products with their respective badges on them.

The first product to come out of the partnership was the Glanza, which is nothing but the Maruti Suzuki Baleno with Toyota badging. Now, the next product off this partnership is ready. Toyota has teased its smallest SUV for India on its social channels, which will be called as ‘Urban Cruiser’.

The Urban Cruiser is Toyota’s derivative of the highly popular Maruti Suzuki Vitara Brezza. Unlike the Baleno and Glanza, which are very much identical, we hope the Urban Cruiser may adorn significant changes.

While both the SUVs are expected to share the same sheet metal, the Urban Cruiser will reportedly have unique front styling and different interiors. It will get new bumpers, grille and other soft-plastic parts, to bring its styling in line with the typical Toyota SUVs. The compact-SUV is expected to get interiors with lighter shades, as against the darker colors of the Brezza.

Apart from that, the car will be similar to its Maruti counterpart and will share the same petrol engine, which produces 105 hp of peak power and 138 Nm torque. It is also expected to adorn the SmartHybrid mild-hybrid system on both its automatic and manual gearbox combos.

Maruti Suzuki will build the car for Toyota at its Gurgaon plant, and the vehicle is expected to be launched in the coming few days…