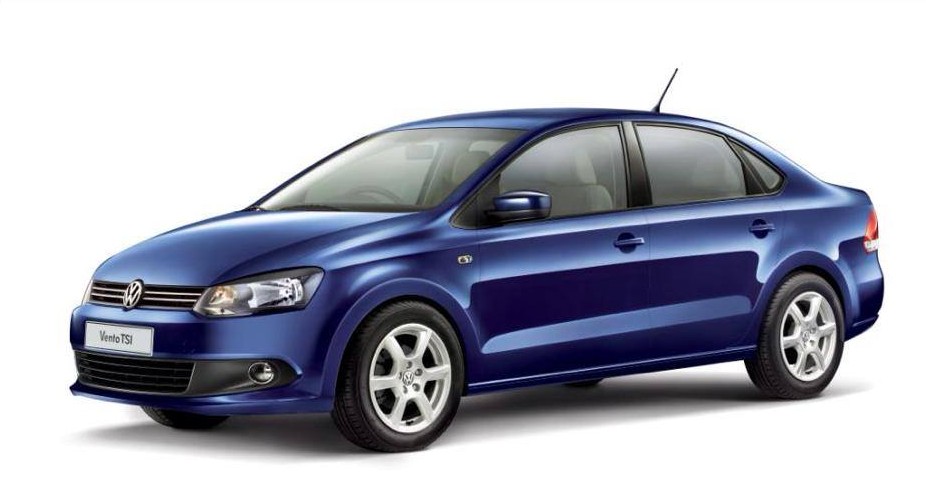 Volkswagen India recently introduced the Polo facelift and now it’s the turn of its three-box sibling to get a similar treatment. The upcoming Vento facelift will get the Polo’s GT TDI’s 1.5-litre diesel engine that produces 105PS and 250Nm of torque.

Though the Polo GT TDI is only offered with a 5-speed manual transmission, the Vento 1.5 TDI is expected to come with an optional DSG gearbox too.

The Vento 1.2 TSI petrol, like the Polo GT TSI, already comes with the DSG gearbox as standard. The current car also has a 1.6-litre petrol variant that comes with a choice of a 5-speed manual or a 6-speed Tiptronic auto ‘box’. The diesel at present is a 1.6-litre turbocharged unit that comes mated to a 5-speed manual transmission which will be axed.

The new 1.5-litre diesel is slightly more fuel efficient despite putting out the same amount of peak power and torque. Currently, only Hyundai Verna enjoys the monopoly of being the diesel automatic C2 sedan in the country. Its not offered on the New City diesel as well and it seems there won’t be a better time for the Vento to get noticed again in this segment.

In an update, a little sniff that has reached us is that Volkswagen may finally launch the new Vento facelift in India on the 24th of this month.

This also means that you may please go ahead and bargain for heavy discounts on the outgoing model if you don’t fancy the new diesel engine and a few cosmetic nip and tucks of the new car. Like the Polo facelift the Vento will also get new front and rear bumpers, new headlamps, and new alloy wheels while the interior will also get more features. And there is all the possibility of the new car coming in at a slight little premium over the current Vento.