Vitara Brezza Launch Date is confirmed to be 8th March 2016. Spotted on the way to commercial shoot!

So far, Ford EcoSport has almost enjoyed a monopoly in the sub four meter compact SUV space which is about to be challenged by none other than Maruti’s Vitara Brezza which was unveiled at the Auto Expo. Almost all the details were announced by the company but they did not confirm its official launch date.

We were of the opinion that they will launch the car in April but they have advanced its official showdown and now Brezza will be launched on the 8th of March in India. We already have the official invite.

Nothing ground breaking in terms of design and not even remotely as gorgeous as the XA-Alpha, Brezza will have the very strong backing of the “Maruti” brand and will be sold from Maruti’s existing dealerships (and not Nexa). This gives us a clue that Maruti has high sales-target set for its only compact SUV and they may price it aggressively. 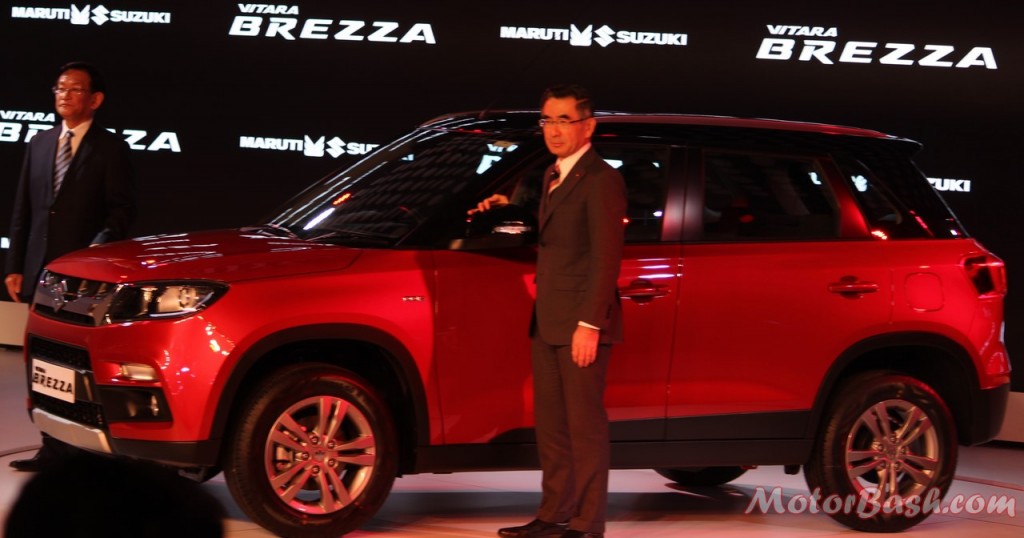 To begin with the company will only be offering the tried and tested 1.3 litre multijet diesel engine sourced from Fiat in the 90 PS tune with a Variable Geometry Turbocharger mated with a 5 speed manual gearbox. There are words of a petrol engine sometime in the future but as of now we are not sure which mill would they be plonking in the car. Since it has to remain in the ‘Small Car’ caetgory for excise duties, Maruti will have the option of the 1.2 L K-Series engine as well as the 1.0 Liter Turbocharged Boosterjet motor which will go to the Baleno shortly. 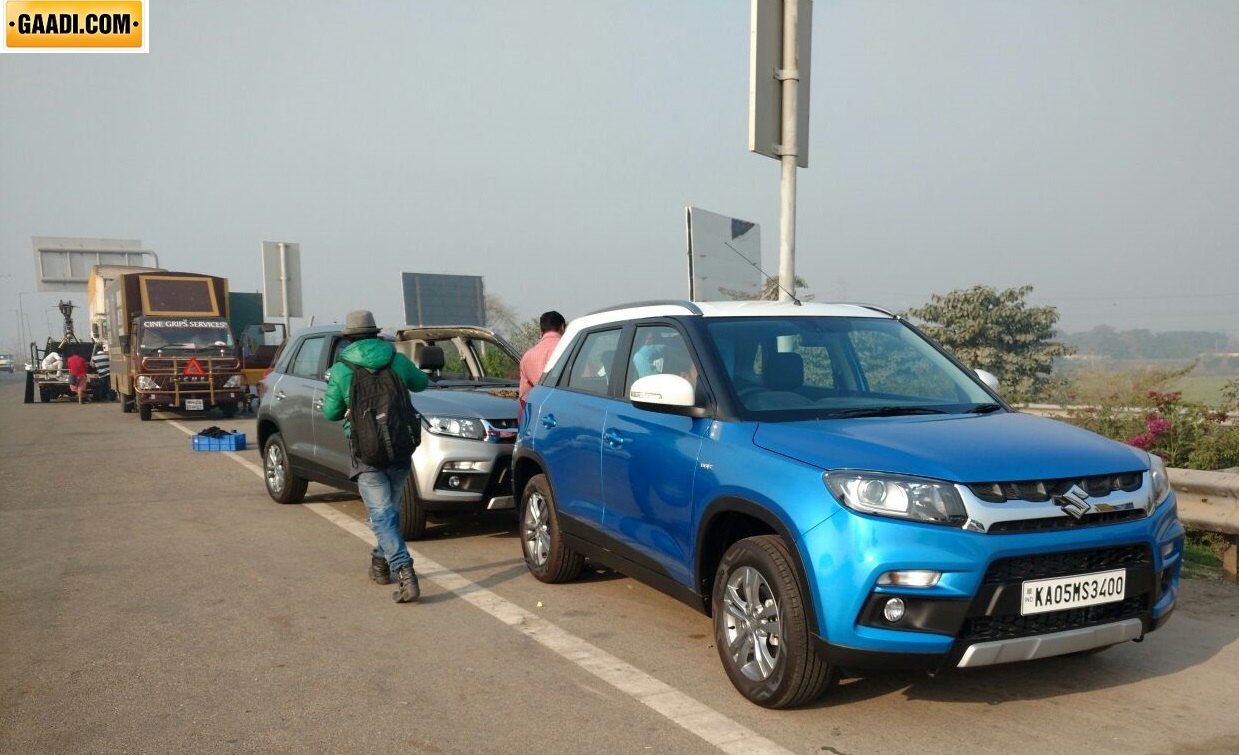 Before its official launch, Gaadi.com has spotted four colours of Brezza in Noida and claim that the convoy was heading for its commercial shoot. Interestingly, there is a Brezza with a chopped off roof most probably for an aerial shot of the interiors or something else. 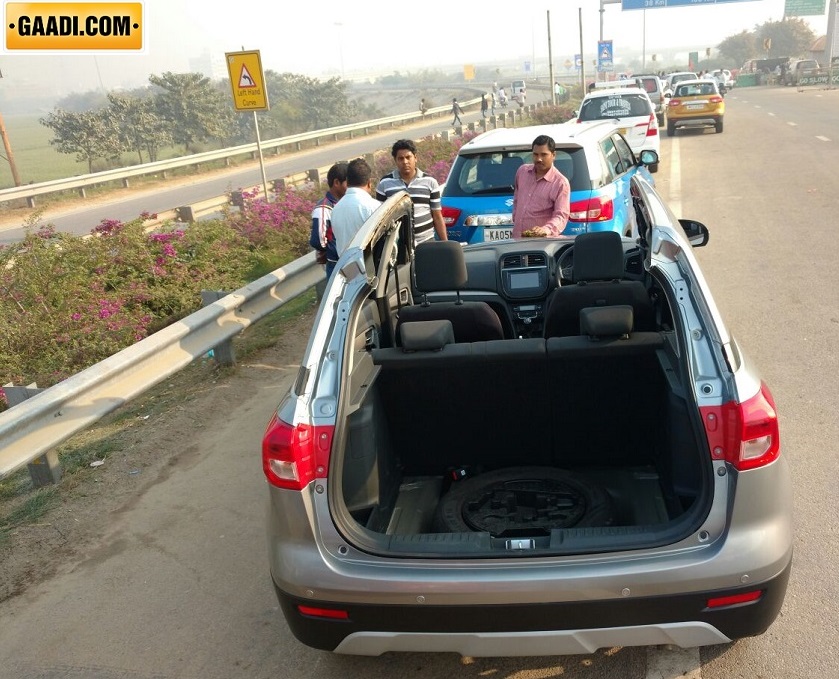 Apart from EcoSport, Brezza will also compete with TUV300 (the only ladder-SUV in this segment). According to unconfirmed reports, Maruti intends to beat everybody with expected sales of over 10,000 units! We are betting at a starting price tag of Rs 7.5 Lakhs (EcoSport diesel now starts at over 8 Lakhs) ex-showroom Delhi.