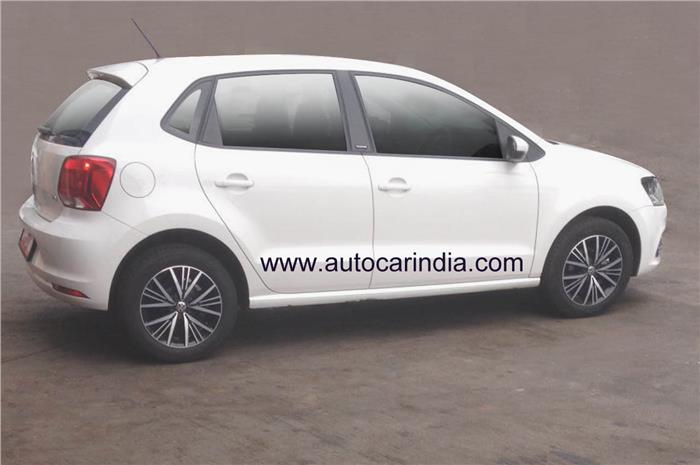 Volkswagen India is set to bring out a special edition of the Polo called as the Allstar. Unveiled globally at the Geneva Motor Show earlier this year, the Polo Allstar was a tribute to UEFA’s football tournaments. Autocar India has published a spyshot of the car revealing how the Indian version will look.

Globally the Polo Allstar gets new alloys, Allstar badging on the B pillar, fog lamps, headlamp washer and automatic climate control with heated seats. In India, it is likely to be present only in the top end Highline variant. Powering these will be the same three pot 1.2 litre MPI (petrol) and four cylinder 1.5 litre TDI (diesel) mills.

The output can be expected to be the same as the standard versions but there is a possibility that the diesel’s output of 105 PS can be increased to 108 PS. Even the Ameo diesel is expected to get this increased output when launched. The report also adds that the new Blue Silk paint scheme introduced in the compact sedan, will also make its way to the hatchback line-up. Possibly in the Allstar edition.

The German car maker is also said to be in talks with Tata Motors to develop a low cost car. Volkswagen has also started testing the new Passat in India which is expected to be launched next year.