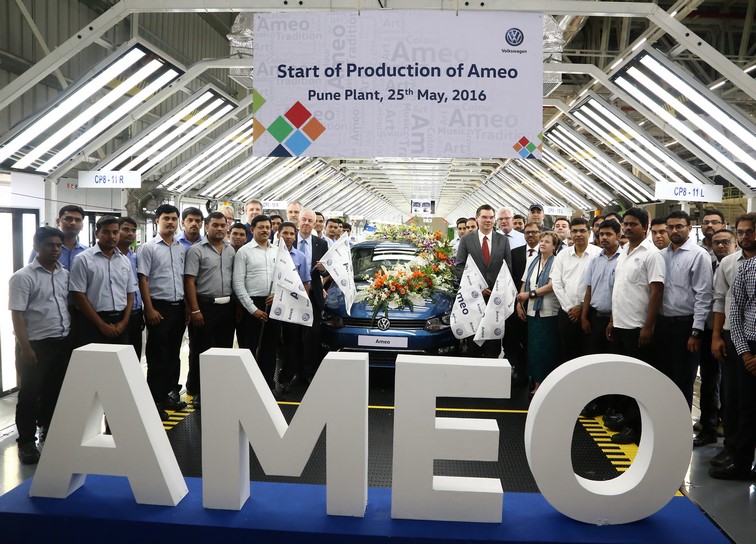 Volkswagen India has announced that they have started production of their compact sedan Ameo and have rolled out the first unit from the Pune plant. Showcased right before the Auto Expo, the Ameo has been developed with characteristics of typical German engineering for the Indian market and has seen an investment of Rs 720 crores.

The company aims to rapidly increase production to build up an inventory before it is officially launched. The first unit carries the ‘Blue Silk’ paint scheme and gets a 1.2 litre three pot petrol mill which also does duty in the Polo. In the hatchback the engine churns out 75 PS of maximum power and 110 Nm of peak torque.

A 1.5 litre four cylinder diesel mill is also available which comes in two states of tune churning out 90 PS/230 Nm and 105 PS/250 Nm. While the output has not been specified for the Ameo, it would not be overly imaginative to expect both the versions to be made available (a la Ford Figo Aspire may be?).

Here’s what Dr Andreas Lauermann, President and Managing Director, Volkswagen India, had to say on the occasion:

“This day marks an important event in the journey of Volkswagen in India. The Ameo symbolizes yet another first as it has specifically been created for the Indian customers. Due to the expected high demand for the Ameo, we have recently added a third shift to support the extra production volumes at our plant. We are committed to ensuring that our customers get their Ameo as soon as possible.” 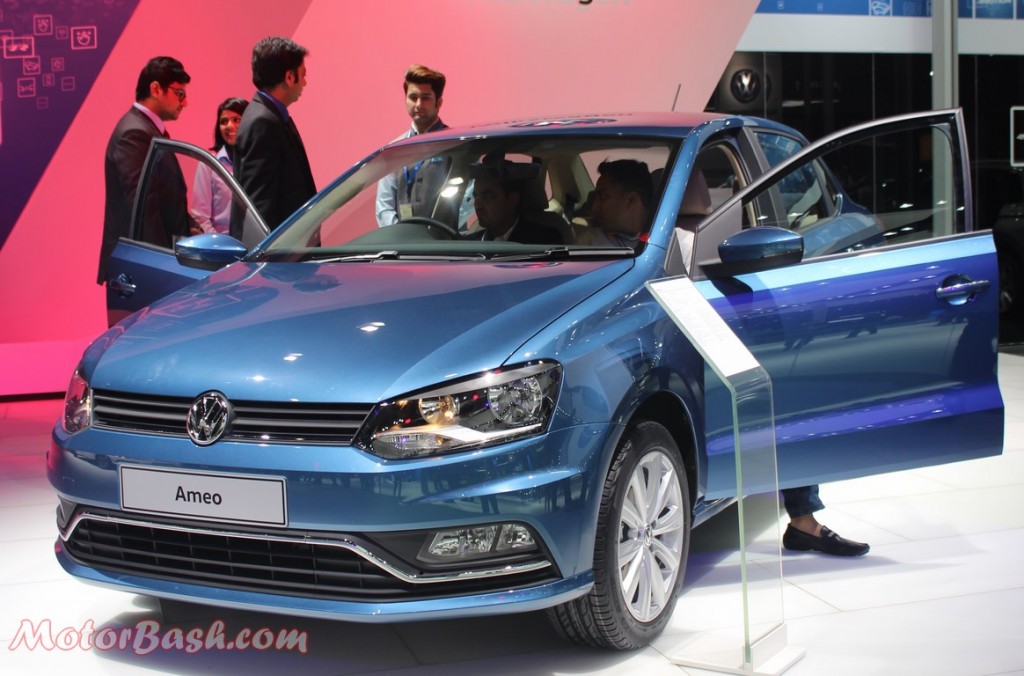 The Ameo gets several first in class features like cruise control, rain sensing wipers and static cornering lights. Safety features include dual front airbags and ABS as standard in all variants. Volkswagen is also conducting a 17 city road show to promote the Ameo.