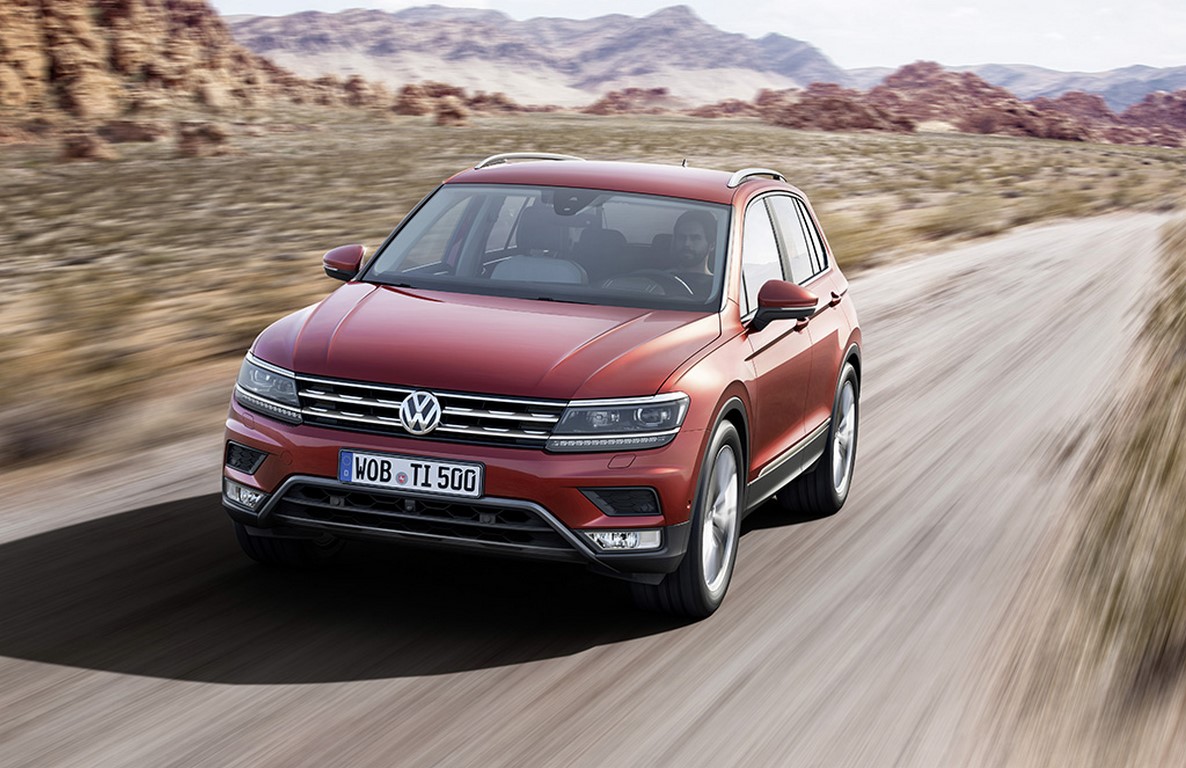 Volkswagen’s much awaited new Tiguan has been finally unveiled at the ongoing Frankfurt Motor Show. Being the first Volkswagen group SUV to be based on the Modular Transverse Matrix (MQB) platform, the new Tiguan has a lot of weight on its shoulders. It is also been confirmed for India, officially by the company, for a launch sometime later.

Scheduled to be introduced in April 2016 in Europe, the new Tiguan gets a redesigned exterior package. Tested in a wind tunnel, the boxy design has made way for a more streamlined image. It gets a significant wider stance with the first dual LED headlights on a Volkswagen. It also gets a higher waistline which gives it a more SUV-ish charm. It gets black plastic wraps around the entire length of the car and the large 18 inch wheels get a nice wheel arch. 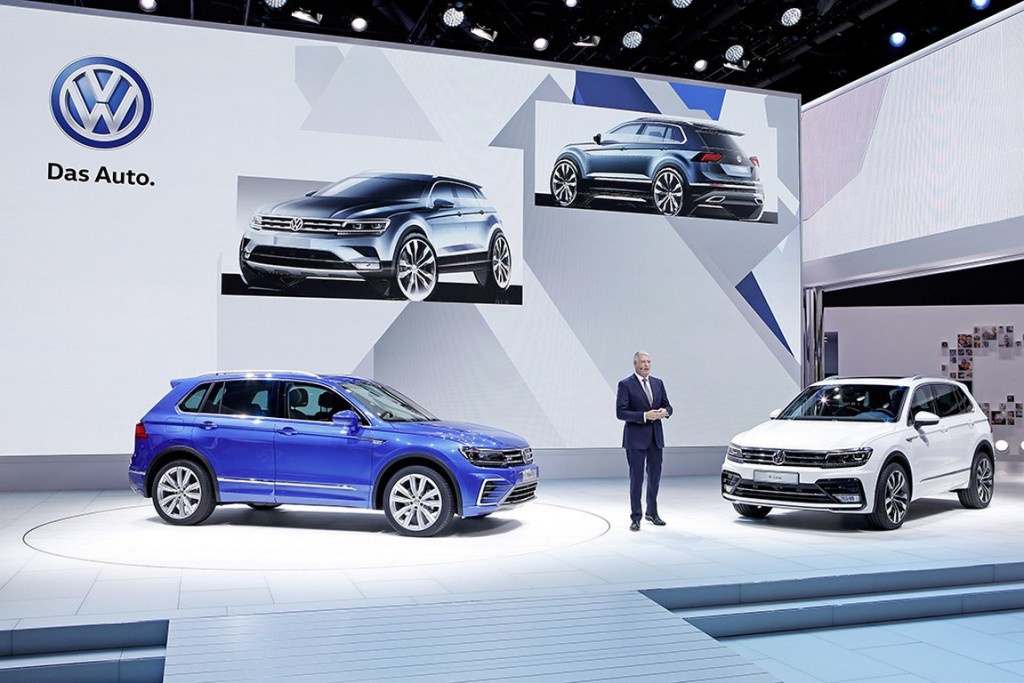 The rear gets sharp LED tail lights with a horizontal cut and the tailgate opening has been increased to make easier loading. The lower part of the tail gets an aluminium styled diffuser which gets mated to chrome plated trapezoidal exhaust tailpipes. The new car measures 4,485 mm in length, that’s an increase of 70 mm while the width increases by 30.5 mm (becomes 1,839 mm) and the height increases to 1,633 mm (increased by 33 mm). The wheelbase has seen an increment too (by 76 mm) which should translate into better leg room. 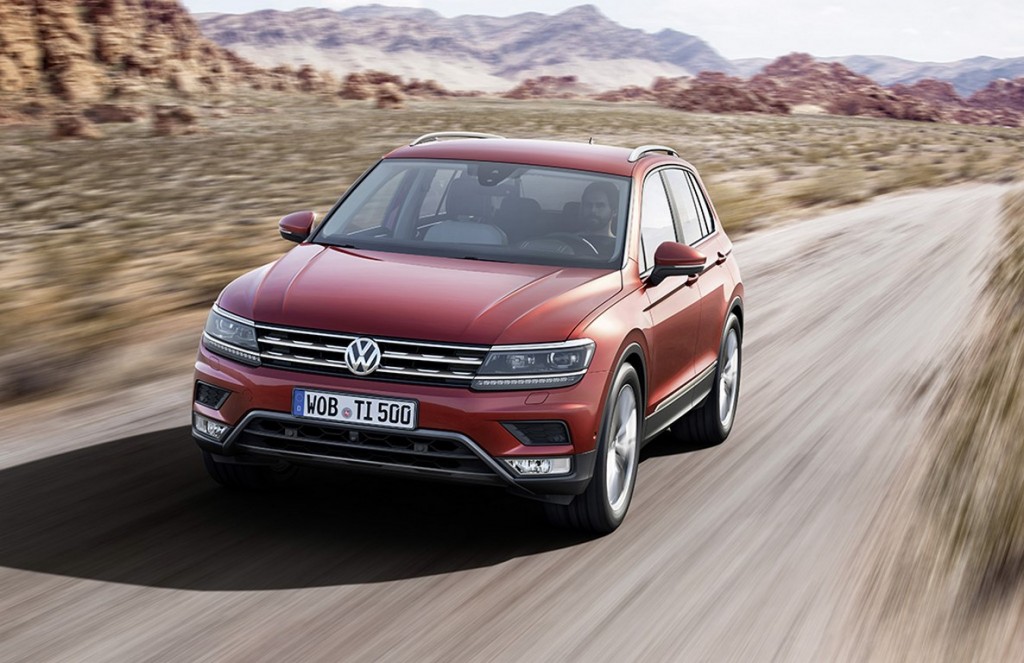 The interiors get premium leather upholstery with a familiar yet refreshed set up. An optional 12.3 inch Active display from the new Passat which gives an interactive and fully digital main instrumentation display. The standard infotainment system is a single colour 5.0 inch touchscreen system. The higher variants get a 5 inch colour display with an 8 inch touchscreen available as an optional extra. 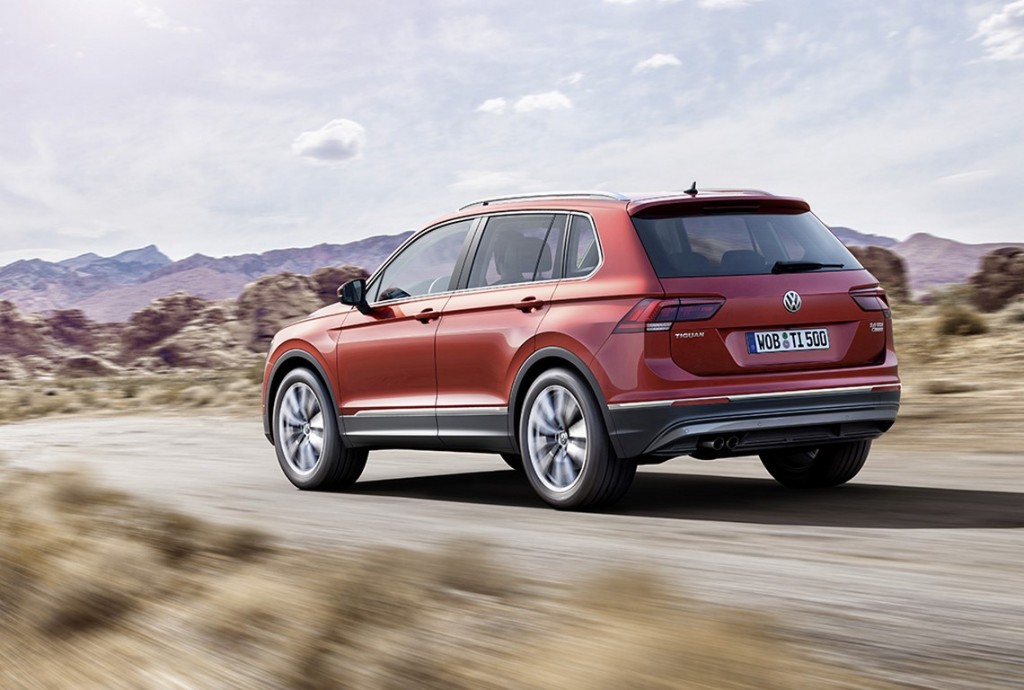 The company has revealed that there will be four petrol Euro 6 compliant engines with outputs of 125 PS, 150 PS, 180 PS and 220 PS. The diesels too would amount to four Euro 6 ready mills producing 115 PS, 150 PS, 190 PS and 240 PS. Volkswagen claims that these engines will be at least 10 per cent more fuel efficient than the present crop. The Tiguan will also get a 4Motion AWD system with a fifth gen Haldex coupling.