Looks like the compact SUVs are going to invade our world just like Aliens do in Hollywood Sci-Fi flicks! Talking about sense, we are not joking 😀

Almost every manufacturer wants to eat a pie of this fast growing compact SUV rage. Volkswagen has unveiled a cute looking extremely compact concept SUV based on the their small car Up! in Sao Paulo International Motor Show in Brazil. Volkswagen calls it Taigun and yes, we know its just a jumbling of their “Tiguan” proposed SUV.

Based on the Up! Taigun also shares its looks from the small car and is technically based on it as well. Taigun’s dimensions put it in the league of one of the most compact SUVs in this segment. With dimensions of 3859mm (Length), 1728mm (width) and 1570mm (height) Taigun is significantly smaller than Duster and relatively smaller than the proposed sub-4meter upcoming Ford EcoSport. This concept car has a decent trunk space of 280 liters which expands upto 987 liters when the rear seats are moved down.

Now comes the most important bit, the engine! Volkswagen utilizes a prototype version of Up!’s 1.0L 3-Cylinder turbocharged Petrol motor which produces 110PS of power and 175Nm of torque at as low as 1500 rpm! This fantastic-on-specs engine is mated to a 6 speed manual transmission. 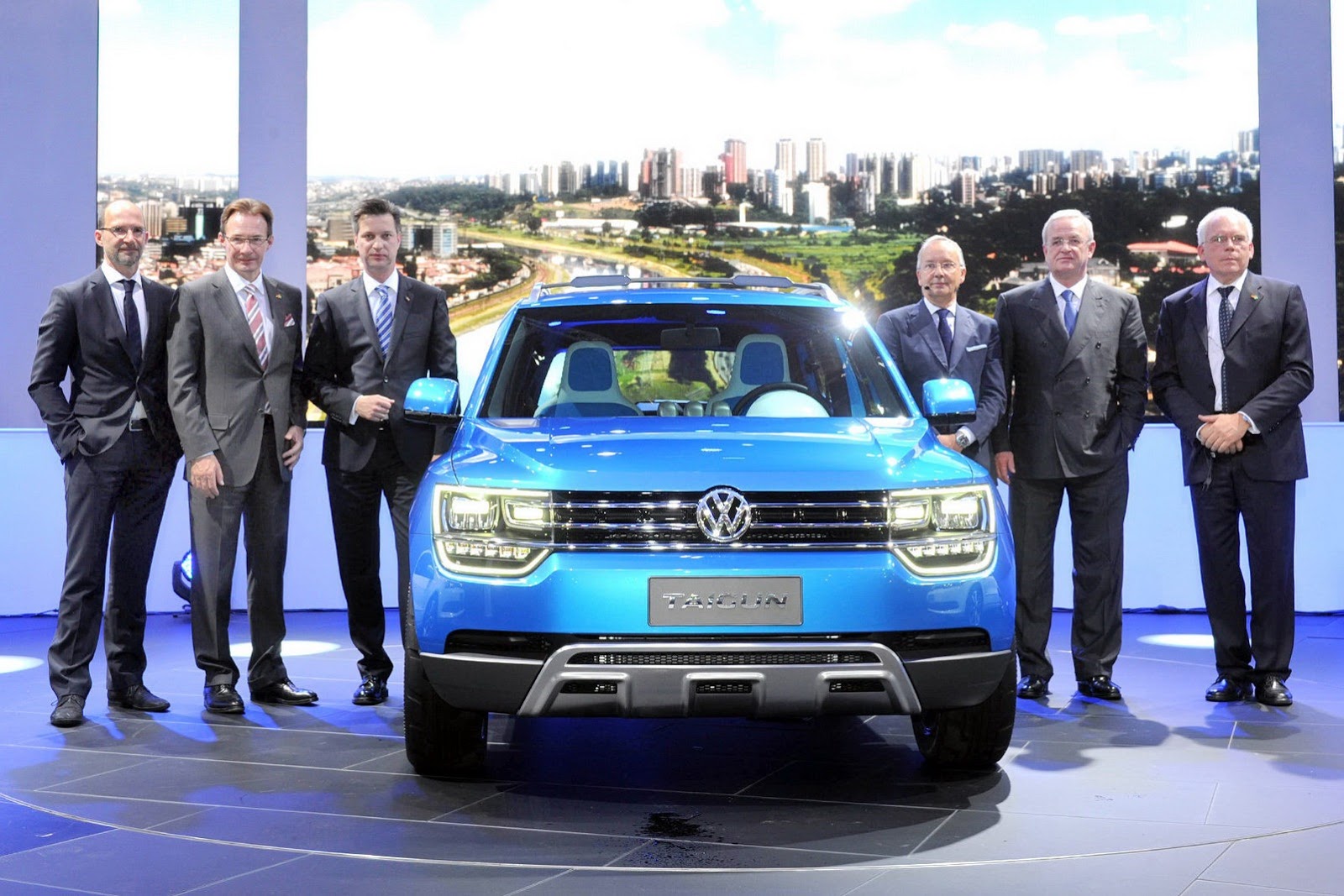 This front wheel drive concept Taigun weighs a paltry 985kgs which is lower or in the similar range than most B-segment hatchbacks we have in our country. The 0-100 kmph dash is claimed in 9.2 seconds flat with the Taigun topping at 186kmph. Now that’s fast and quick!

The concept Taigun is shod with 17inch 205/50 rubber which might see a little downsize in the production variant, if and when it sees a green light. 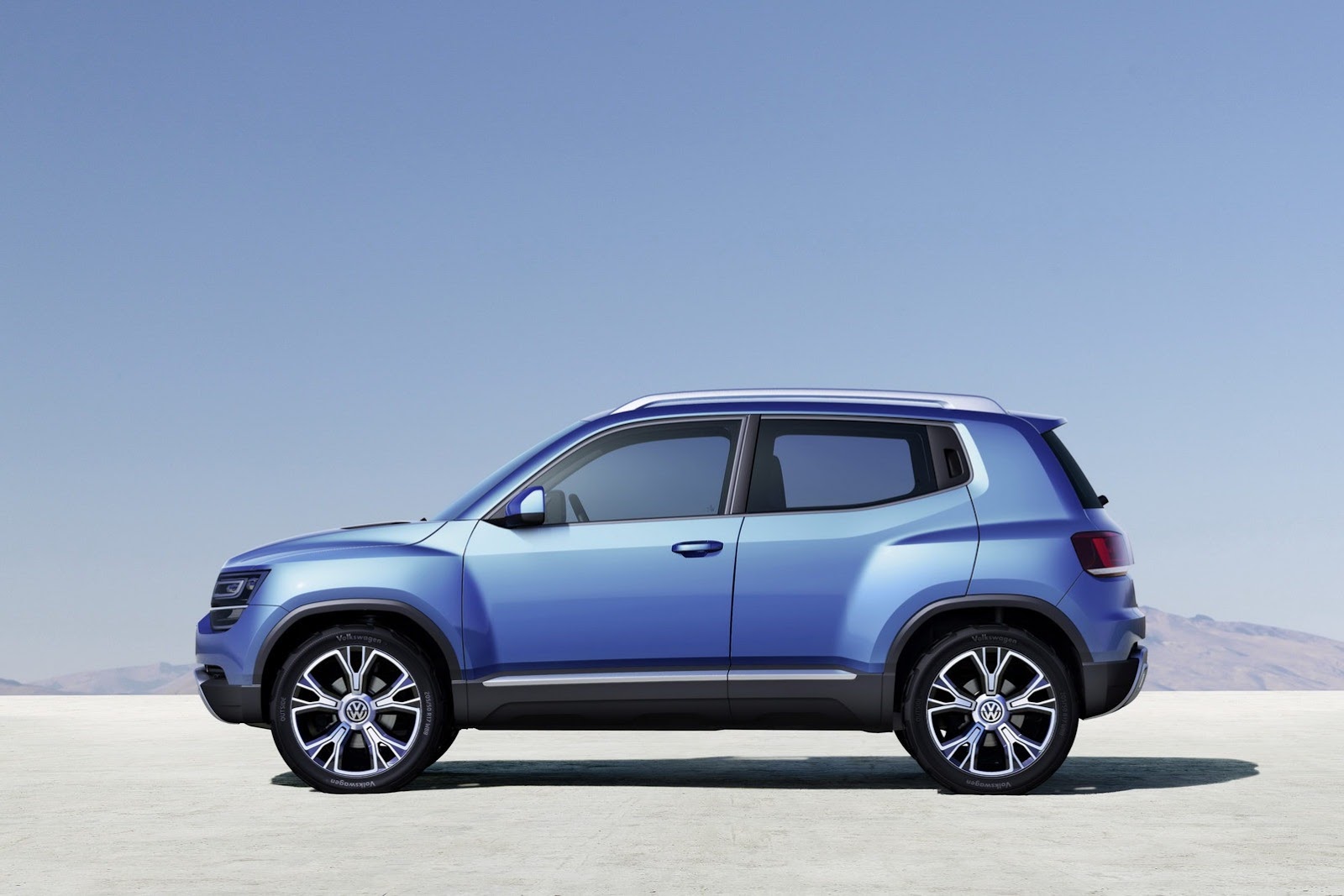 Its too pre-mature to even talk about this, but we see a lot of potential for Taigun for our market. We have spotted the Up! hatchback in Pune a couple of times and expect that Volkswagen is upto something for sure w.r.t. Up! for India.

This Taigun is extremely compact and the most important thing is that it is under 4 meters in length which means it would be a ‘Small’ car in India and would enjoy lesser duties. This would mean Volkswagen can price it competitively for the Indian market. Imagine a Volkswagen mini SUV bang under or around the EcoSport!

We are definitely very eager to see this ‘thing’ in India, are you?