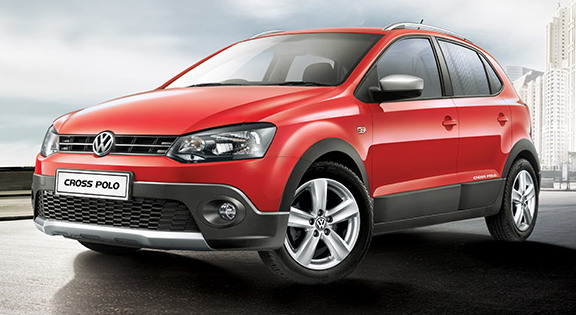 To extend the sway of the Polo brand to a wider audience, Volkswagen has ushered in the Cross Polo into the Indian market. The Cross Polo is a rugged version of the Polo, and Volkswagen feels it will appeal to those customers who are looking for a bit of off-roading DNA in their premium hatchbacks. 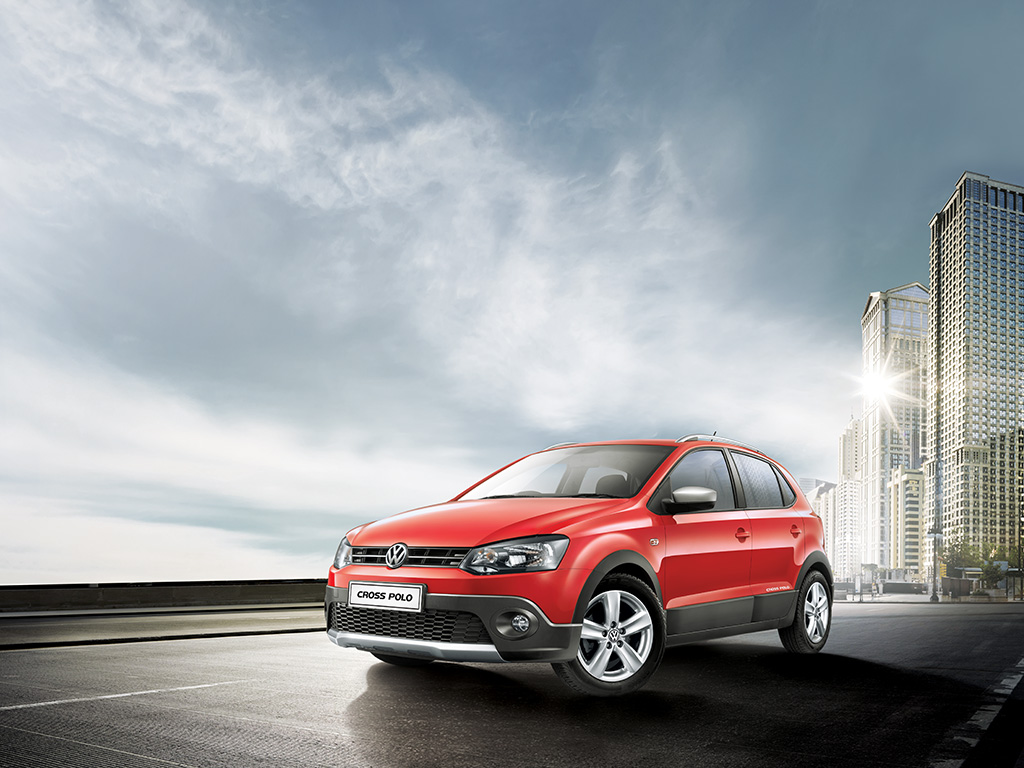 Essentially, the Cross Polo can be called a hatchback-crossover featuring hatch-like driving dynamics but with the footprint and rock-solid stability of a SUV. However, let us also inform you that the Cross Polo which India has received is not the Cross Polo which Volkswagen sells internationally. It appears to be the same Polo with some puffed-up body kit and shockingly, the ride height and the wheelbase are absolutely same.

Evidently, Volkswagen wishes to rake in high margins from the burgeoning Crossover segment. But the Cross Polo appears to be a half-hearted effort at best. Let’s take a look at the wannabe Crossover of India!!

The only rough-and-tough aspect of the Polo was the horn.

Looks like VW’s designers had a tough job from day one itself as the perception of the Polo went against the image that they wanted to build around the Cross Polo. You might ask why they didn’t start things from scratch.

Probably this was done to share parts, and lower costs. A more probable reason is that VW wanted to tap into the widespread customer affection that exists for the original Polo. 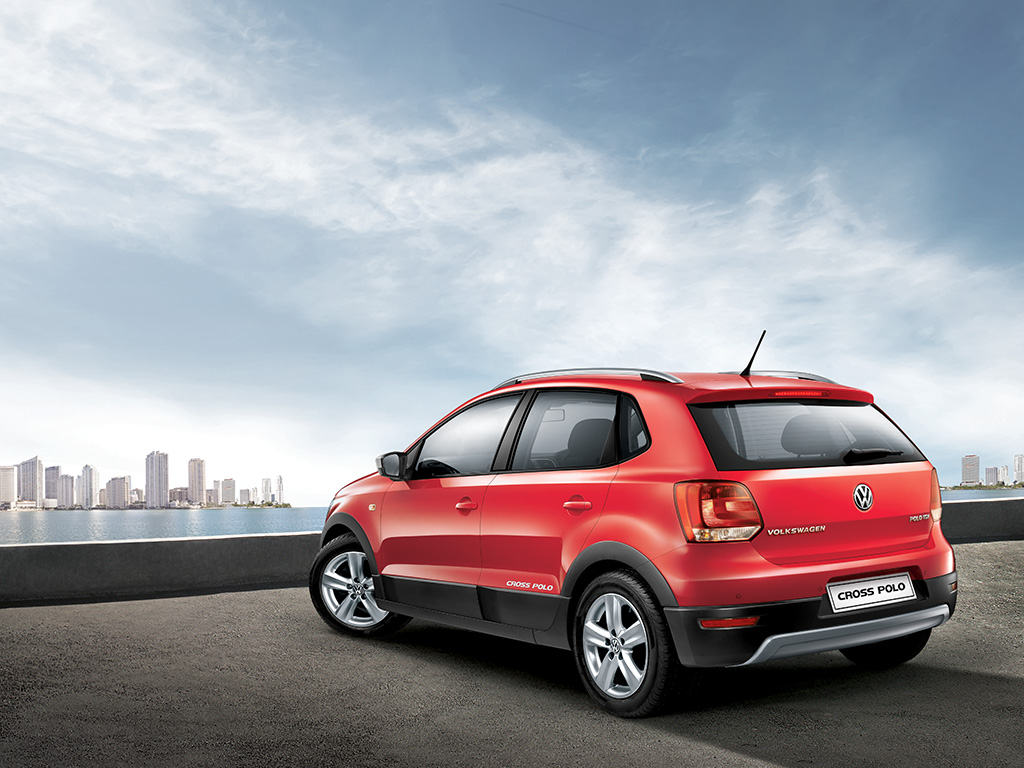 Here they are, Europe’s largest carmaker, strutting in with their new Cross Polo. It flaunts something that VW calls “Cross” Grill with chrome accent as well as “Cross” bumpers with silver accents. We aren’t sure what VW is trying with the “Cross” thing; neither is the grille in the shape of a crucifix nor does the car’s front end look really angry or menacing.

As expected, there is black under-cladding on the sides and front. The cladding arches over the wheels too, with a Cross Polo badging nearby. The Black is Bad, Black is Tough theme continues at the front, with the halogen headlamps having received black finish.

Some silver finds its way too, though. Look at those shiny roof rails and the door mirror housing!!

Volkswagen is also boasting of heat insulating glasses for the windshield and the side as well as the rear windows. The other claim is regarding the galvanized body of the car, for which VW is offering a 6-year warranty.

A classier “Livon” upholstery adorns the interiors. There is a leather-wrapped steering wheel. The gearshift knob as well as the handbrake lever handle are clad in leather too. Some chrome is tactfully used, lending an air of opulence.

Apart from the feel, the interior scores well in functionality too. Storage spaces are numerous, having been carved out of the front doors. It includes cup-holders for 1.5 litre bottles. Sunglasses can be secured in the glove box.

Instrumentation list isn’t humble, either. A “Climatronic” Automatic Air Conditioning with dust and pollen filter will keep the interiors clean and cool. The Cross Polo comes with a 2-DIN RCD 320 music system with USB, Aux-in, SD Card and Bluetooth connectivity. It features a Multi-Function display as well.

The steering wheel is a speed related electronic power steering, i.e. feedback from the motor changes with varying speed. It is adjustable for tilt and telescopic, allowing one to find a position of his choice. More comfort for the driver comes in the form of a height adjustable driver’s seat.

The console is very savvy, displaying readouts of high coolant temperature in the form of warning lights. Other regular features like time, fuel gauge etc. are obviously there. More tech stuff comes in the form of speed sensing auto door locks, and electrically adjustable outside rear view mirrors.

Of course, we do get remote controlled central locking and rear parking sensors too.

This is possibly the biggest dampener on the prospects of Cross Polo. Against the speculation of a 1.6L/1.5L diesel mills, India’s Cross Polo gets the same 1.2L TDI 3-pot diesel motor from the regular Polo. It churns out a peak power of 75 PS @ 4200 rpm, and maximum twist of 180 Nm comes at an early 2000 rpm.

It is just the only available option currently!

Volkswagen is offering the Cross Polo in three color choices:

Volkswagen is offering the Cross Polo only in the Highline trim at an ex-showroom Delhi price of Rs 7.75 Lakhs.

There are murmurs that Volkswagen might bring in the true Cross Polo sometime next year, till then this is the best they have to offer. So will you Cross -Polo? 😉