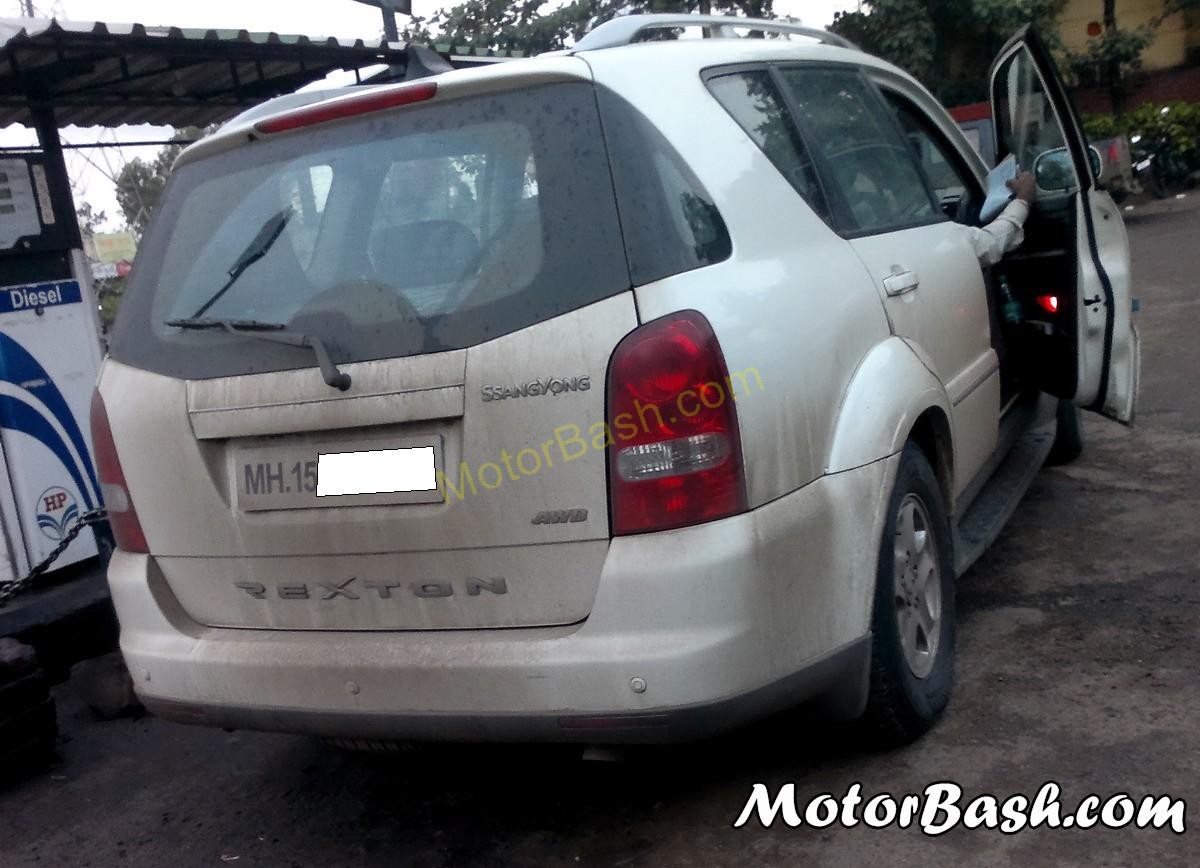 The stage was all set for the big, bulky and old-school Rexton to make its debut here in India. It was all expected to become the first SUV from Mahindra’s latest acquisition of Korean Ssangyong Motors to be launched on Indian soil.

We caught the SUV a few times in Nashik and Pune. Even big guns of auto industry like Hormazd Sorabjee from AutoCar predicted that it would be the older Rexton that would make way to India. Meanwhile, Ssangyong showcased the new Rexton W at Busan Auto Show.

Things changed when this latest updated and more modern looking Rexton W was caught testing on Indian soil. It became confusing about what exactly were Mahindra thinking and why were they testing the older Rexton if they already had plans to launch the latest Rexton W in India?

It doesn’t stop at that! Mahindra is still testing the older Rexton and the latest specimen we caught here in Pune when we spotted two (older) Rextons, one in white and the other one in black fuelling at a diesel bunk with regular number plates.

From what we can get to know about Rexton, it has been confirmed that the new Rexton W would be the one which would make way into India. However, there might be a little delay and the car might not be launched around Diwali. From what we have known, Mahindra has imported a Rexton W which is testing in and around Nashik and there is only one test mule which is doing duty.

When we tried to dig more into the reasons of Mahindra shedding launch plans of older Rexton, we got to know that due to some India specific reasons, most prominent one being the scraping of under-body of older Rexton  (as cited) along with its traditional looks, Mahindra decided to launch the new Rexton W in India.

We have known that Mahindra takes a lot of time to test their cars before launching and since this would be the very first Ssangyong product which would make way into India, they would want to ensure everything falls in place. Hence, we suspect a little delay in Rexton W’s launch in India.