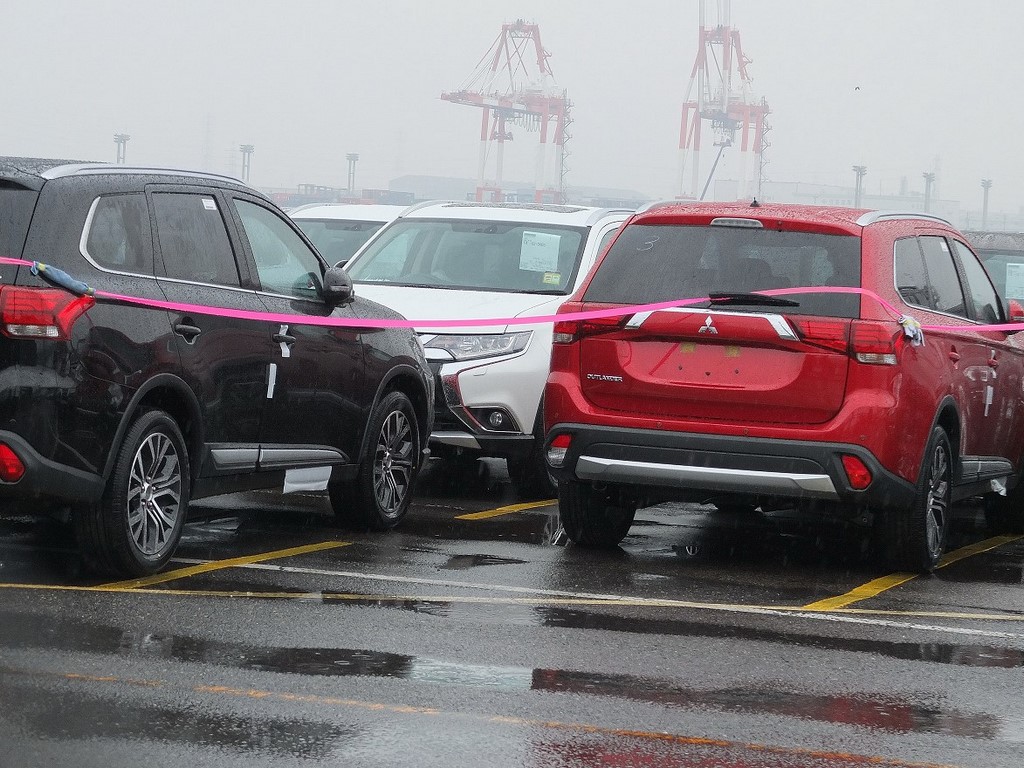 Mitsubishi is scheduled to showcase the new 2016 Outlander Sport facelift at the New York Auto Show next month and here we have the first ever spy pictures of the car from some Japanese port! 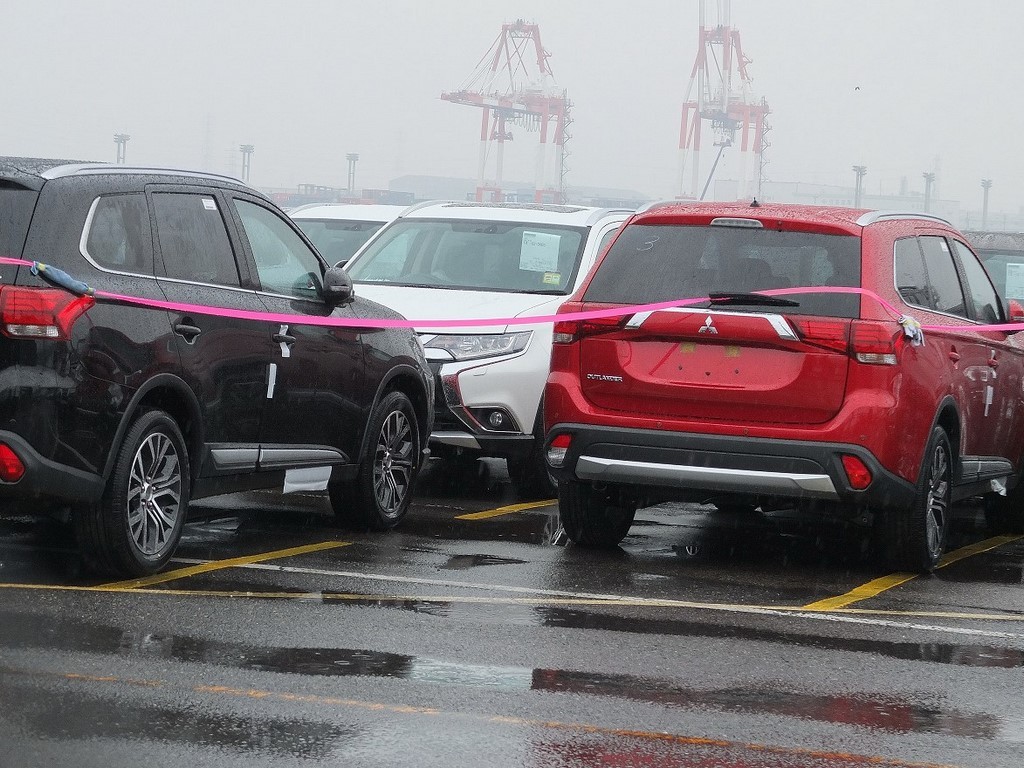 These spy pics from the folks at a Japanese auto website Minkara reveal some interesting new facts about the car. No camouflage at all reveals that the new Outlander is set to get an extensive chrome job. The bumpers get silver underskirts and there are new chrome-outlined fog lamp enclosures. The tail lamps emerge as a bigger unit. The front nose, though not visible properly, appears to resemble the Outlander PHEV S concept showcased at the Paris Motor Show in October last year. 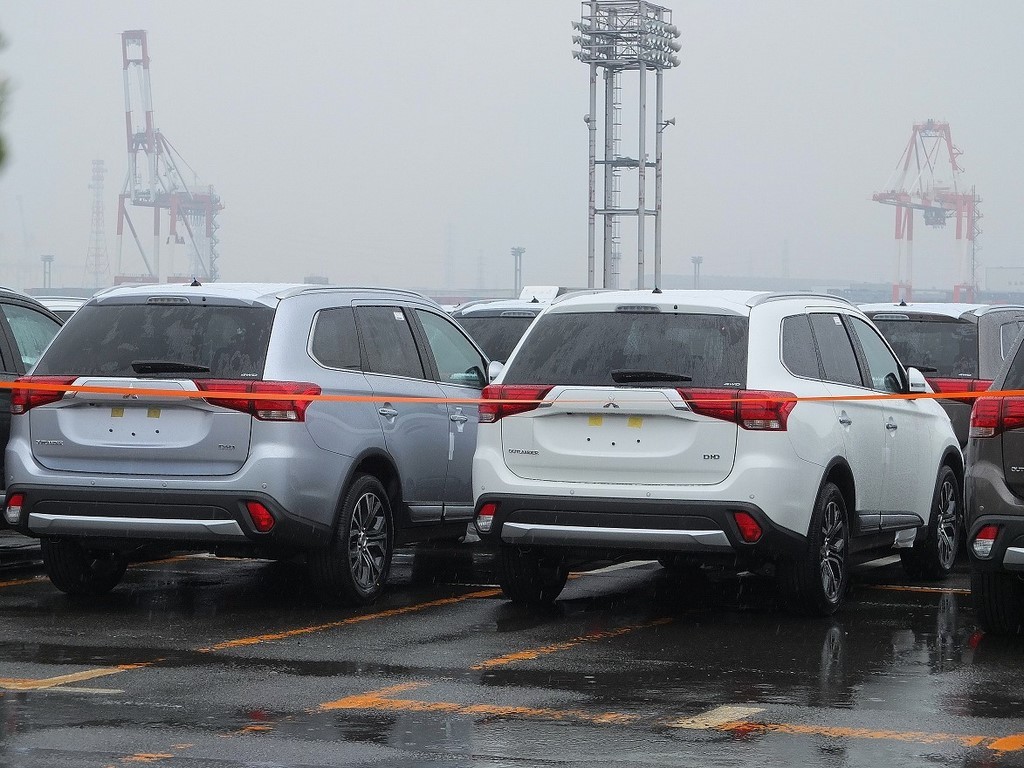 The new 2016 Outlander is also expected to get an improved CVT (Continuously Variable Transmission) gearbox. Engine options shall include a 2.0 Liter unit producing 148 bhp of power. A bigger 2.4 Liter engine is also scheduled to be available for some more zest. 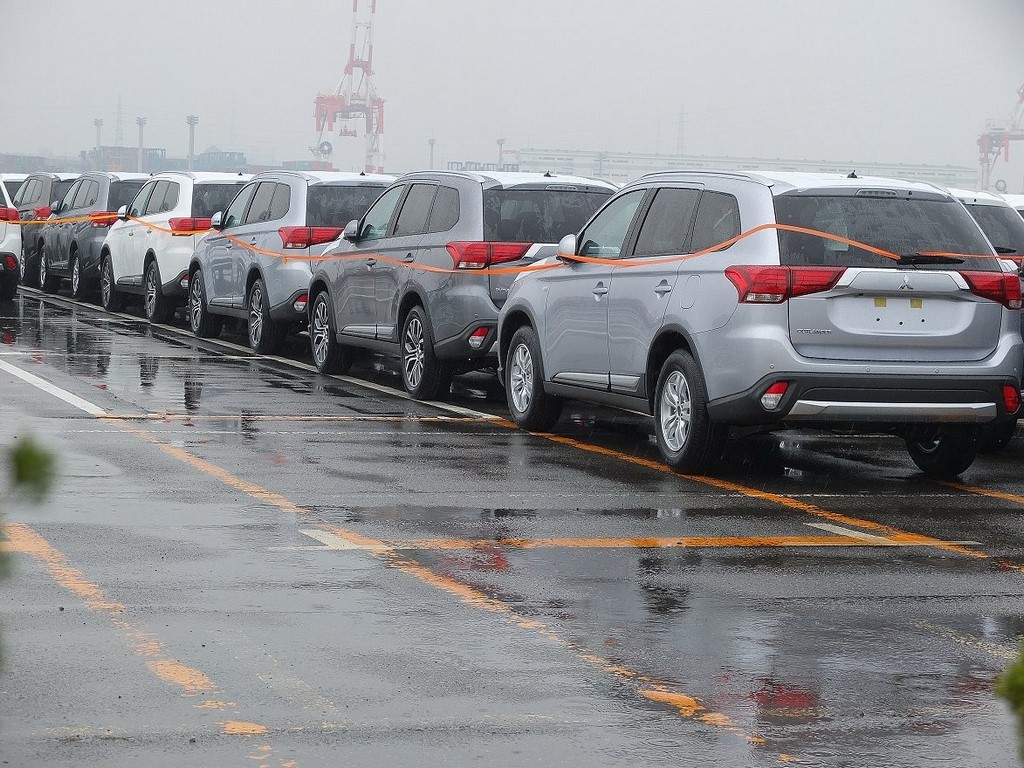 The Outlander is also set to be seen in an evolved hybrid form which would be using a 4 pot 2.0 Liter petrol mill mated with two electric motors and a 12 kWh lithium ion battery.

Back in India, there are speculations that Mitsubishi may re-launch the Outlander soon and this time with a diesel engine. Their Pajero Sport is already doing fairly well, according to Mitsubishi’s Indian reach.