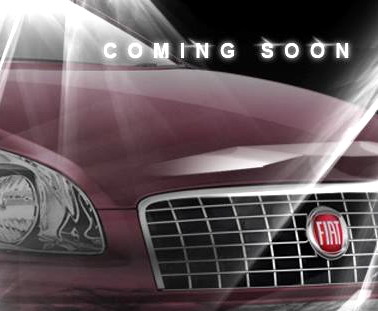 Fiat also shared that they will refresh the Linea and Punto in early 2013 and will rebadge the current Linea as ‘Linea Classic’ towards the end of 2013. During the early part of next year 2014, Fiat will bring in the much anticipated New Linea which will also mark the foray of the 1.6L MultiJet Diesel engine in India for the first time (More Details).

Meanwhile, Fiat has updated their Official Facebook page with a ‘COMING SOON’ teaser on a Linea background along with the Superman Movie ‘Man of Steel’ poster. The teaser is appended over this paragraph.

Now, considering that the 2013 Linea is already out in the market (yes, if we can call it a model refresh!), the next ‘Coming Soon’ slot appears to be for the performance monster Linea T-JET. The pic also shows the face of the current Linea. Fiat discontinued Linea a few months back and during its last times, it was sold at whooping discounts of over Rs 2.5 Lakhs (More Details)

The new 2013 Linea T-Jet is expected to adorn a few updates however the heart will remain the same. So, for all you performance aficionados, here is a petrol turbocharged car that churns out a massive 114PS of power output along with a meaty torque of 207bhp from its 1.4L mill and an enthusiasts delight, 5 speed manual stick! For comparison, the regular Linea produces 90PS of power and 115Nm of torque!

And meanwhile, the spiderman’s poster there might include something related to Chrysler (Jeep) as well considering that Chrysler is official car partner for Warner Bros Movie ‘Man of Steel’.