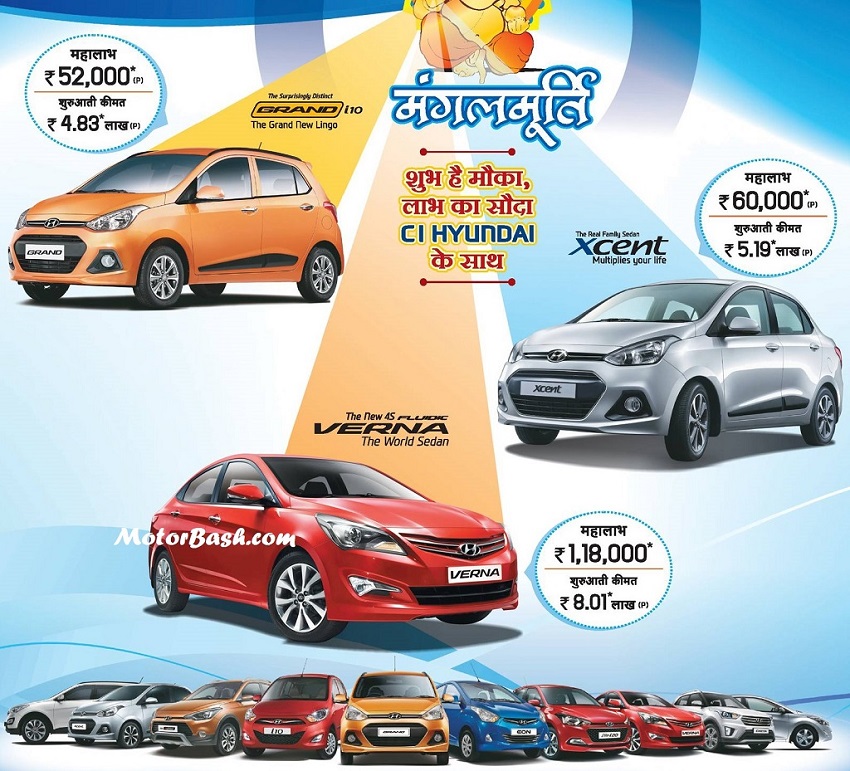 Update 15 September: Offers on the new Verna are increasing by the day or that is what it appears. From the 80k discounts of last time, the car is now going for discounts of upto Rs 1.18 Lakhs which is almost 15 percent of the ex-showroom price of the car (for the entry variant). Break-up includes insurance, gift cheque, Corporate Exchange, Loyalty Bonus etc. The ticker says these discounts are limited till 30th September but don’t worry they are here to stay….

Xcent and Grand i10 are also going for some heavy discounts just before the festive season. This is from a local dealer in MP, but we expect similar offers in major part of the country.

September 3: It is hard to believe that the car that was the largest seller a few months back is now getting heavy push from the company to lure buyers. Prior to the launch of the new City (with the diesel motor), Verna was the most selling C2 segment sedan in its segment. Once a consistent 4-5k seller, Verna has been reduced to figures which would not please the management!

For the month of July 2014, it registered total sales of 1328 units only which were less than half of what it achieved during the corresponding month last year (which were already reduced numbers). Compare this with City which is averaging around 7000 units for the first four months of this financial year (till July 2015). And the second ranker Ciaz is also set to strike even heavier with the new Diesel Hybrid engine which pushes the fuel efficiency figures to a new high!

Following the debacle, Hyundai is offering massive discounts on their lone C2 segmenter. Hyundai, like Maruti, generally promotes their cars (including Verna) with various offers almost throughout the year, but this possibly is the highest it has gone so far.. 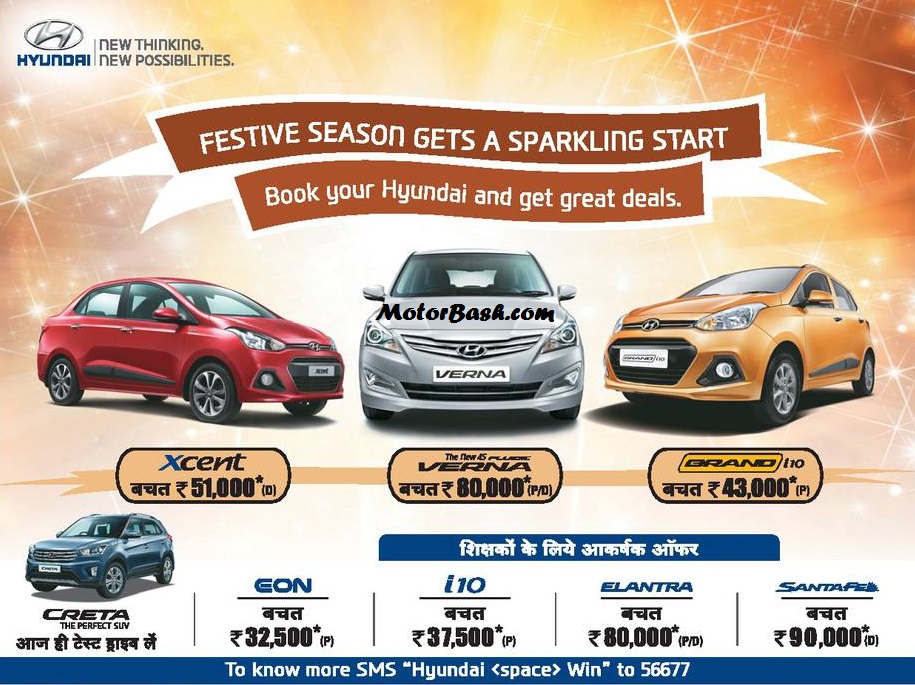 According to an advertisement in a local newspaper, the new Verna 4S is going upto Rs 80,000 cheap and this is applicable for both the petrol and diesel variants. If we leave the Santa Fe which costs almost three times, Verna shares the podium along with Elantra, for the cars on highest discounts. Here are the various constituents of this heavy discount..

Other Hyundai cars, as you can see in the banner above are also getting their share of discounts and offers…