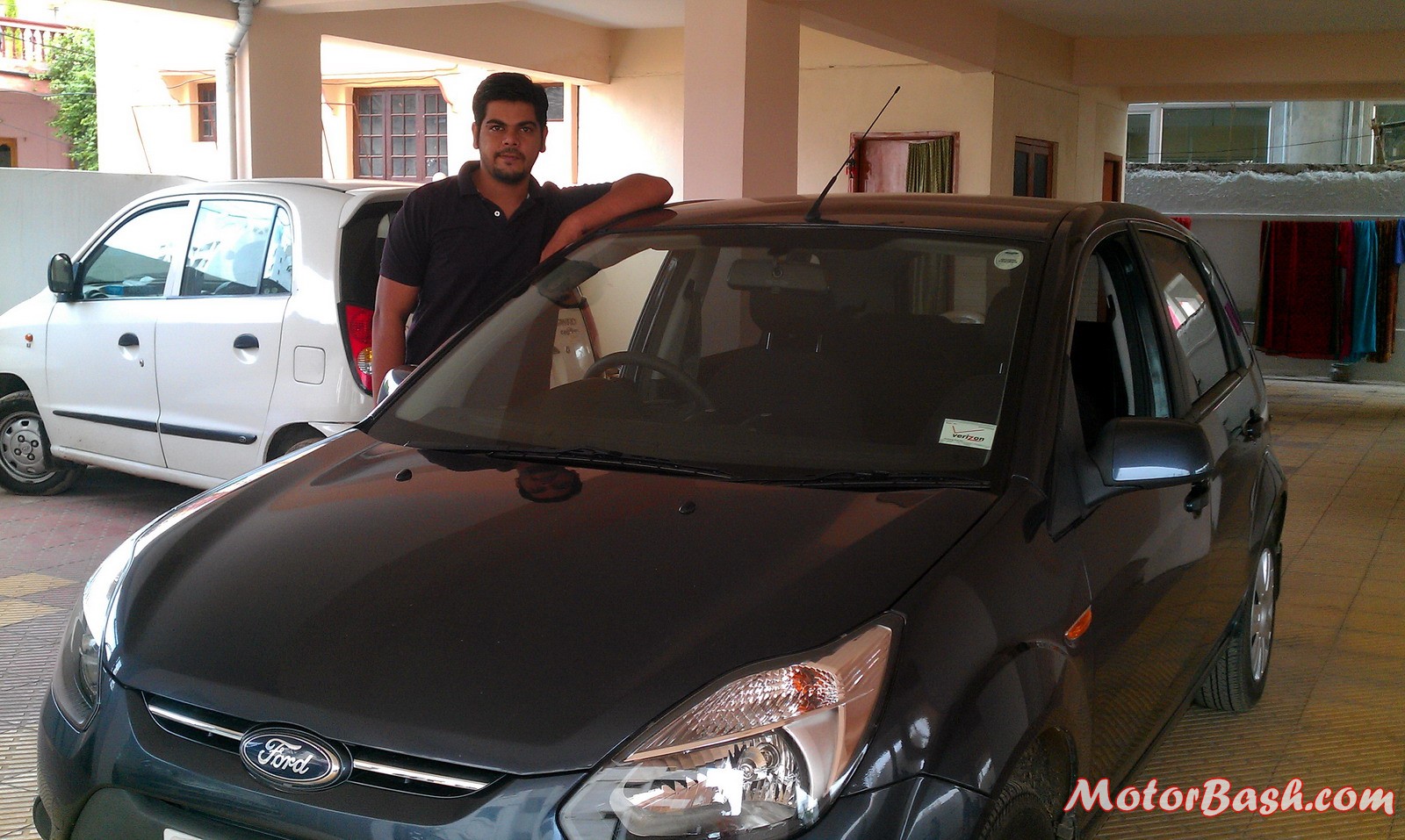 Owned a pre-worshipped Palio and used it for almost 3 years. What a car, amazing handling, spacious inside, a pretty big boot, and the wonderful 1.2L Petrol engine.

In the 3 years that I used it, apart from the regular 5K service intervals, did not have to spend a single rupee on it otherwise. A no nonsense zero maintenance vehicle!

Had to buy a new car. The palio was doing good but started showing its age as it was a 2001 model. The suspension, the battery, the AC etc had retorted to ‘no-work’ mode and finally I had to sell it off with a (very) heavy heart.

The biggest question for me when I went into the market was “Whether I should buy a petrol car or a diesel car?” Petrol was Rs 45/- in 2009 when I bought the Palio. An average of 10-12 kmpl would not bother my pocket. Soon, it rose to Rs 75/- and I was a little apprehensive of buying another petrol vehicle. A few people also predicted that it might make a century before Sachin :P.

Was not in favor of the CNG/LPG kits because of three primary reasons:

With my limited running of 500-700 KMs/Month, which was supposed to increase to a max of 1000KMs/Month, a Petrol would make a better choice. Especially the kind of discounts all the manufacturers were giving on them. 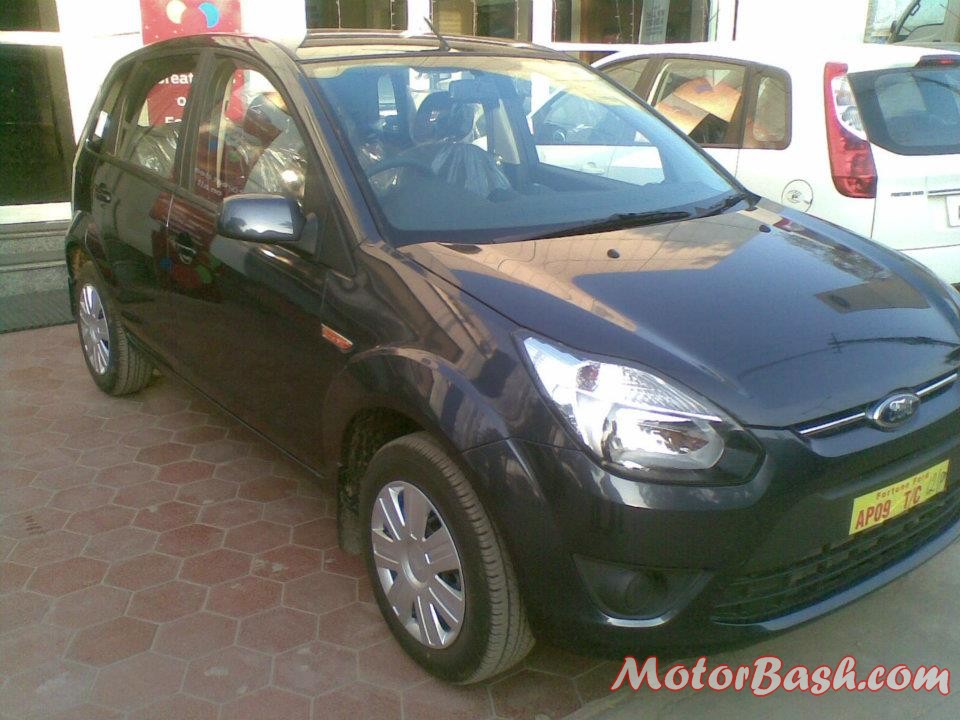 Sat down, did a whole lot of Math, and concluded that an average of 700 kms, with a minimum period of 5 yrs, I would be able to breakeven the cost (even if you include the extra interest paid on Diesel vehicle) between diesel and petrol. Also, the peace of mind that diesel brings was one of the deciding factors. An occasional outstation trip on Diesel v/s Petrol, the cost of a full tank on Diesel vs petrol etc pushed me more towards the diesel thing.

This had it all:

Loved it. Loved the unconventional looks too. Most of the people said: “What, Ritz ! It feels as if a truck has smashed it from behind.” Or “Oh !! that’s pretty ugly” But looks indeed are subjective and I liked this ‘different’ car from Maruti.

What held me from booking Ritz:

I was sold on Ritz after I took the TD but the above mentioned points kept on playing in my mind. It was the battle of heart (Ritz) vs mind (something more VFM) in which the latter won. 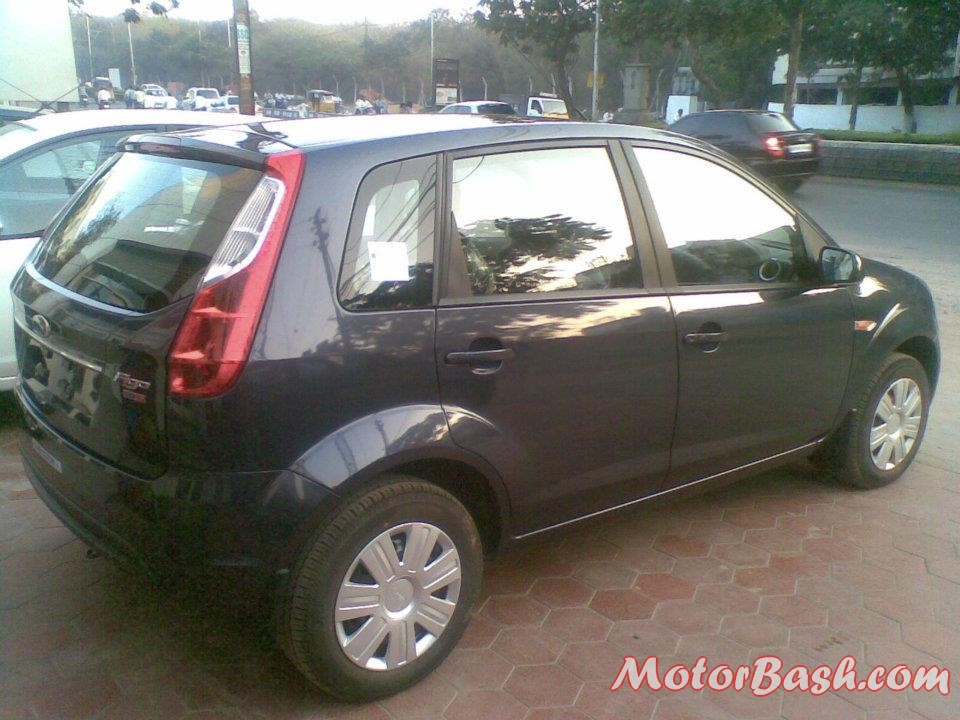 Loved: Everything, the engine, the performance, the space.

Hated: Cheap and flimsy interiors. Not made to last. And the TATA dealerships. They are not too keen on selling FIATs it seems. The A.S.S. was again a problem. Went to a TATA’s workshop when I had the Palio for a regular service, did not get a good response. Since then it was tata to TATA.

Loved the car. There is space, space and acres of space. The Beige up-market interiors. Sadly, it was out of budget.

4) Toyota Etios/Liva: Did not like anything, hated a lot of things though. Cost cutting and more cost cutting, reminded me of my workplace! Come on Toyota, had you not launched it, you would have been a more respected manufacturer in my books!

5) Swift and Polo: Swift was ruled out for the atrocious 6 month waiting period, and being a bit overpriced IMHO and Polo because it was Volkswagen and I was not very much interested.

6) Ford Figo: Never thought about this car. Just for the sake of it, called Ford, they arranged for a TD the very next day. +1 to them.

Drove the diesel titanium one. Was a little apprehensive once the dealer got the vehicle. Could hear the engine noise on the 3rd floor of the apartment I live in. Well, got inside, and was immensely impressed with the space it offers. It may not be that huge from inside, but the big glasses all around, a huge windshield etc play a major role in convincing one that it indeed is more spacious than Ritz.

Drove it for a couple of kilometers. The engine sound was quite less inside. Observed that its more when the engine is idling, not so much on the go, and not that bad when you are inside the car with windows rolled up.

Could not believe that I am driving a Diesel hatch. It behaved like any normal petrol one. No lag, not so much noise. Great handling, cornering, a super bone chilling AC and what not.  But I was a little disappointed with the fact that it is not a great on road performer like the Ritz/Swift/Punto. The 1.3 MJD indeed is a gem of an engine. and I wish Ford also took the same from FIAT, only for my car 😉

I was impressed with the Figo, called for a petrol version TD after a couple of days, and was shocked that the engine performance was as bad as i20. Was difficult to overtake others, could not even try spirited driving as it had no juice at all. So there goes the petrol, diesel it had to be. 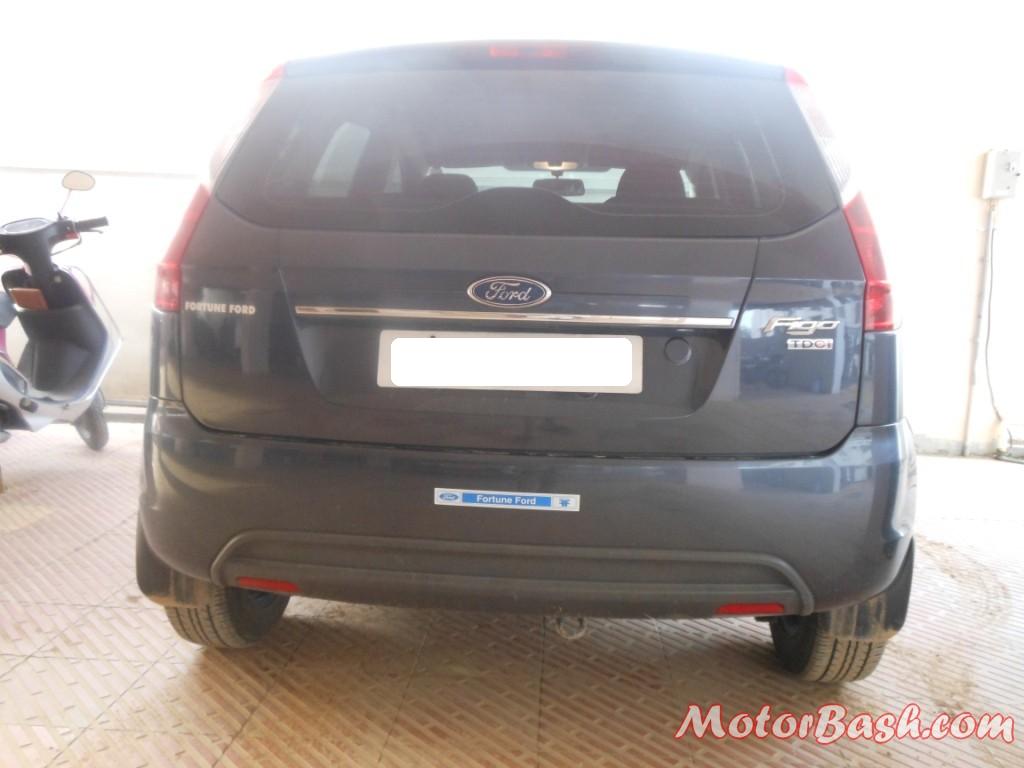 No one in the family has ever bought a Ford. It has been just Marutis, Hyundais for us till now. I did not like the Hyundai i20 CRDi at all. As it was overpriced, also my Dad owns the petrol variant back home. Got in touch with some friends who had laid their hands on Figo, and enquired about upkeep costs, after sales service, handling, major/common issues etc. Got a nod from most of them and decided that it is the CAR.

Well, we (me and my ‘new’ wifey) had a deal, I would choose the car, and the color would be of her choice. Thank god Figo doesn’t come in pink or mauve 😛

So, the color that was finalized was Sea grey, though I tried all tricks of the trade to change it to white but in vain. Side effects of marriage I guess, its you who have to settle down, No..?

Booked the Zxi variant. It came with the following features:

Note: The AC is indeed a boon. In hot Hyderabadi summers it takes hardly 5 mins to cool the cabin at a fan speed of 2. 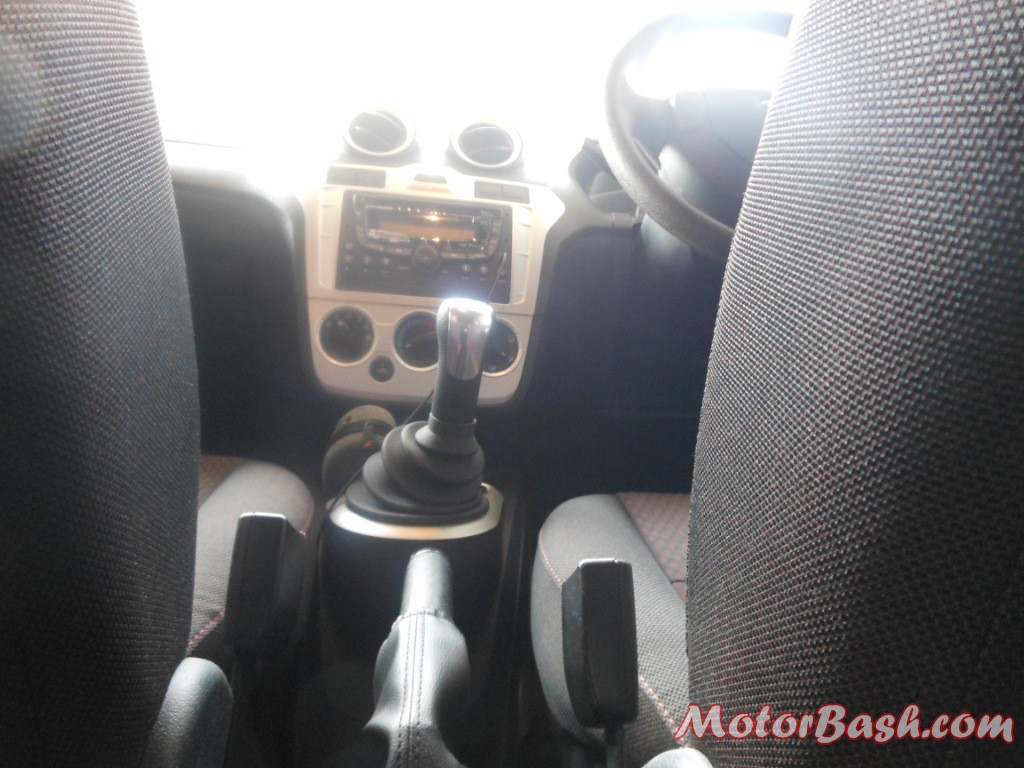 Booking the vehicle is always easy. The whole showroom is at your service. Apparently, the delivery was a breeze too here.

So booked the vehicle, a Sea grey Zxi by giving them a 10K booking amount. Was promised that I’ll get a delivery in 2 weeks. Went to SBI for a car loan, and it was processed in 2 days. Great work SBI!

No follow up from my side, and exactly 2 weeks later I get a call from Ford “Sir, your vehicle is ready, pls take delivery by tomorrow”

I told them not to register it till I do a PDI. Also asked if it has got Bridgestone rubber as requested, and the answer was negative. I had no choice but to go with noisy MRF’s.

Note: I am no tyre guru, but loved the Bridgestone performance in my Palio. They were good to use even after 60K KM’s on the ODO.

ZXi is the second variant in Figo family after top-of-the-line Titanium. The final price after all discounts, extended warranty etc was Rs 6,25,000. The difference between this and Titanium was another 40K approximately.

D-Day: Went to the showroom, did a PDI, and was satisfied. And the delivery process started. Temp registration, freebies, documentation etc.

Got the delivery in around 2 hours, with a box of chocolate, a tissue paper holder and lots of smiles from the sales team.

Went to the nearest pump and did a tankful, which I would have never even imagined to do if it was a petrol.

It gobbled up around 42 Litres. The DTE (Distance to empty) meter  started showing some 600+ kms. Was I happy? hell yeah ! A first tankful in Rs.1800 and its already showing an approximate mileage of 15 KMPL. good job diesel 🙂

Got the following freebies from the dealer:

No, its  not a car for an enthusiast. They need something like a 90 HP Punto, powered by a Pete’s box. I don’t, for my commuting purpose it is a gem of an engine. I do feel a bit underpowered on the highways, but those are very few occasional trips. It allowed me a max speed of 140 kmph (speedo) with 4 people on board with AC on Outer ring road. Well, I am pretty sure it wouldn’t have gone after that.

Nice, airy, spacious interiors , and a HUGE boot. Can be used to move your house as it gets all flat by removing the rear seat. Have used it to this max extent 3-4 times already.

No major issue faced with the car. Only there was some rattling at the rear left side column which was fixed by Ford during 1st service. The 1st free service was @2500 kms. No oils/filers etc were changed, they said it’ll be done in 2nd service @10K only.

A regular check up/top up of fluids etc meant that now I could rev away to glory. And that’s what I did exactly. Performed pretty good at higher RPM’s. 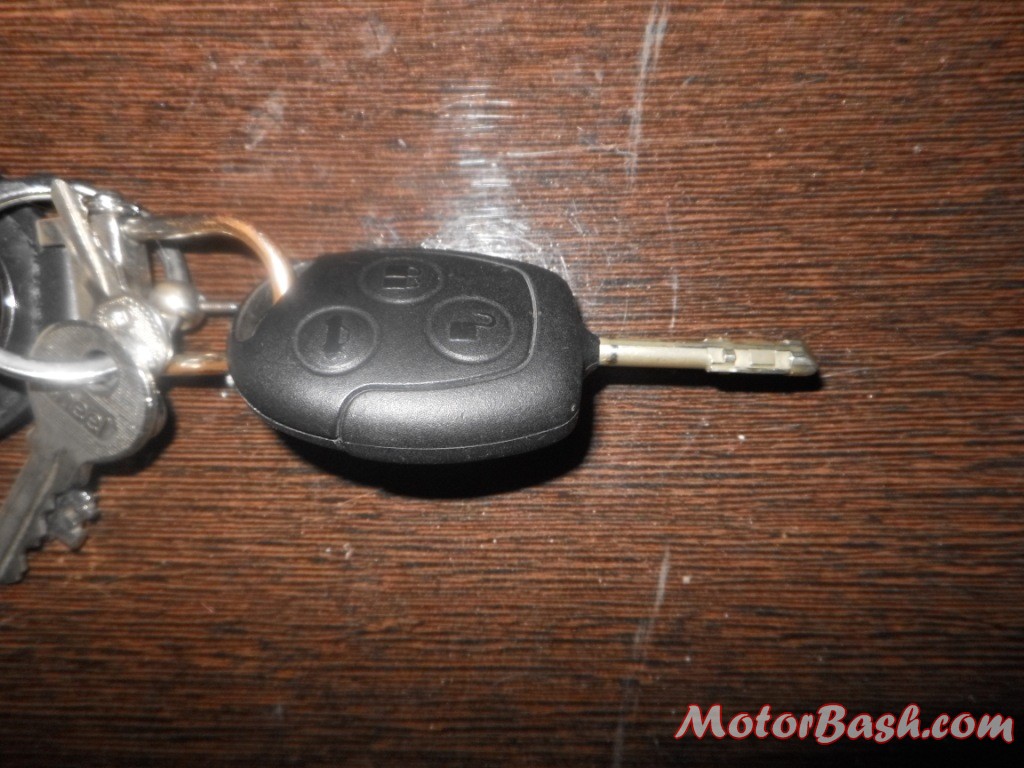 Would I recommend Figo?

I would definitely recommend people to buy Figo if someone comes across looking for an advice in this price range. It is one of the most value for money cars in the market today and has a good fuel efficient engine. It is a perfect car for all kind of city-roads with its lovely linear power delivery, there is no spike anywhere which means no tantrums.

Hope you liked the review and a lot of your queries would have been solved. Do share your feedback in the comments section below.