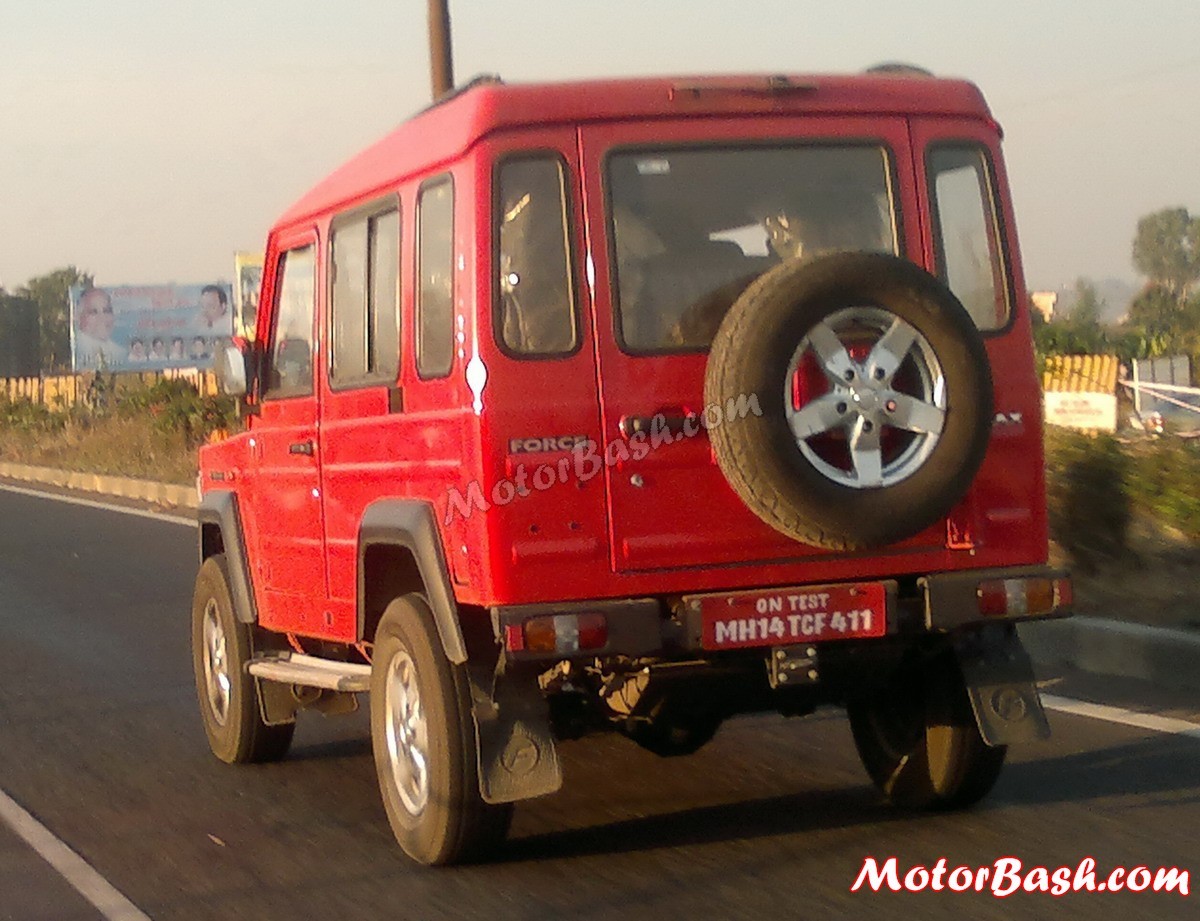 Its really heartening to see companies working on providing true off-roaders for all those enthusiasts who love driving more in the jungles than on the black tarmac.

After Mahindra Thar, the next thing in this space is going to be the the new 2013 Force Trax Gurkha which would make a comeback after almost 3 years of non-existence. If you have been following MotorBash, you would be knowing that we revealed the first ever clear spyshots of the rugged SUV couple of months back.

Since then, we have been following each and every development which leads us to any info on this car. We also revealed the interior shots of Gurkha a few days back. Meanwhile, Force continues testing the Gurkha in and around Pune with we meeting this red test mule for the ‘nth’ time.

This ‘On Test’ Trax Gurkha was being driven by a Force Motors employee and was heading towards the company’s plant. You can read all the information regarding the new 2013 in our earlier spyshot articles:

There is a talk going on amongst the aficionados regarding the engine of new Force Trax Gurkha whether it would be the latest BS4 2.2L FMTECH from Force One or a BS3. We would reveal the truth with proof about the actuality on Monday.

Till then, you can watch this quick video of Gurkha:

The question however is, would you prefer this new Gurkha over Mahindra Thar?