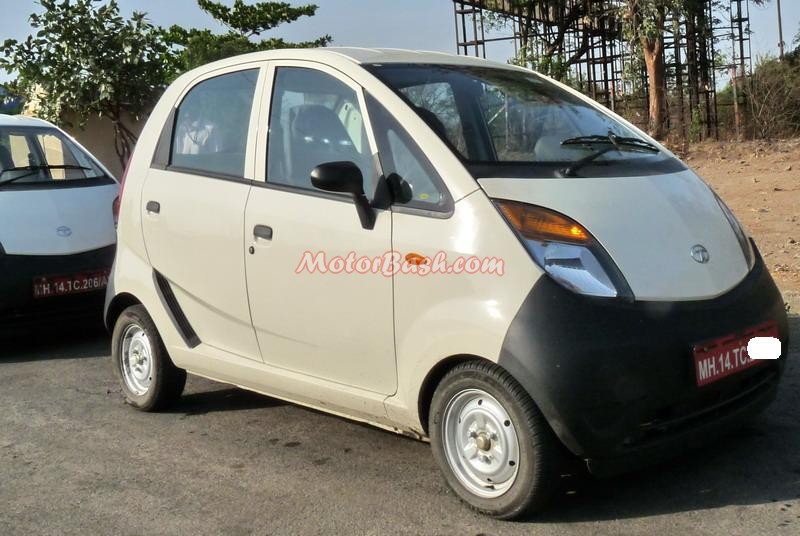 It was the sensation of the Delhi Auto Show when it was launched some years back. Auto Expos are that time of the year when car makers launch their flagship products and display their armory.

When the world’s cheapest car was launched, it stirred up quite a storm around the world and Ratan Tata stated that he could not sleep the night before the launch.

The fanfare around the car died down soon after when it was surrounded with controversies of the plant moving out of West Bengal and it’s launch got delayed. But still it managed 3,20,000 bookings when its was finally put up on sale and the first one lakh cars were given through a lucky draw.

With time, technical issues started cropping up and the Nano was on fire (yes literally and many a times!). Tata has tried every bit to push Nano‘s sales, however, it just doesn’t seem to be doing any good. Tata is barely using even half of Nano’s production capacity. A car which was touted to be a big congestion creator on roads is limited to 5000 odd units per month with sales touching a new low of 3503 during last November.

What went wrong with the car?

In reply to what went wrong with the car, he stated that there were several reasons with insufficient dealer network and a dud advertising campaign coupled with the plant moving out of Singur in West Bengal being the major ones. Nano was set out with the target of becoming the bestseller, surpassing the Alto but with it has barely managed to even touch that 10,000 monthly sales figure.

It was launched at an ex-factory price of Rs.1 lakh and now the ex-showroom figures stand at Rs 1.55-2.16 lakh.  “With focused Initiatives to increase reach and penetration, by appointing Nano exclusive dealers, the company is targeting rural customers to drive growth” is what Ratan Tata had to say on Nano’s future plans.

The rumor mill suggests that the Nano diesel in the works would be priced under 2 lakhs, and that might just be the time when people flood the Tata showrooms to buy the Nano and it may become the bestseller it was set out to be.