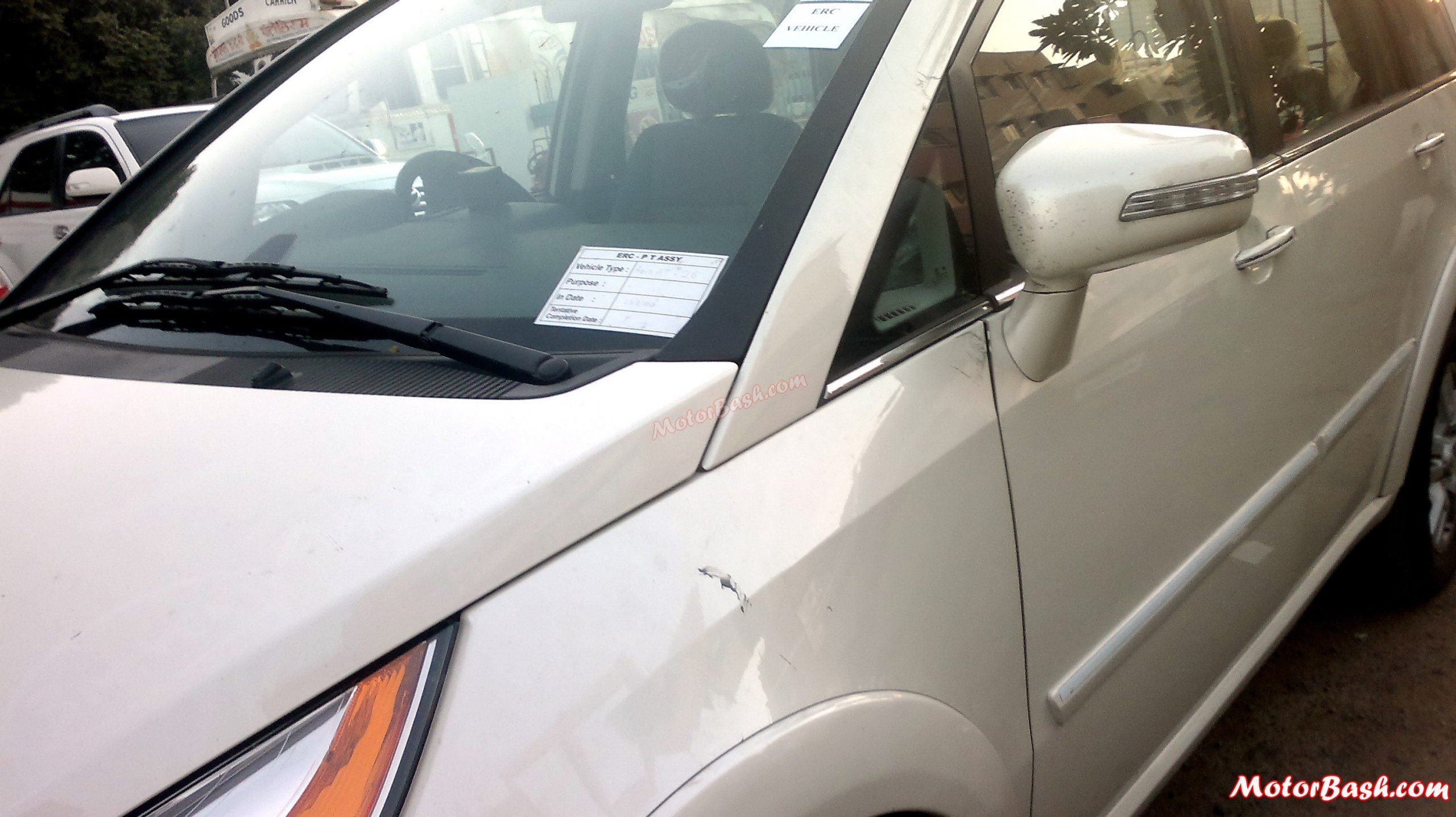 If you are glued to MotorBash, rest assured you were the first one in the country to know about the Aria facelift which we busted through a set of spyshots in February this year (Check them here).

A few days later, everyone came to know about it when Tata officially unveiled the crossover’s new identity at the Geneva Auto Show. Apart from the various cosmetic changes, the major mechanical change was the introduction of a new 6-speed Automatic Transmission on the crossover which will be mated to the high-powered 155PS/400NM version of the same 2.2L diesel motor. 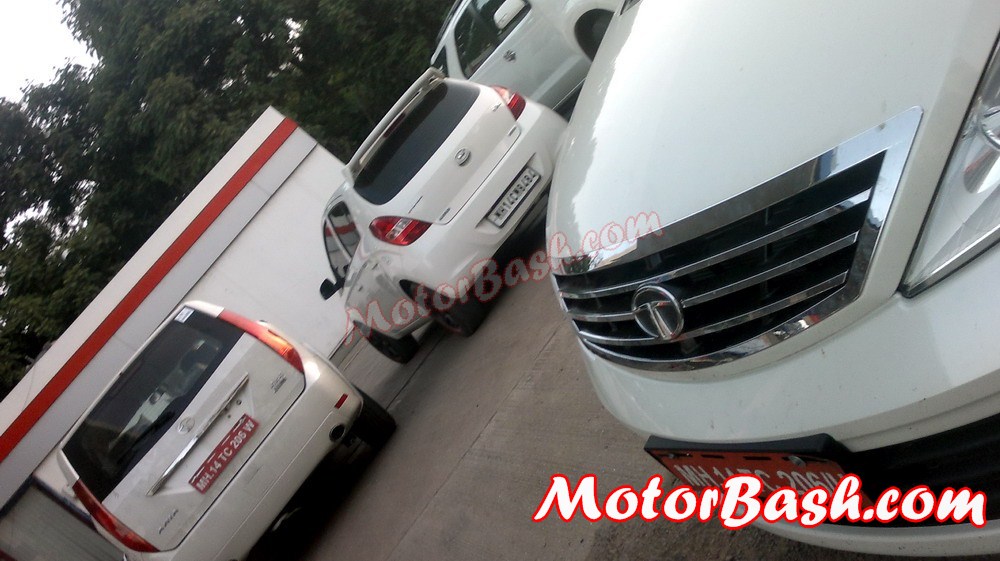 Since then everyone knew that Tata is preparing the 6-speed automatic gearbox on the Aria, however there was no conclusive evidence of the same. And that is when our spies swing into action and bring to us these exclusive spyshots of the Tata Aria with the new automatic transmission.

So Where is The Evidence that This is an AT Aria? 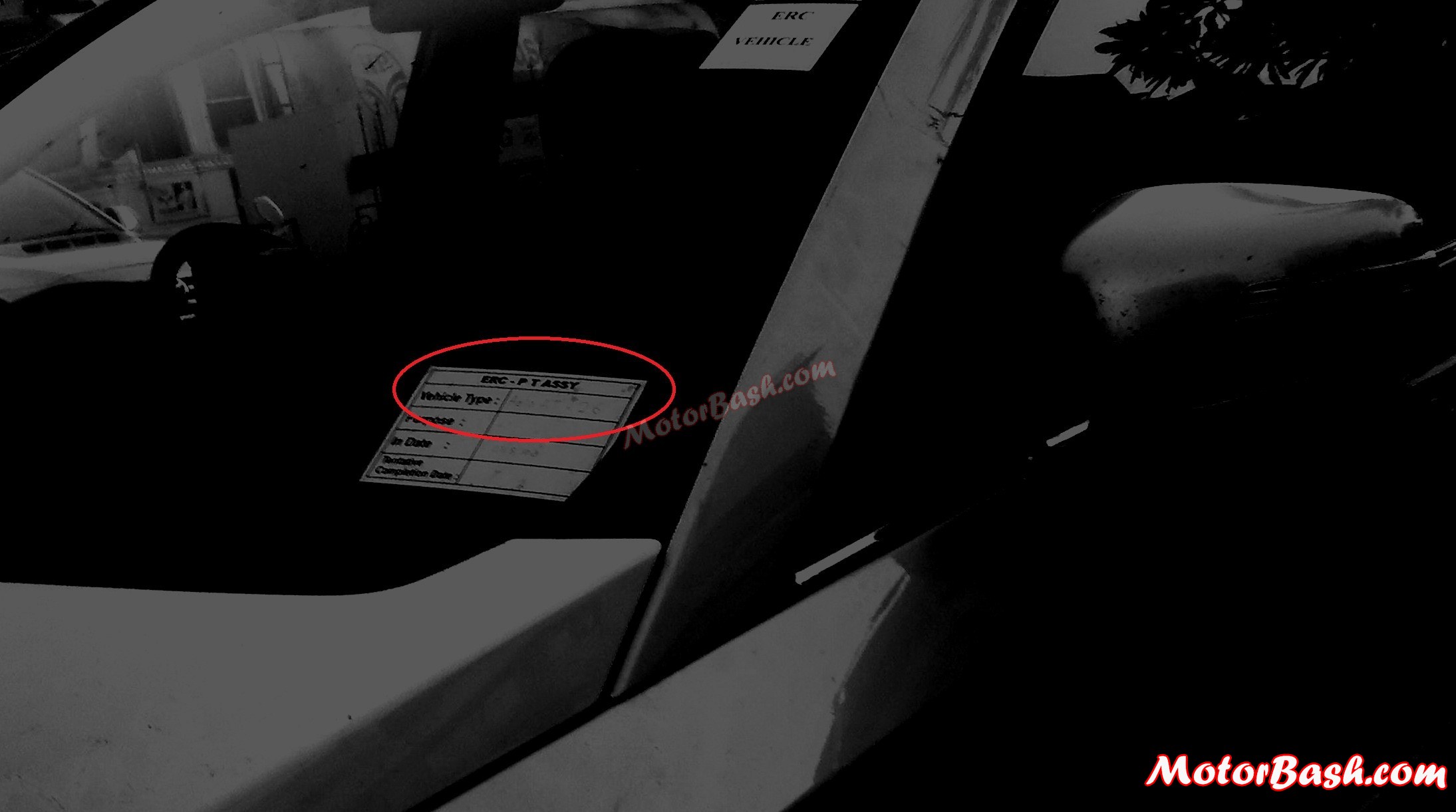 We could not snap the interior shift rod of the car, however, this sticker on the front windshield is the proof that this, indeed, is the Automatic Aria mule. Since, these spyshots were captured by a humble mobile camera, the writing on the sticker might not be visible, hence, we have edited the pic a little to clear out the wordings. It reads

Attached below is the original snap of the same edited pic which you saw above.  You can open both of these to check them in full size. 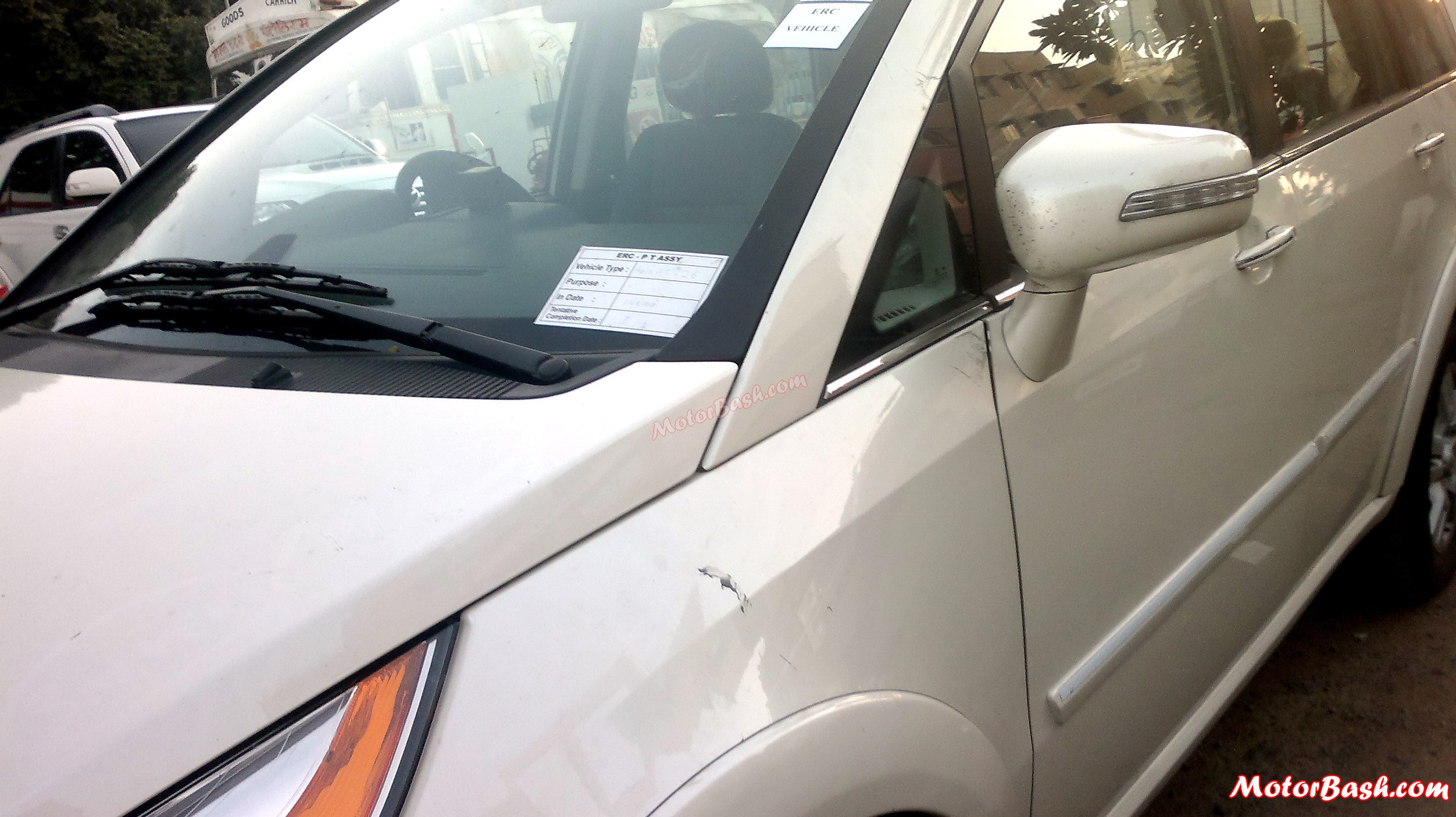 There were two mules of Aria which were parked at the same fuel station where we caught the Tata Sumo Grande facelift. While we are not sure about the other one, this for sure was the upcoming automatic transmission Aria. Also notice the data-logging test equipment placed on the dashboard.

Now, that the first ever spyshots of the crossover are out, we really believe Tata should be hurrying up a bit in launching this car in the market – international as well as the Indian!

People have just discarded Aria and only a real makeover and sensible re-positioning will help the crossover to make a mark in the intensely competitive segment. Keep tuned to MotorBash as we are on the prowl, as always!

Do You Know: You can earn quick cash by sharing spyshots like this with us? Know More

1 thought on “Xclusive: Tata Aria Automatic (AT) Spied For The First Time Ever!”