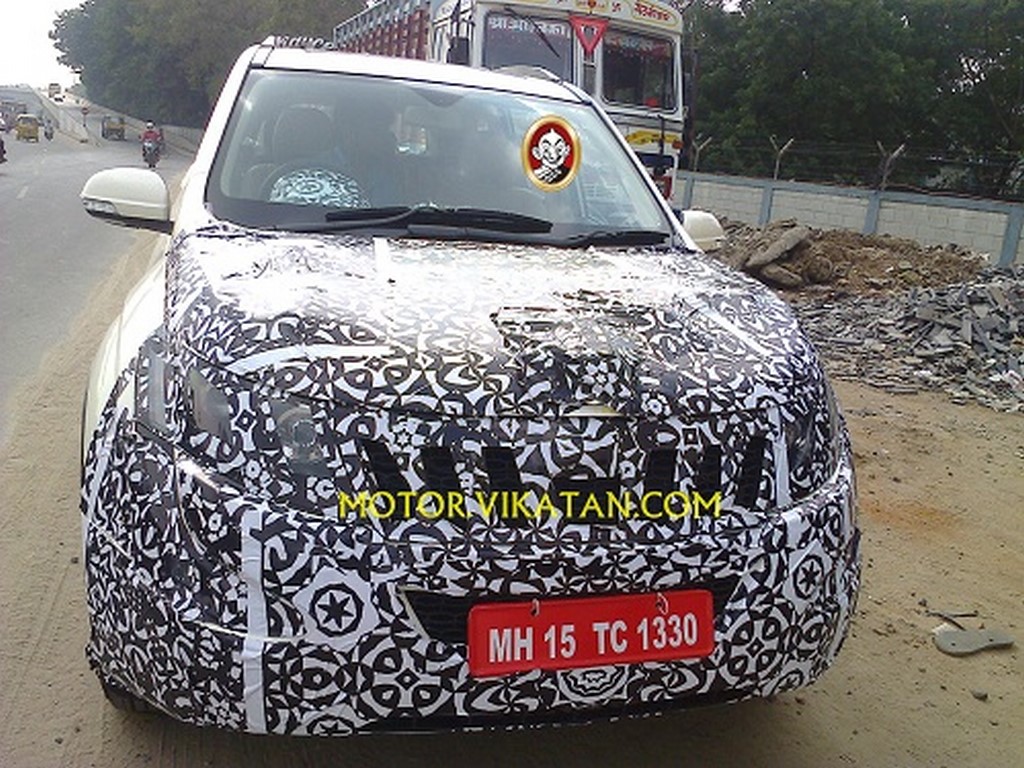 Its known that Mahindra is working on an update for the XUV500, one of their most successful product so far. Fresh new spy shots have emerged which, for the first time show, a thoroughly camouflaged front. 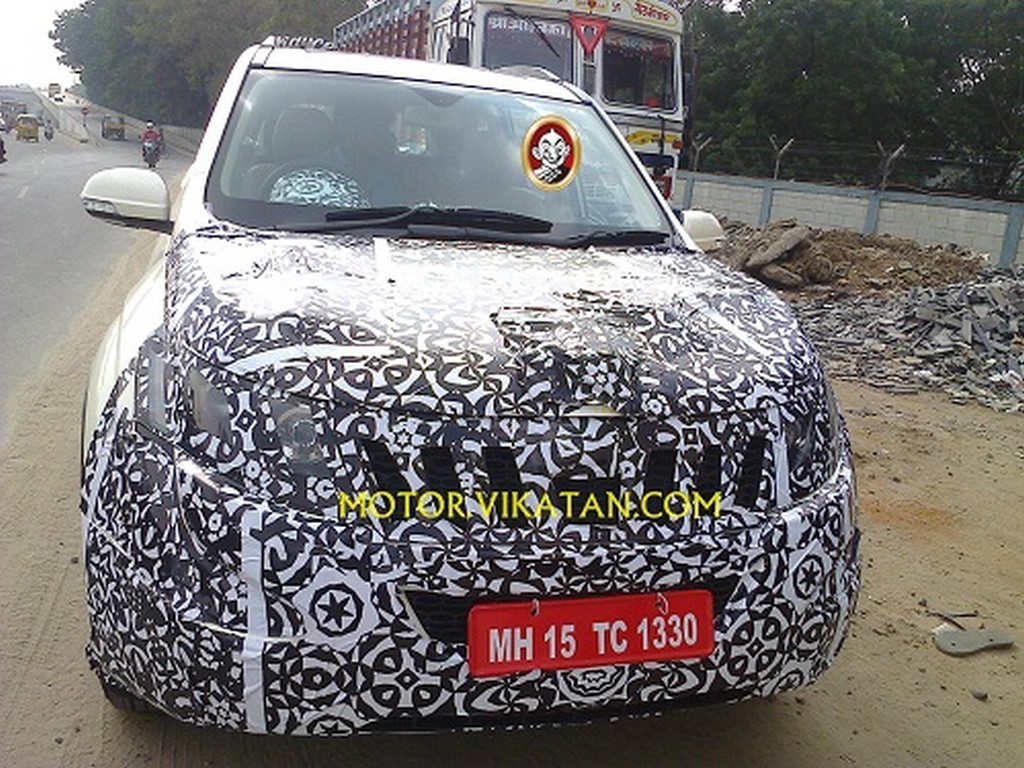 The front nose, as seen in these pictures from MotorVikatan.com, show a camouflaged face with the following changes:

Apart from that, this XUV500 facelift mule is also running around with camouflaged alloy wheels and rear hatch which hints at the possibility of these two areas also getting minor redesigns. 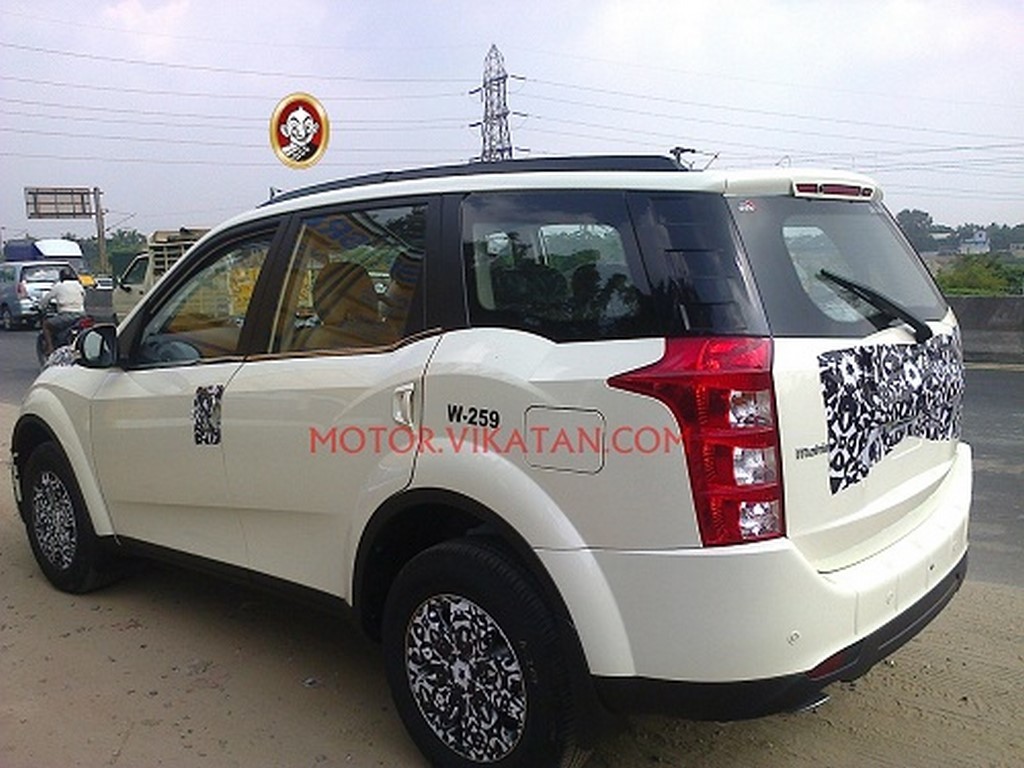 Apart from the minor cosmetic enhancements, the XUV 500 mid-life facelift will be getting some important mechanical changes as well. The 2.2L mHawk engine produces 140 bhp of power at 3,750 rpm and 330 Nm of peak torque in the range of 1,600 to 2,800 rpm and is mated with a 6 speed manual transmission currently.

There are rumours that the company will launch a hybrid variant as well, on the lines of the concept model they showcased during the Auto Expo in February last year. 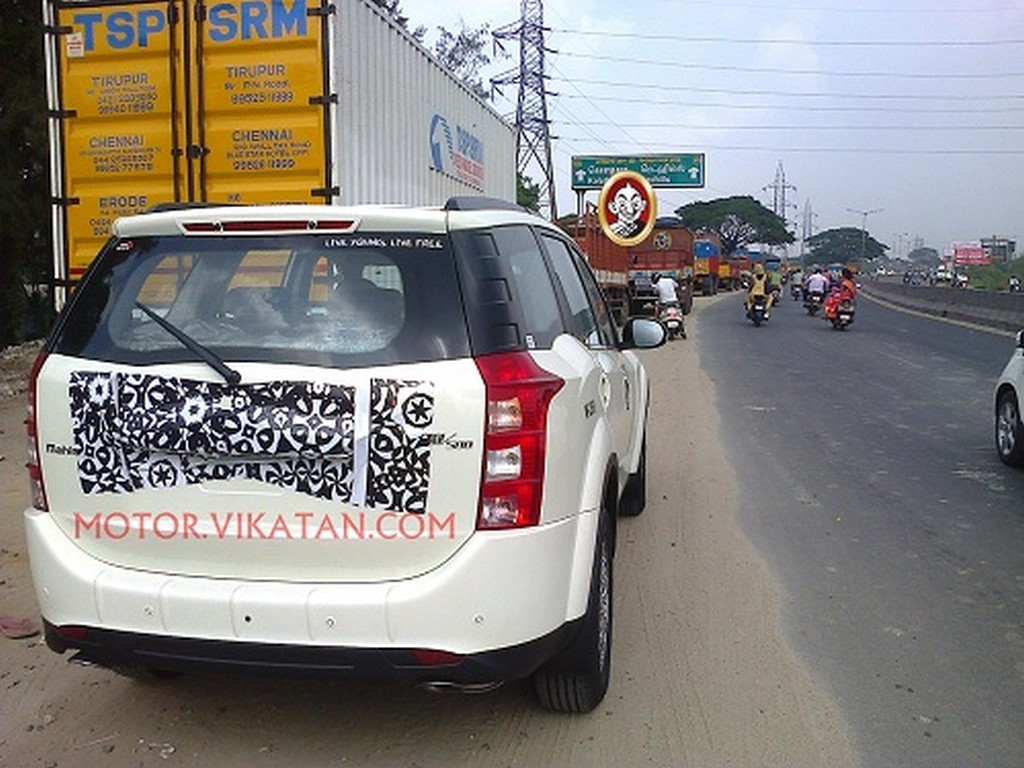 The features list may also get enhanced with minor increments to its price. Mahindra is expected to launch the new XUV500 facelift towards the second half of this year.