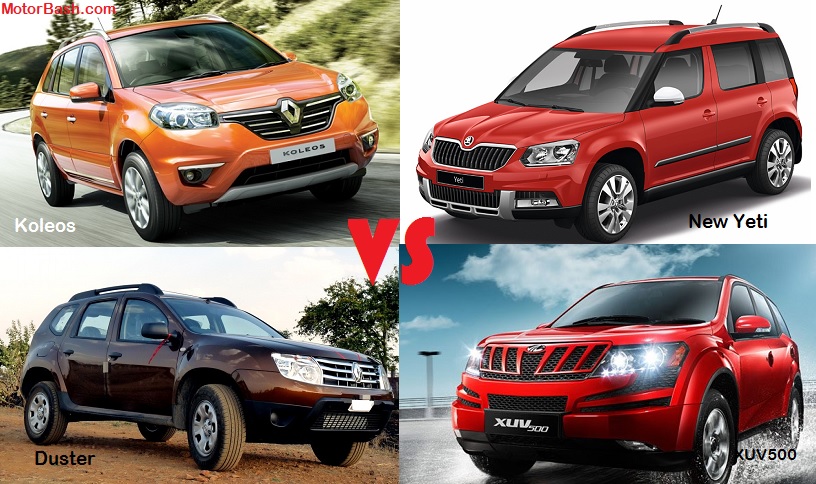 The Skoda Yeti is a very interesting product from the Czech Republic based auto major. As a product, it has always been applauded for what it offers, however, Indians have not really been able to digest its high price point.

A 5 seater SUV, which as such does not have any direct competition from the anything in India. The Yeti facelift, which was first showcased at the Auto Expo, aims to bring the compact SUV in tandem with the new Skoda’s design philosophy.

Here is a quick comparison between the new Yeti, Renault Duster, Renault Koleos and Mahindra XUV500, all of which are smaller or larger than the Yeti!

New Yeti vs Duster vs Koleos vs XUV500:

So, as you see, Yeti is the smallest SUV here, shorter than Duster. It is also the narrowest as well as the shortest! In terms of engines, the new Duster produces similar amount of torque and power from a smaller engine. In terms of wheelbase also, Yeti is outdone by all the SUVs listed here. It also receives one cog less (the 4WD gets a 6-speed transmission). 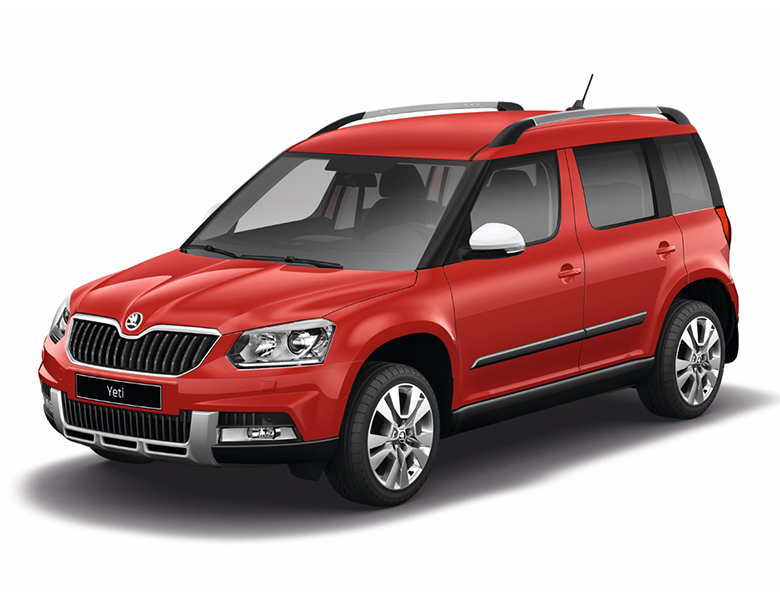 Despite all the deficits, Yeti is sold at a price which is way over anything which you can comprehend. However, it is a gem of a car and once inside you just love what you drive. Skoda could have offered the new Yeti at slightly lesser prices of around 15 odd lakhs to make sense out of the new launch, but still, if you want a premium compact SUV with good drive quality, fairly good power, loads of safety and a lot more, Yeti makes sense!