So..you were waiting eagerly with all your fingers crossed for Renault Duster but as soon as its prices were revealed, all your hopes of owning a compact SUV got shattered and there they go weeping out of the doors!

Don’t you worry we say! In a MotorBash exclusive scoop we bring to you the new Premier Rio with Fiat sourced 1.3 MultiJet diesel spied inside out. That is not all, we also reveal its possible launch date in India as well. Don’t deposit that cash back in your bank account and read on.

Ever since Premier announced that the new Rio would come loaded with Fiat’s 1.3L MultiJet diesel engine, I was searching for a proper test mule which could confirm that. I did notice an increasing number of Rio’s with red number plates roaming around here in Pune but was always left puzzled about the actuality. It was yesterday’s pink evening where I succeeded in cracking the nut! Spotted these two Rio’s (in the pics) with around 4-5 men armored in ‘Premier’ badged shirts parked at a rather secluded place in Pune.

Roamed around the cars for a while, spotted that ‘1.5’ badge again, could not stop myself and went ahead to shoot my questions to the officials. Saw all that gadgetry and equipments strapped on in the car. After a couple of questions they admitted that this in fact is the Fiat sourced diesel engine that they are testing.

My next question was obviously, “They why that 1.5 badge at the back?”. For this they said, it is on the body of existing version we are testing the new engine. Sounds convincing? I knew, even I was not convinced! I chatted for a while, they were all friendly. Would talk about that later but just want to push back the climax scene upfront so that you go convinced about the 1.3 multijet part. 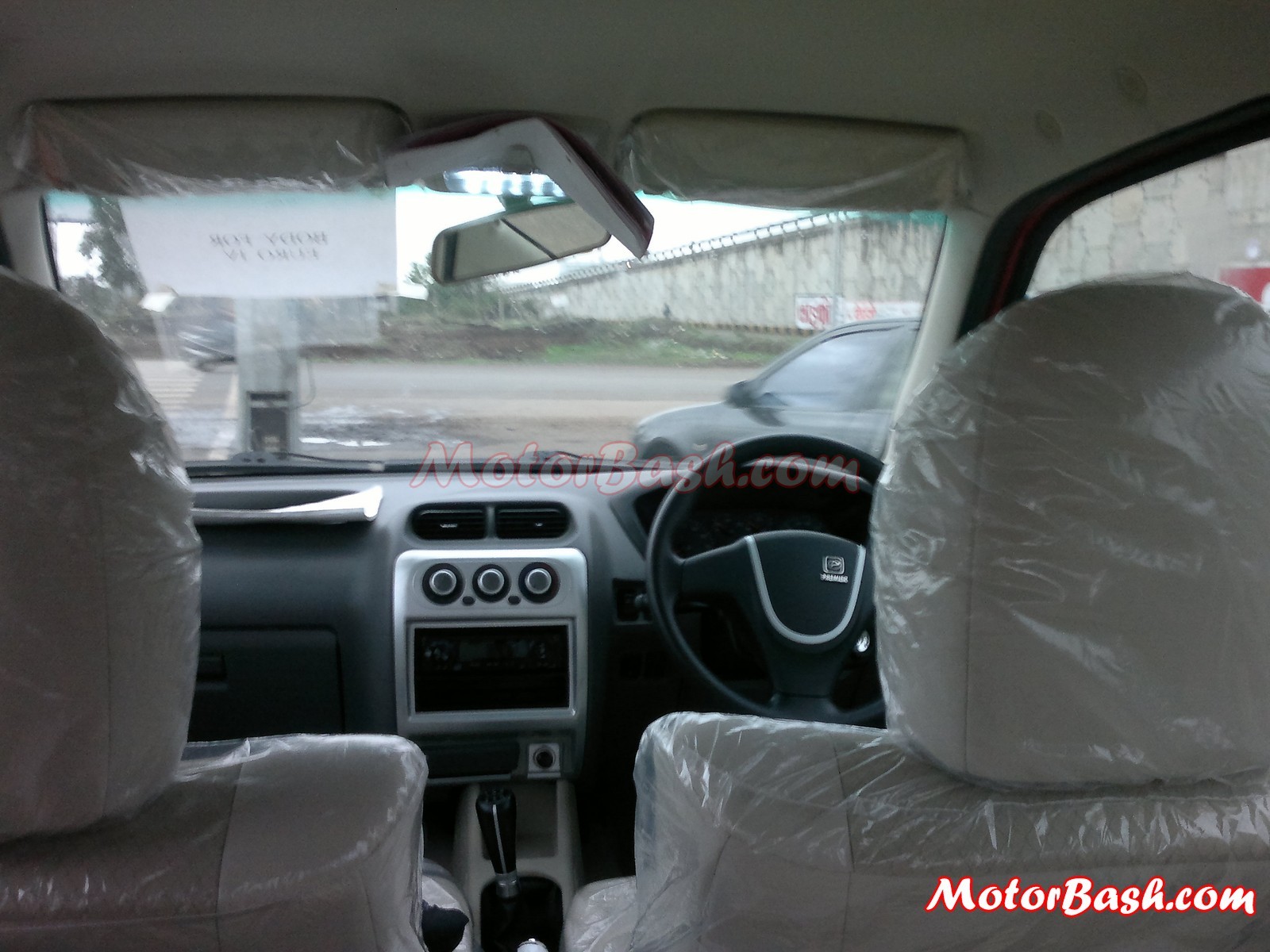 At this point something stuck my mind. I have been an owner of Ritz DDIS MultiJet for a big while now and very much familiar with how does it sound. I waited for a while till these guys started to go. Stood very close to the cars and a little crank up of engines made me sure that it was ‘that’ typical MultiJet clatter!

Also, Premier doesn’t have any other thing in pipeline. It doesn’t make sense to ‘endurance’ test so many different older 1.5L diesel mules at the same time!

And the final point that makes it pretty convincing is the ‘Body for BSIV’ text at the front windshield. 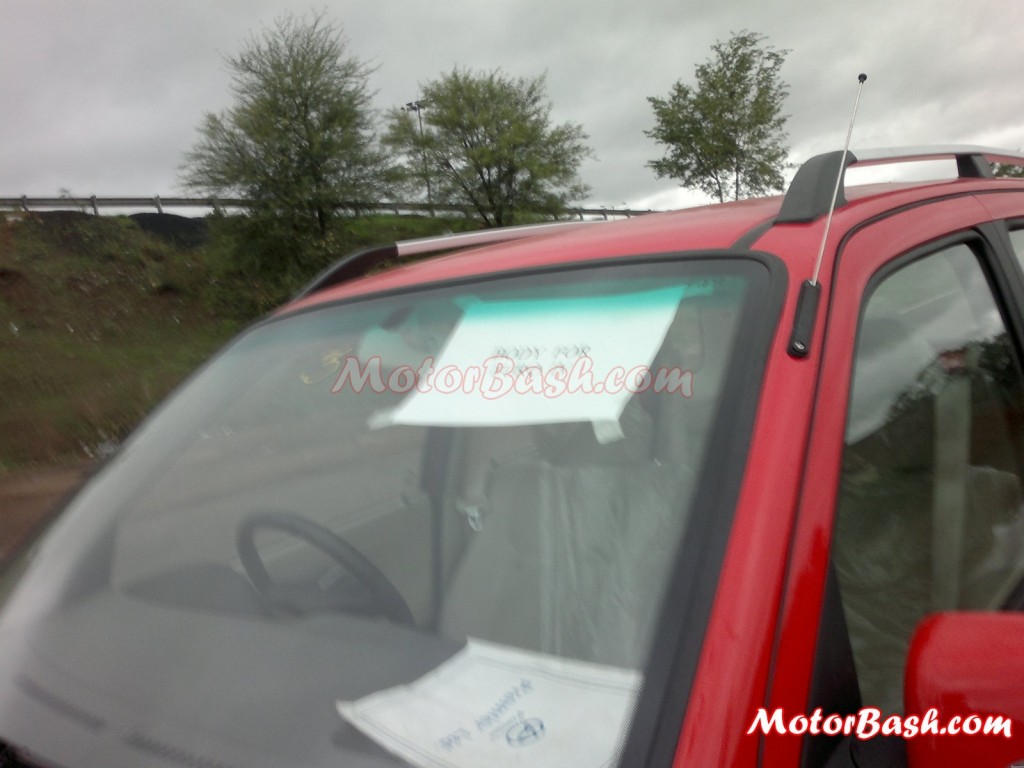 Coming to the car, here is what my instant reaction is.

The SUV looks absolutely similar to the existing new 2012 look Premier Rio. Apart from a few niptucks, there would not be any major changes to the looks of the car. The interior theme is beige and it definitely makes some really bright atmosphere inside. Bucket seats, with all those testing equipment strapped on the car made the front of my view. There is a bit of garnishing done around the dashboard and steering wheel. We were also informed the following:

So, the officials have been told to get ready for mid-July launch of Rio 1.3 and that does bring a smile to our faces. I can imagine how potent and (hopefully) affordable Rio would become.

Rio was India’s first compact SUV which is powered by a 1173cc 76.6PS, 103.9Nm petrol engine and 1489cc 64.8PS, 152Nm diesel engine. This new 1.3L Fiat sourced MultiJet engine, which we all know immensely well, would be a real boon for the mini SUV and would allow Premier to sell its SUV in Euro 4 compliant cities as well. And it is expected that this engine would be the higher tuned ~90PS/200Nm form which would make it on the Rio.

With the advantage of its small size (it is 3970mm long), it is well within the ‘Small’ car category and would enjoy lesser excise duties. Rio can seat 5 comfortably and has a ground clearance of 200mm. The biggest advantage here is the fact that despite its compact size, it possesses a 454Ltrs rear trunk which is expandable upto 1158 ltrs by folding the seats down. With wide 15 inch tyres it does make that SUV stance, albeit in a softer tone.

So, start saving for Rio 1.3L Multi-Jet, its coming soon!