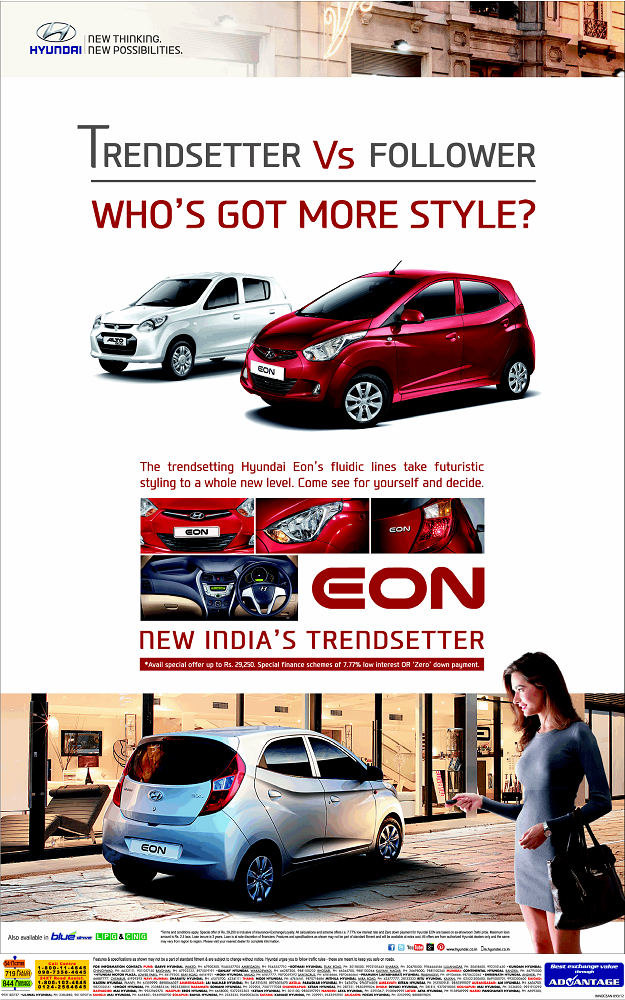 Accept it or not, Maruti’s Alto 800 is a result of heated competition which also includes a more modern looking Hyundai Eon.

And, with the launch of Alto 800, it seems Hyundai has gone intensely aggressive and has launched a direct attack on the latest offering from Maruti. For at least the last couple of days, Hyundai has been carrying out full page advertisements in Times of India. Its not that this comparative marketing has not been done before, but it is generally done by carrying the name of the car.

With its recent two ads, Hyundai is taking Alto 800’s pictures and signifying how better their Eon is, in comparison. They are portraying Eon as the Trendsetter and Alto 800 as the follower. You can see both the ads attached with this article. In terms of specs, there is no doubt that Eon scores over Alto 800. However, in terms of sales figures, Eon is still no match to the mighty mass seller Alto 800. 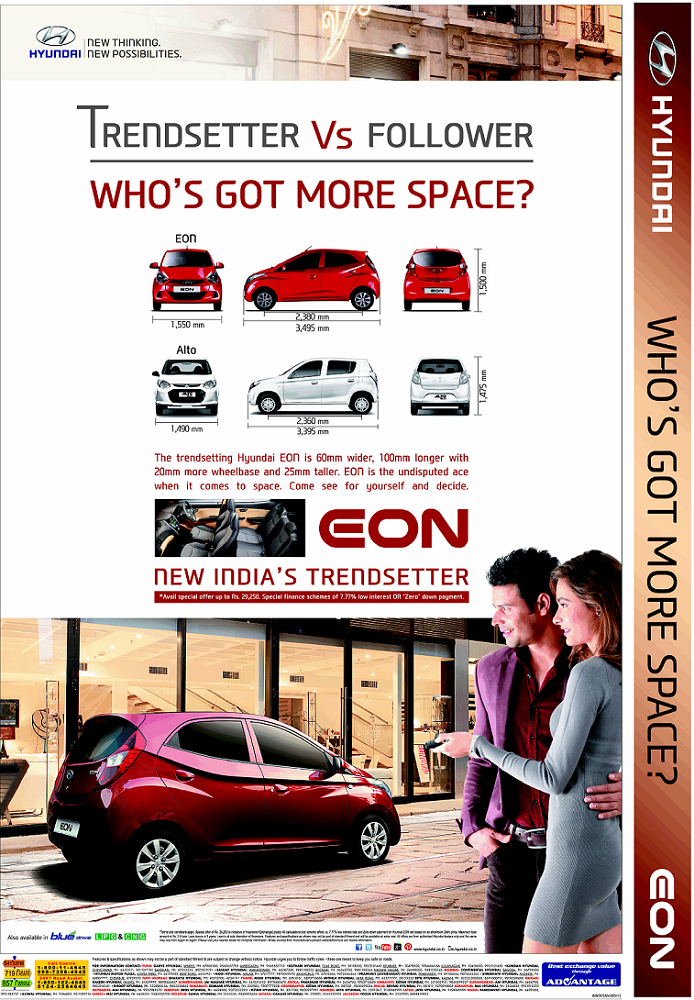 With its launch, sales of Alto (Alto + Alto 800) have reached over 26,000 units for the last month of October. For the same period sales for Hyundai Eon were almost 1/4th at approximately 7800 units.

Would these direct attacks on rival manufacturers create a difference in the minds of end consumers? Sales figures for the coming months would reveal the true fact.

Also Read: Would Hyundai Santro Get ‘Fluidic’ or be Axed? Sales Comparison with Eon