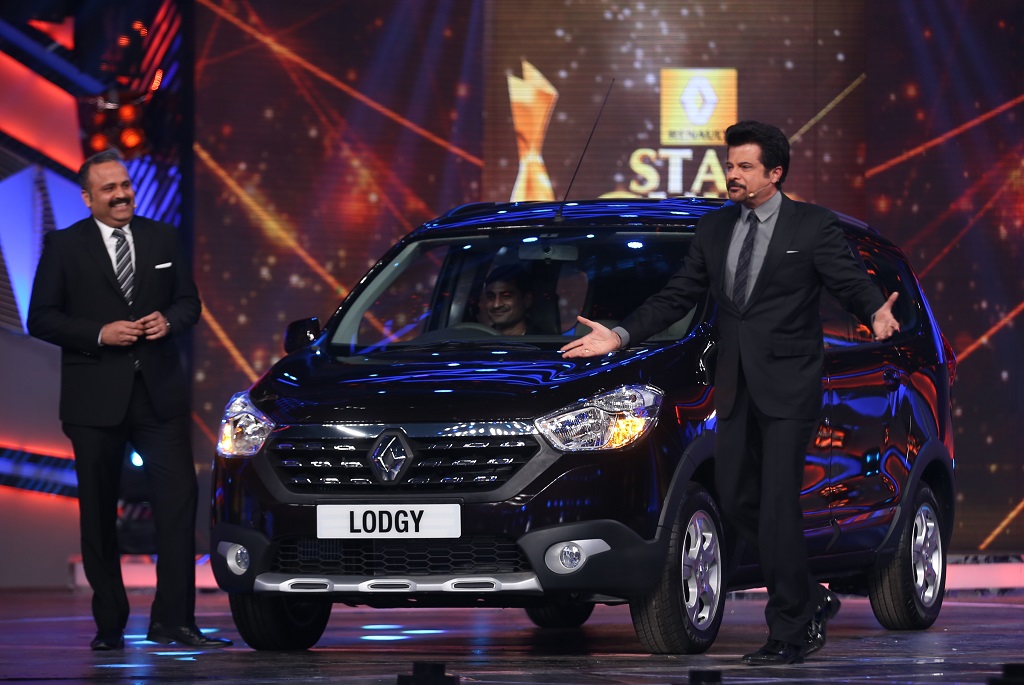 As we draw closer to the launch of Renault’s next all-new product for India, Lodgy MPV, the company has kickstarted its promotional campaigns. The car has been unveiled at the Bollywood Star Guild Awards 2015.

Present at the occasion were film celebrities like actor Anil Kapoor, Hrithik Roshan among others and Renault’s Country CEO & MD, Sumit Sawhney. Lodgy was unveiled by Anil Kapoor and Sumit Sawhney.

Renault also ‘announced‘ Hrithik Roshan as the first owner of Lodgy in India, however, we are not sure if he has been handed over the car yet. The company boasted off its past by claiming that they were the inventors of the Multi-Purpose Vehicles with Renault Espace which was launched in Europe many decades ago. 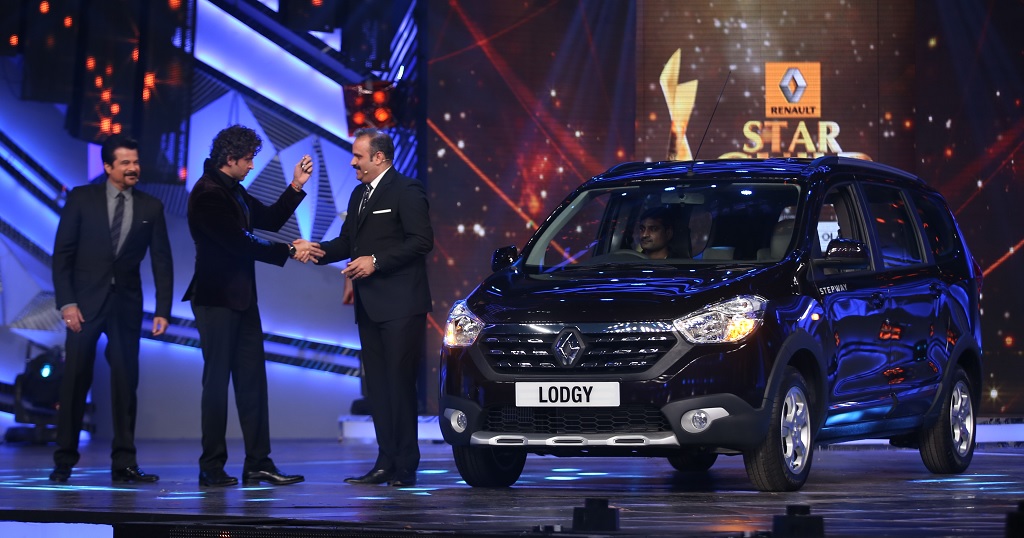 This confirms that Lodgy is just around the corner and it is just a matter of time before Renault sends us the official invitation mailer for its launch.