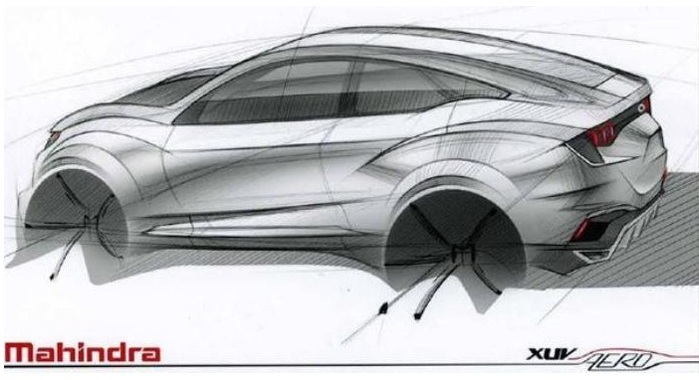 XUV Aero Concept: The X6 of Mahindra. Will be put on display at the Auto Expo

The Indian conglomerate Mahindra has been working day in and day out to remain competent in the ever-increasing quest for market dominance by its rivals.  To work around the Supreme Court ban on diesel vehicles over 2.0 liters, they surprised everybody by launching the 1.99 litre version of their mHawk engine which propels its XUV500 and Scopio, in a record turnaround time (from the ruling).

With the Auto Expo just round the corner, the SUV maker is ready to again woo the public with their sporty concepts. One such prototype is going to be the XUV Aero. A sketch of the same has been shared by the folks at Autocar Professional revealing its sloping roofline with coupe like characteristics – we like!

The strong wheel arches and large wheels breathe of a high protein diet. The tail lamps are setup horizontally and get sharp lines to add to the sportiness quotient. The report further adds that the manufacture will use this prototype to showcase its new infotainment and connectivity features which might trickle down to future Mahindra products.

Talking about future products, we would not be surprised if Mahindra at some point of time launches a coupe styled SUV, a segment which currently has luxury products like the BMW X6. This design sketch comes barely after a few weeks after they acquired the Italian giants Pininfarina, a name which needs no introduction.

What say guys, love it or hate it?