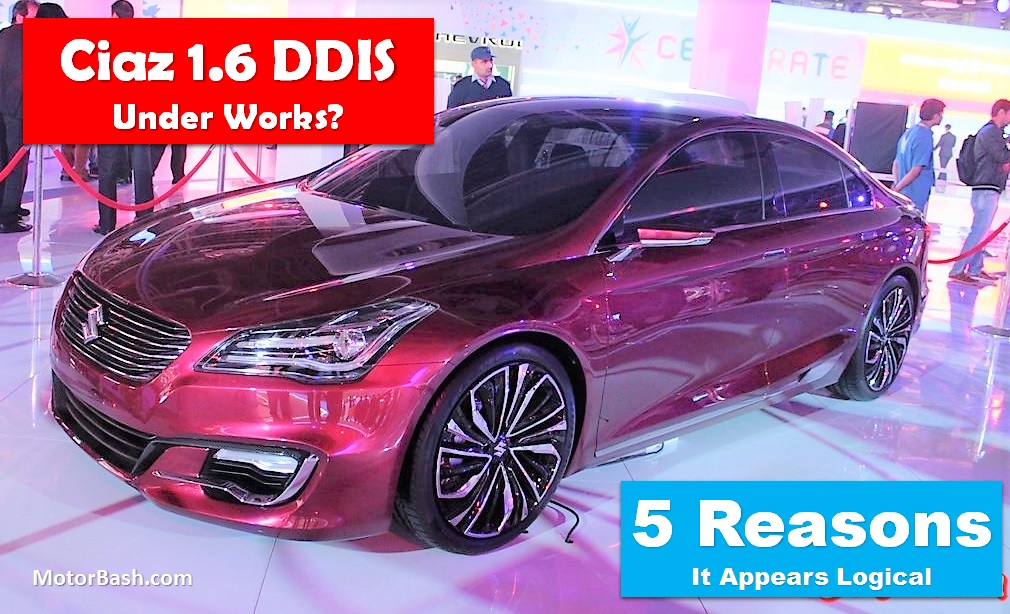 Ciaz 1.6 DDIS is the new rumour that has erupted in the online space. I also find it sensible. Let us talk about it…

Maruti Suzuki registered phenomenal sales of 1.35 Lakh units last month as compared to 1.20 Lakhs in the corresponding month last year. Now, factor in the Demonetisation drive and competitors like Hyundai which suffered degrowth, you will understand why this is ‘worth praising’!

Maruti is becoming invincible at the pace at which they are growing despite the massive base, however, there are certain gaps which can be plugged. Despite not being the manufacturer, they were the first to offer India the 1.6 Liter Multijet diesel engine on the S-Cross. However, S-Cross 1.6 DDIS has not been a sales success by any standards. So what can you do next – plonk the motor on a successful car? Ciaz?

Just to give you a sense of the added horses the new 1.6 DDIS can bring to Ciaz, on the S-Cross this four cylinder engine churns out 120 PS of peak power and 320 Nm of maximum torque. In sheer numbers, this is 30 PS and massive 120 Nm more than Ciaz with the 1.3 Liter DDIS.

Maruti will have to weigh the investment it would require for the necessary changes versus the volumes the bigger engine can generate. So, let us see if this rumour has some kind of an end and if the Ciaz 1.6 DDIS does get launched in India…