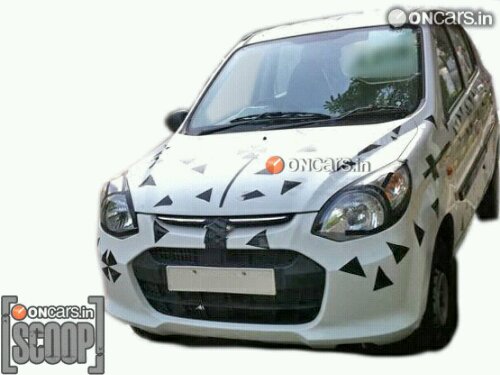 Its called the inevitable had to happen. And it happened! Country’s largest car manufacturer Maruti’s largest selling car in India, Alto has crossed cumulative sales of 20 lakh units since its launch in 2000.

First it overtook Maruti 800 for the bestselling car in monthly sales and it only took 11 years and 9 months for it to clock this magical figure. This averages to approximately 14,200 Alto’s per month. Currently, Alto clocks somewhere around 20-30k units per month.

The first 10 lakh units were recorded in 8 years and 3 months and the next 10 lakh units figure came up in merely 3 years and 6 month. Alto also holds the record fro being the only car in the Indian market to cross 3 lakh units sales mark in the gala year of 2010-11.

This feat comes at a time when the petrol car market is at a decline. However, despite the slowdown, Alto continues to lead the pack from its next petrol cars by a fairly big margin. Alto remains the highest seller in the domestic market for the past 7 years in a row. It is also the bestselling small car for the last 2 years even if the global car market is taken into consideration.

With the onslaught from new comers Eon from Hyundai and a speculated Chevrolet Spark upgrade, it wouldn’t be an easy going for the car, however, it has braved many such storms in the past and it is hoped that Alto would continue to be the market leader for a long time from now. Meanwhile a new facelift for possibly its Alto has also been caught a few days back.