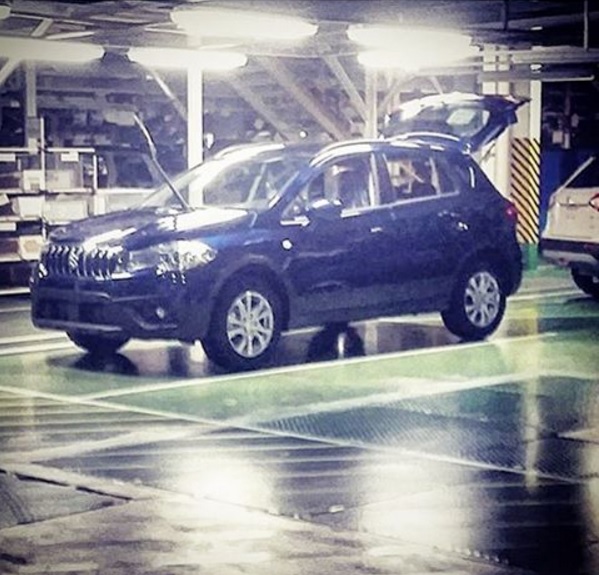 The S-Cross for Maruti is an important product. Well at least initially. Post the Ciaz, the crossover was set to be the their big ticket to the premier league. However, due to several reasons the S-Cross failed to take off. While the reasons may be a tale for another day, what we are here for today is a facelift for the S-Cross.

The folks at Suzuki Cars Instagram page have shared an image of a crossover which seems to have drawn inspiration for the BMWs and the new age Borgward. Yes, that is the S-Cross facelift which is set to be revealed soon. Claimed to be spotted at the the Maygar factory in Hungary, the new S-Cross gains a re-designed front bumper.

The radiator protection grille though is where most of the changes have taken place. It gains vertical slits with some major chrome treatment. The head lamp console also gains a lot of chrome and possibly some LEDs. The projector also make the whole setup look neat. 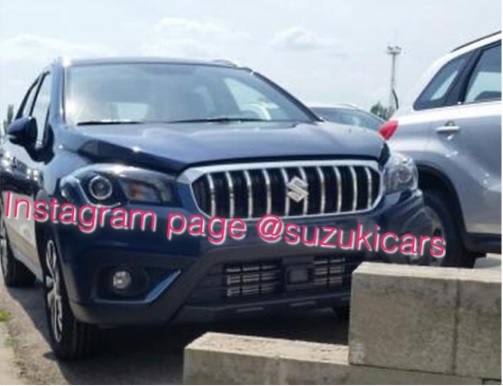 If we talk about mechanicals, Suzuki might just plan to introduce the 1.0 litre Boosterjet mill. There are also rumours of a 1.5 litre petrol mill heading to replace the 1.6 litre gasoline unit sold internationally at present. The diesel though is most likely going to continue with the same multijet 1.6 litre unit sourced from Fiat.

If we talk about India, Maruti has not yet announced any plans to update the S-Cross here. Their focus though at present is on the Baleno and Vitara Brezza, both of which are registering great sales numbers.