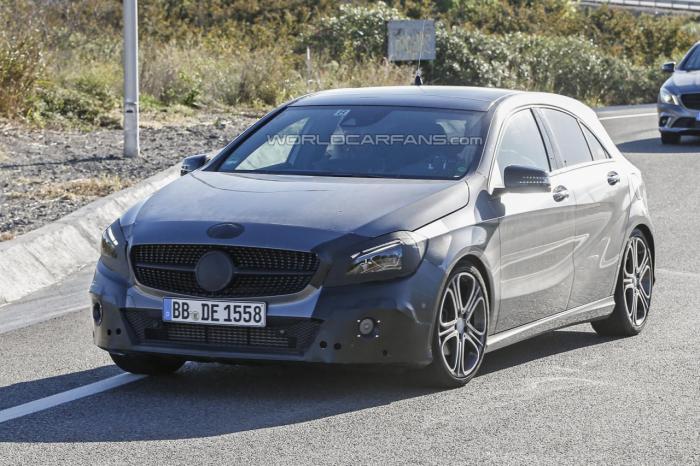 Worldcarfans.com has published what could possibly be the first spy shots of the 2015 Mercedes-Benz A-Class. But it’s not something that would cause you to jump up from your seats and take notice as only the front bumper, headlights and taillights have been hidden. That basically means the 2015 model may only see cosmetic changes without any other substantial upgrades.

Not that it needed any – we were really impressed with the current-gen A-Class when we tested it a while ago this year (apologies for the delay in bringing our road test review to you; it would be up soon). The current A-Class was launched in India last year and there was nothing available in the segment at that price back then. There couldn’t be of course, as Mercedes-Benz ‘created’ this segment in India. 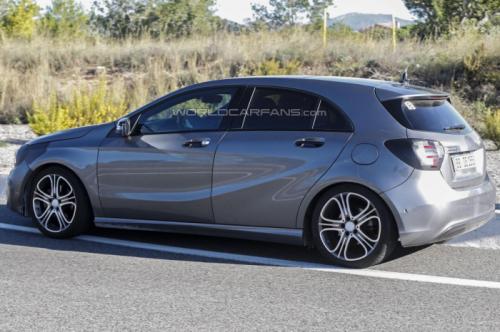 However, BMW soon came with its fantastic 1-Series and had the Merc’s DRLs flaring (pun intended) in contempt. But choosing one from these two turned to be a no-brainer for people who know their cars – if driving pleasure took precedence over everything else, you bought the 1-Series, and if that ‘everything else’ mattered to you more, you bought the Merc… 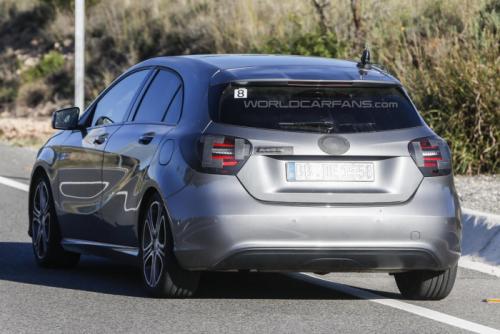 Mercedes also understands it and the new facelift would quietly make way into its showrooms next year without any pomp and show. Expect the car to retain the same petrol and diesel engines that propel the current car and its variants, and possibly the same price too!