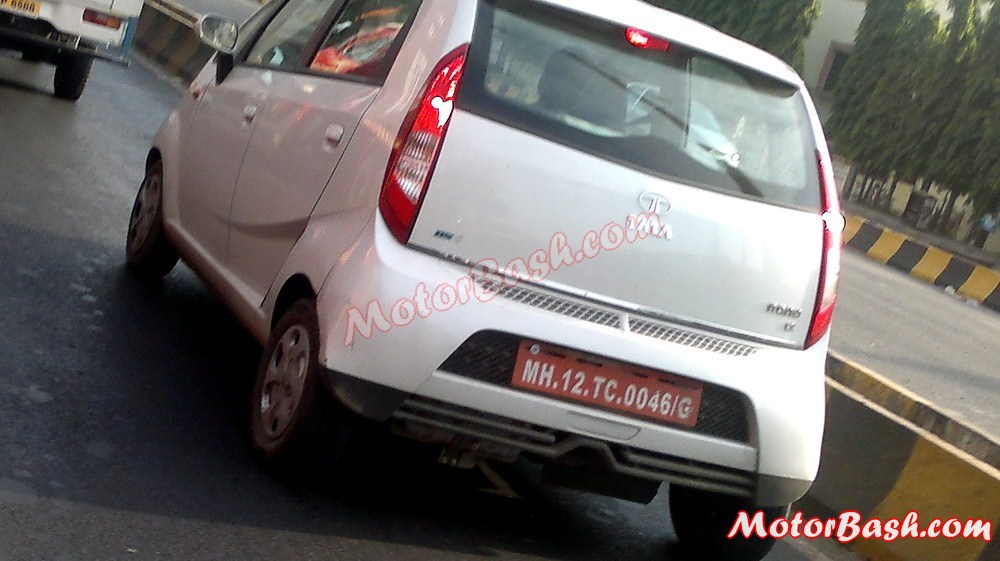 With monthly falling sales, many consider Tata Nano to be down and out! Down it is, but its not out for sure. Tata is preparing a refreshed version of its pint sized Nano and here it is.

Like last year, Tata Nano will go through a series of minor but (hopefully) significant changes to the car in order to make it better and more appealing to the customer. The 2013 Tata Nano refresh will boast of usage of chrome at various places starting from the chrome strips at the bonnet lip as well as the tip of the rear hatch.

As is visible from these spyshots, the rear bumper has also been redesigned and features an extra ventilation source which we believe will help in better cooling of the rear mounted engine. The car also gets a new set of wheel covers and a new blue color. What remains a mystery still is the question of the rear hatch. A few online reports claim that it is openable in this new version but neither do we see an opening mechanism (keyhole) or any hydraulic support to pull it up.

Since Tata has been caught shooting for a promo of this refreshed Nano a few days back, we expect that the new 2013 Tata Nano should be launched pretty soon. 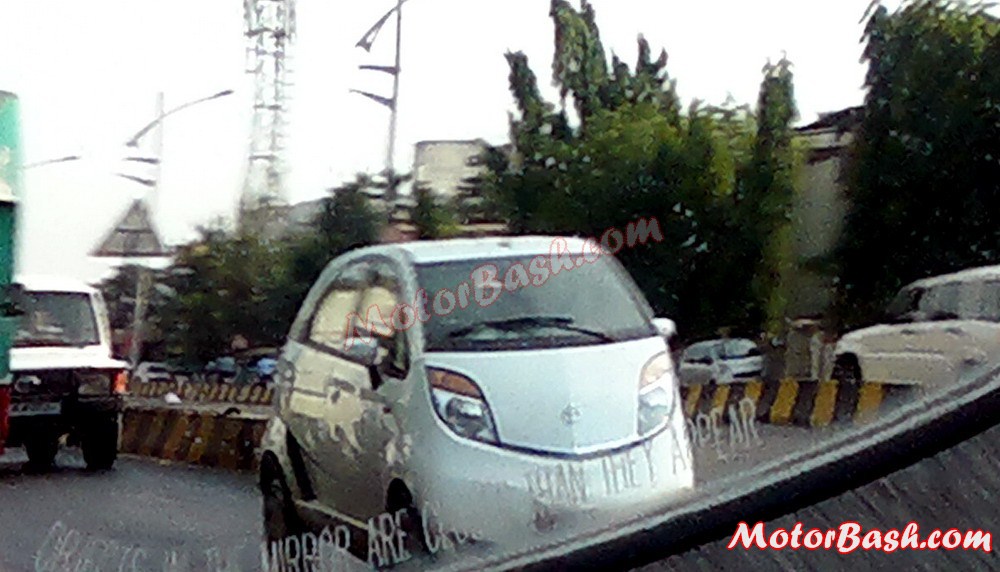 Tata will follow the 2013 Tata Nano with a Nano CNG in similar clothes which will be launched this year. Next up will be the most important Tata Nano diesel which is expected to make way towards the end of this year or early next year (See Spyshots).

Also Read: Surprise! Safari Storme was Planned for a 2007 Launch!