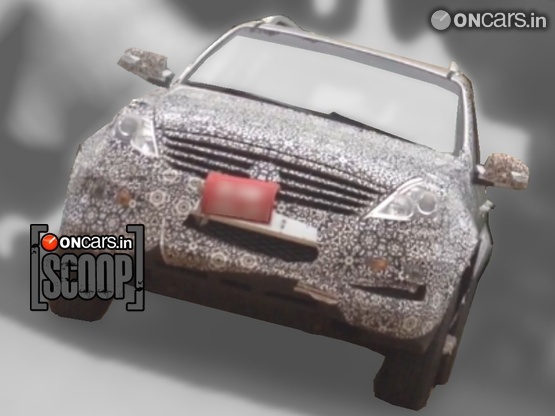 Now this is surprising and confusing at the same time. When almost everything seemed certain that the older Ssangyong Rexton would make it to Indian roads, these spy pics from OnCars.in seem to have got us perplexed!

Old Rexton was caught many times out on the open and we have reported a clear spy pics of the same as well. Ssangyong Rexton W, which looks a lot modern and contemporary, was unveiled at the Busan Auto Show a few months back.

With this new twist of turns, we wonder about the following possibilities:

This also puts a question mark on Rexton’s India launch. Would we be seeing a Ssangyong Rexton around Diwali?Anyways, things should get clear in times to come as we try to dig up more. However, we pray its the newer variant Rexton W that makes to India. Simply because the older Rexton doesn’t look that class. With the new Rexton W and a fierce pricing, we are sure Mahindra would be targeting the Fortuner all guns blazing.

Find below a picture of older Rexton with new Rexton W to clearly distinguish between both the models.

If you want to see more pictures of the new Rexton W and how does it look without camouflage, head over to its picture gallery.