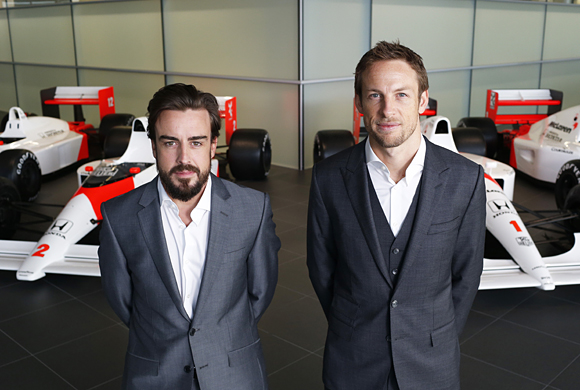 It is finally official! Two time world champion Fernando Alonso and 2009 champion Jenson Button have been confirmed as the main drivers for McLaren-Honda in 2015. Kevin Magnussen, who finished his rookie year in 11th position with 55 points, will now act as a test and reserve driver.