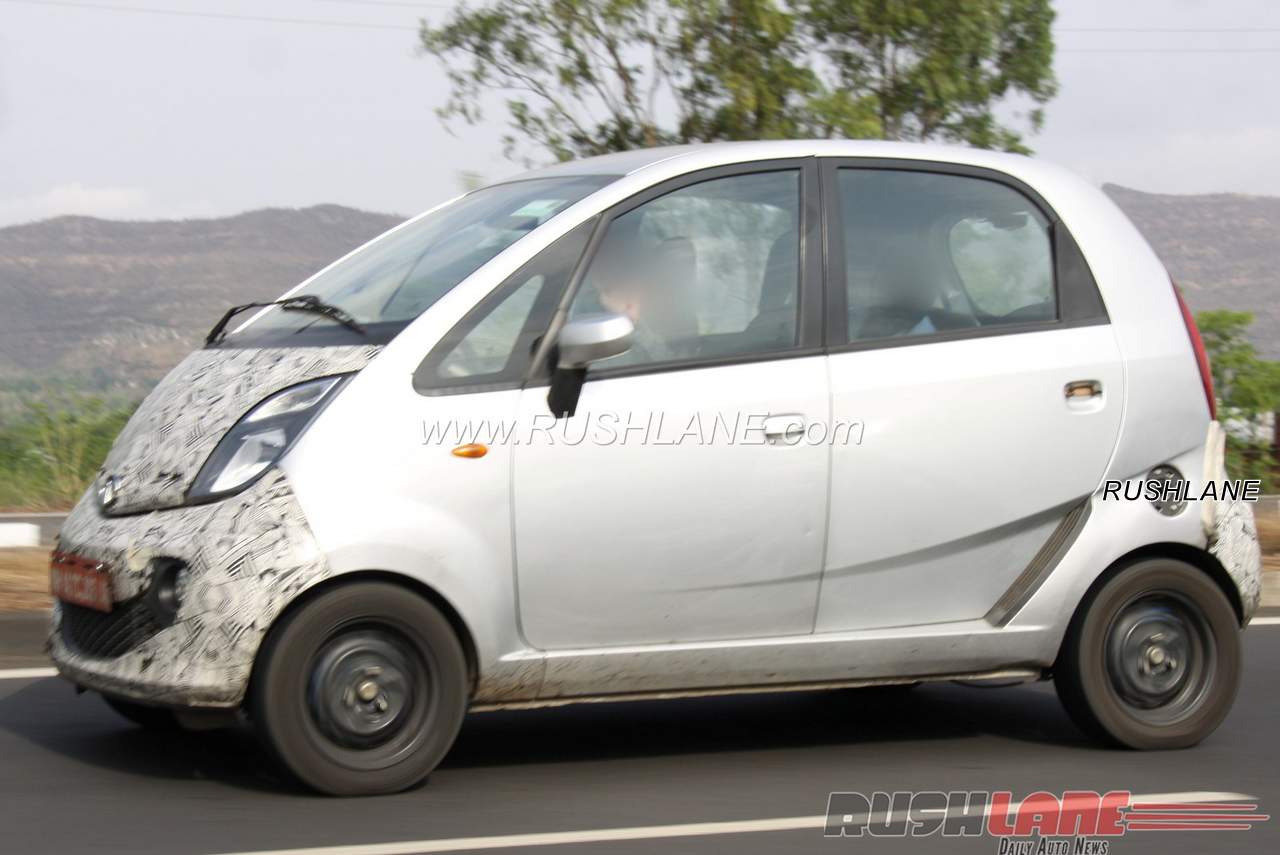 The present version of the Nano drives a small 600 cc mill. There are plans to introduce a slightly more premium variant with a 1.0 litre engine in the Pelican. But no I am not excited about it. What I am more pepped up about is an electric version of the Nano which has been spied recently by the good folks at Rushlane.

It was 2010 when Tata showcased its first electric take of the Nano. This EV concept boasted of a top speed of 110 kmph with a 0 to 60 kmph sprint in under 10 second. It was powered by super polymer lithium ion batteries which will lend the car a range of up to 160 km. In terms of output figures it claimed a modest 53.6 bhp of power and 115 Nm of peak torque. 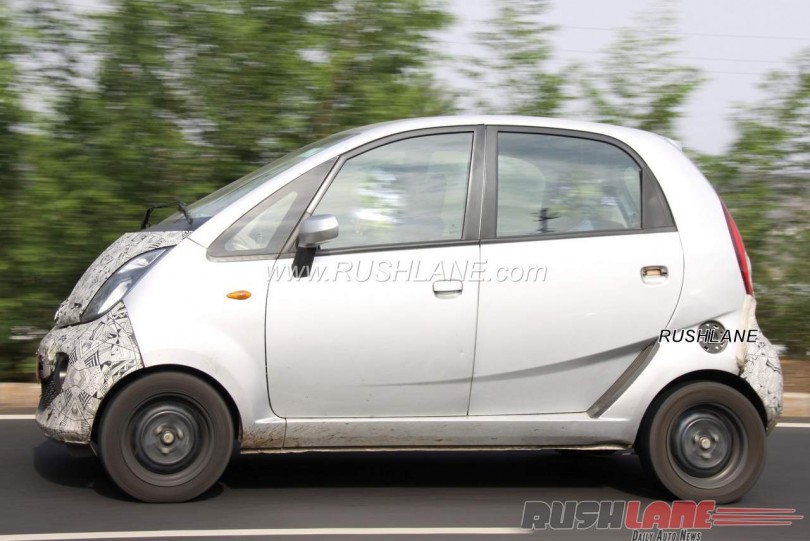 These spy shots though reveal a car which seems to be an exact replica of the present generation Nano. However a charging slot above the left rear tyre is a clear give away. The weight of the battery has certainly reduced the gap between the tyre and the vehicle body which is way less than the standard car. Also the front bumper, hood and rear bumper carries camouflage which might hint towards a slight change in design though most probably limited to a few stickers. 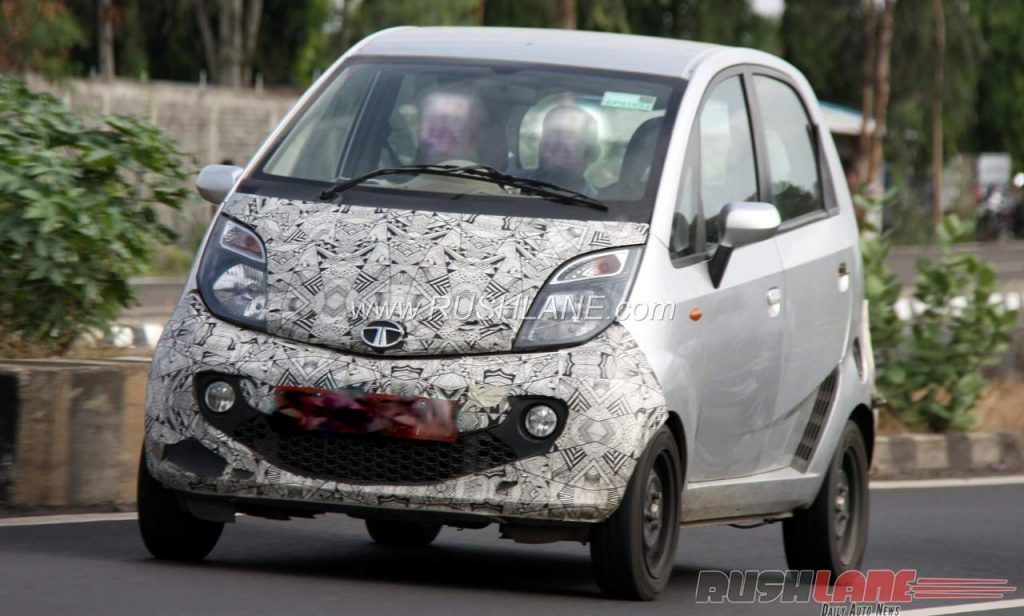 An electric Nano can be a very good solution for urban commuting. With the government too slowly walking towards a path where electric cars get more benefits, owning one can be really affordable.