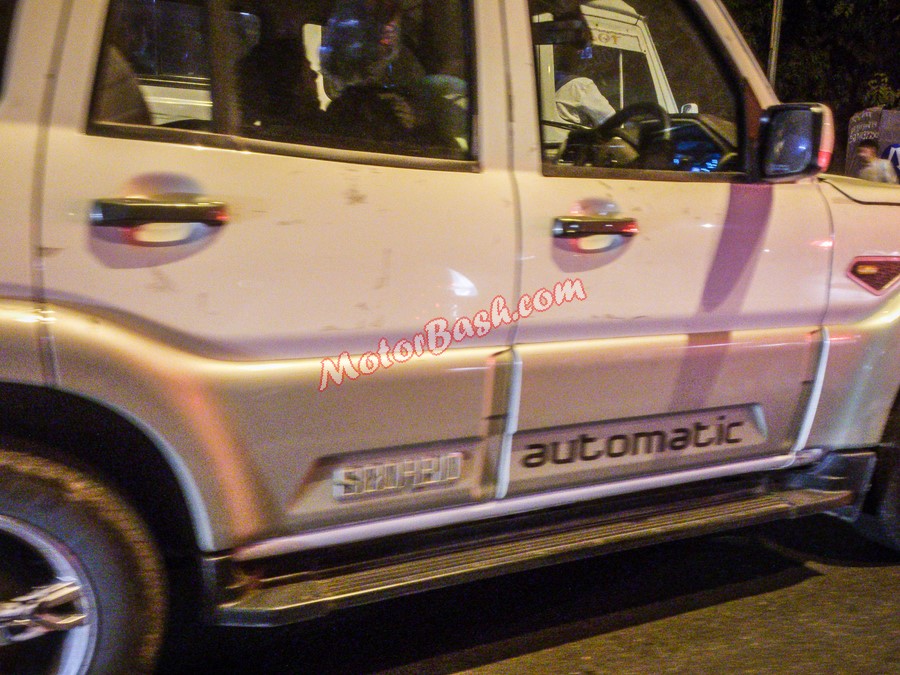 On the 31st of October, we have exclusively revealed Mahindra’s plans of Scorpio Automatic by sharing spy pics of a test mule from somewhere in Gurgaon. And continuing on our coverage, we have a few more spyshots of the upcoming SUV.

There are two mules in this picture set and at least one of them is clearly an Automatic version being tested as can be seen from the badge on the side cladding. There doesn’t appear to be anything significantly different from the new Scorpio which the company has launched recently.

Interestingly, these mules are carrying older nomenclature of variants ie VLX. With the new Scorpio, Mahindra has changed this to S2 to S10. Considering that this is the VLX variant on test, it almost gets confirmed that the automatic will be made available in the top of the line S10 variant. However, we urge Mahindra to provide it in one of the lesser variants as well, like they do it for the 4X4 which is optional on the S4 variant. 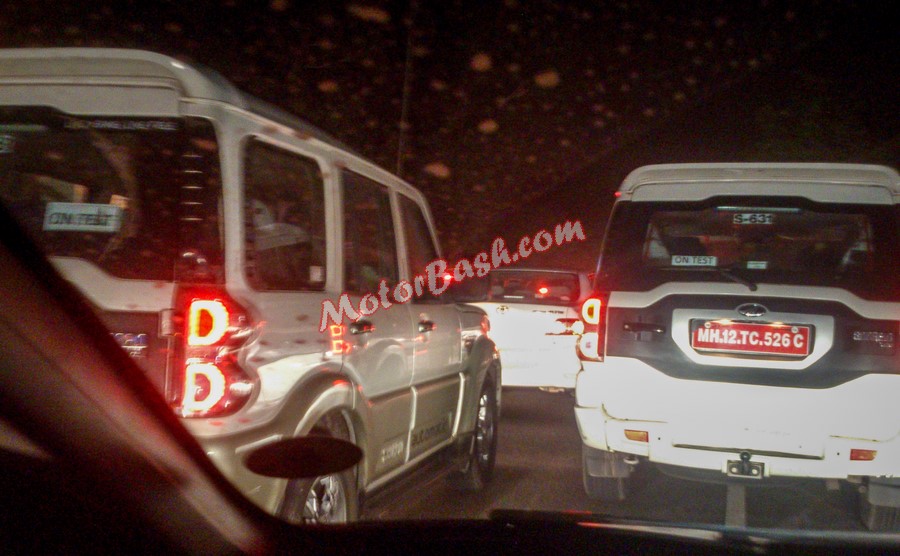 Quite obviously, the 2.2L 120PS, 280Nm Mhawk diesel engine will get the automatic gearbox. Talking about the gearbox, Mahindra offered a 6-Speed automatic gearbox sourced from Bosch on the older Scorpio automatic and it should be the same transmission which this new Scorpio will be getting, unless Mahindra has some surprises in store for us. 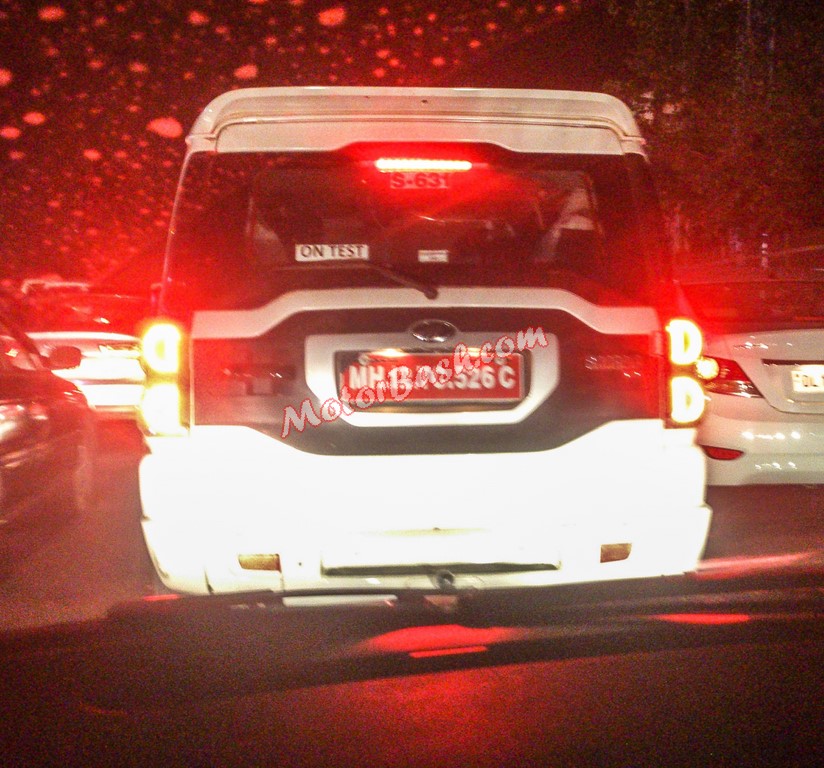 Just yesterday, Quanto was also caught testing with an AMT gearbox and there are already wide speculations of the flagship XUV500 getting an automatic gearbox sourced from Aisin of Japan. Mahindra may start launching these automatics, right from Scorpio from sometime in January 2015.

Related: XUV500 to Get a Petrol Engine with an Automatic Gearbox!