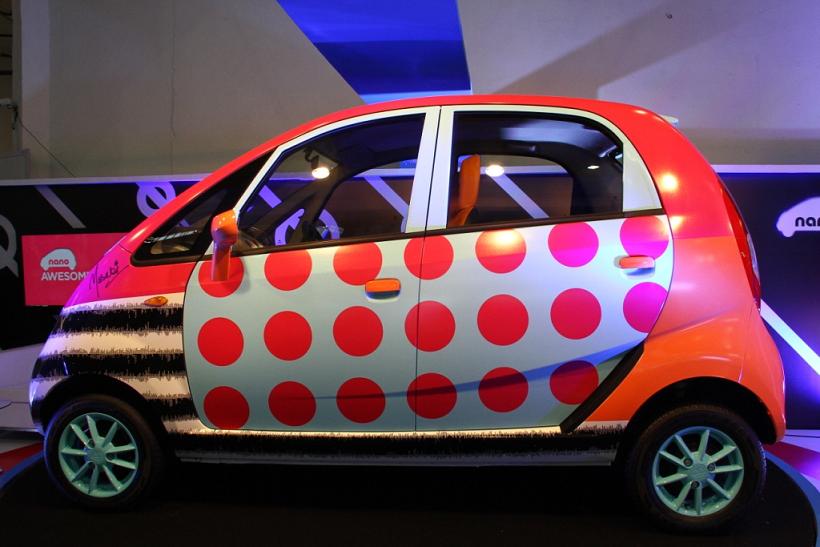 The prodigal ace fashion designer Masaba Gupta part of the Tata Nano TVC will feature a designer model of Tata Nano at the Tata Nano Lounge of the Wills India Fashion in New Delhi.

Tata motors recently came up with a Tata Nano Awesomeness Live campaign to highlight the innovation of Tata Nano and form a platform to credit the young achievers and Inspire youth to learn from young achievers. The talented fashion designer Masaba Gupta has so far been the face of the campaign and the limited edition pop colored car comes as a part of her association with the campaign. 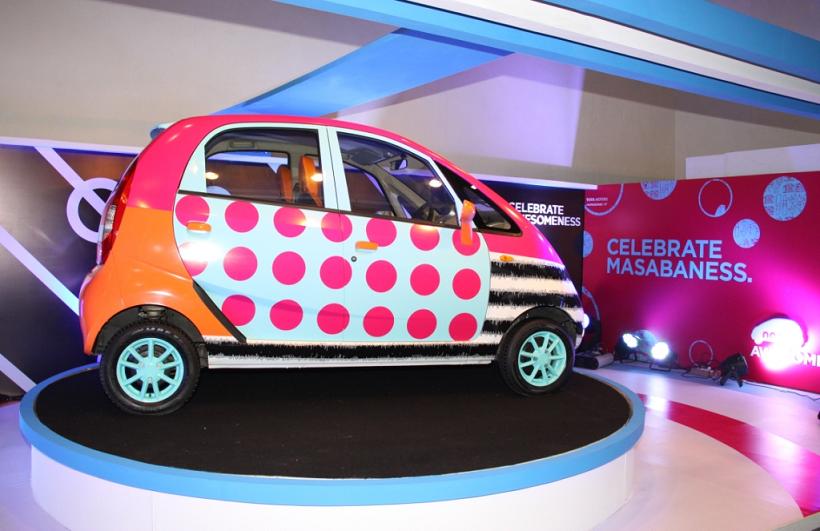 “its mix and match of different sensibilities. It’s about being sporty and sensuous at the same time. I have been working on the creation of the very innovative, fun and stylish looking Nano for a while, and look forward to its unveiling at the Nano Lounge of the Wills India Fashion Week.”

Portraying sporty, feminine and chic looks the car is draped with a splash of colors and signature pop design of the designer. The car gets neon pink polka dots on the body and ikat interior with black and white stripes. 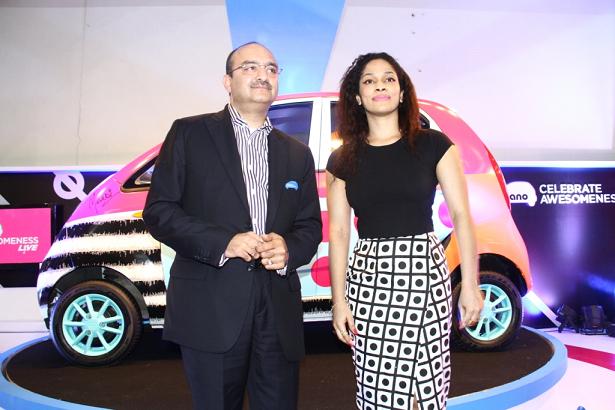 Masaba, who is the daughter of actress Neena Gupta and cricketer Vivian Richards owns a blue electric Nano herself.