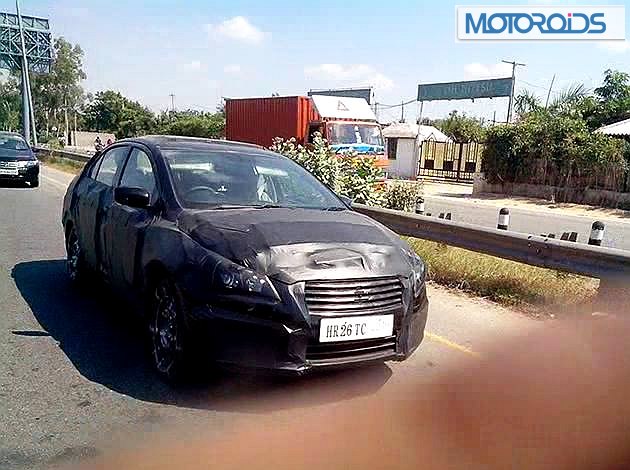 If you are unaware, Maruti is preparing a new sedan which will replace the current ailing SX4 in our market. We revealed the exclusive details way back in April this year. Internally, it is codenamed as ‘YL1’ and it has been spied a few days back.

However, Motoroids.com has published the first ever on-road testing spyshots of a YL1 test mule which was caught somewhere in Gurgaon. The car is running completely hidden to let us know more about its curves and creases.

Though not much is known but it is understood (through earlier spyshots) that this sedan will be based on Suzuki’s Authentics Concept that the company showcased a few months back. 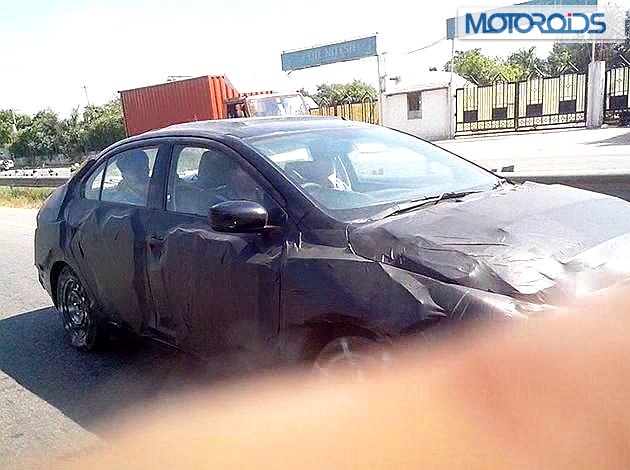 According to the information we have, YL1 is under development at company’s Manesar plant and Maruti is targeting its launch sometime towards the 3rd quarter of 2014. ‘YL1’ will be a more modern car than the current SX4 and will come with a lot of luxurious features, a few from a segment higher.

Many bits and pieces will be shared with Ertiga and Swift and Maruti also has plans to export YL1 to a few Gulf and Western countries. Engine options are speculated to be the 1.4L K-Series that the Ertiga uses currently. Unfortunately, the diesel engine is speculated to be the same 1.3L DDIS that might be tuned for better driveability. But, we would really expect a more powerful engine to do justice to this All-New Sedan! 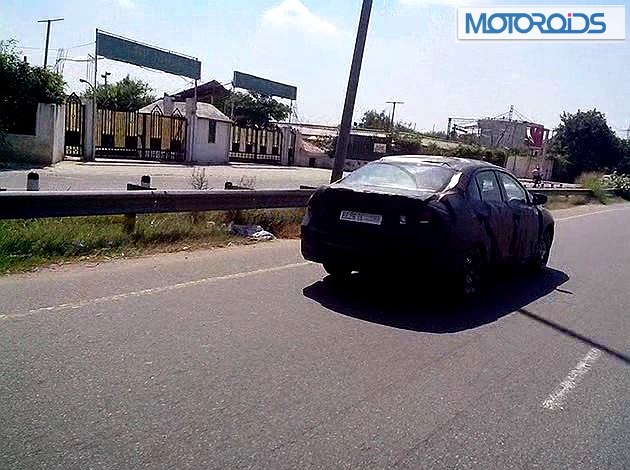 There is also a report that Maruti is working on its own set of diesel engines and it also includes a 1.4L motor. A possibility that this SX4 replacement may get this from launch?

On first looks, this car looks sharper, much better and feature-rich. Maruti has never been able to do well in this higher C-segment and this might just be their ticket to fame, if everything ticks well!